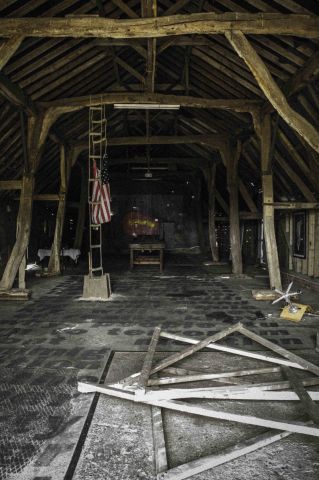 SNIP is an exhibition of nine budding artists in the formative years of their study at Ipswich’s new Art School, the UCS, along with one of their tutors. Suffolk has a long history of successful artists including Art School alumni and tutors such as: – Colin Moss, Brian Eno, Matthew Darbyshire and Gillian Carnegie, whilst one of whom has a prominent position in SNAP, Maggi Hambling.

SNIP consists of a handful of artist’s work selected from a wider cohort of entrants. Whilst at first glance appearing both formulaic yet slightly haphazard; with the seemingly obligatory manifesto and it’s suggestion of self-importance, the catalogue with its wet ink changes, and the ongoing challenge to help prospective viewers find the exhibition, it is clear that SNIP’s organizers are dedicated to achieve alongside the prominence of SNAP. The artist I met who was the duty invigilator demonstrated a proactive determination to show case her work and for it to be correctly interpreted. Whilst much of the work has a subtly pensive nature there seems to be the odd incongruity, although the interviews by Caroline Wiseman within the catalogue help to address these. Many of the works seem to be fully formed whilst the others show huge potential, and collectively they more than justify the journey from SNAP.

The exhibition setting is a working farmyard, the barn housing the works is an amazingly old and functional space, with light blasting between the weather boards, picking up dust kicked up from walking, not unlike a Tim Fitzwalter image. Cool and dark, the building enables the lens based illuminations to shine whilst the ephemeral nature of the still photography by David Baldry and Shaun Camp holds one captive long enough to see the references and suggested imagery; provided by your own bank of visionary sources whether it be Man Ray, Rauschenberg or more commercially inspired and decorative. Some of the 3D work is especially well appointed and professionally finished, most notably that of Thomas Webster, 1939. Depicting a seemingly simple concept of boys with toys becoming men at war, the work is well considered. Yet I felt it might have been better placed if the flag at half mast could have playfully fluttered in the breeze, instead of remaining stagnant and limp within the barn.

The enigmatic Project 5am presents an unimposing yet intriguing installation incorporating video, sound and an assemblage of items one can interact with. Sitting at the dinner table you can listen into a book group’s discussion and even hear extracts of the play performed by local actors. You might think that the installation of a dinner party within a barn a strange juxtaposition but the scene works well and presents his work in an imaginative way.

Furthermore Sahra Dunford’s plaster casts which are eerily suggestive of a ribcage and utilized the natural erosion of tidal and river current for their creation, is quite striking. The work is closely connected to the lunar phase with the plaster’s metamorphosis taking a moon rock presence pitted with craters and fissures appear other worldly, very much along the lines of another great contemporary artist, Anya Gallaccio.

Other works include Alexander Osborne’s Turn of the Screw – an instrument of torture, Joshua Tysons Inside My Head 3 – a horror movie montage, Karl Fountain’s Broken Britain – newsprint headlines which you get to trample over and Kate Manning’s abstract sculpture, Nothing Ever Moves, and let’s not forget Andrei Costache’s oversized phallic banana, suggestive to me of the anti-cancer benefits of the fruit. I could go on…

…but in short SNIP is worth a visit and you should take the opportunity whilst at Snape to see what is emerging from the new Ipswich School of Art, the UCS Ipswich.