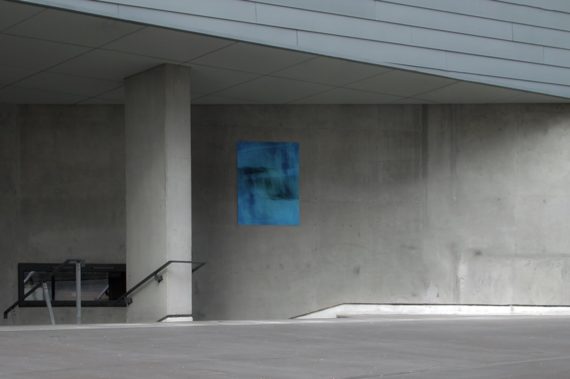 Newlon Housing Trust commissioned Artist Micha Eden Erdész in 2011 to create ‘So Near Far’ at their London flagship site Ashburton Triangle, on the periphery of a major London sports venue in Holloway.

‘New_Lon / So Near Far’ was devised in relation to stories told by residents of Ashburton Triangle in relation to their unusual placement on the edge of the Emirates Stadium, home of Arsenal Football club.

The highly reflective artwork adorning the buildings fascia, compounds information from these stories with emphasis on one account in particular.

A water-filled glass placed on the floor of the lower-ground foyer froze during the early stages of the building’s winter occupation.

Viewed from above as residents passed by, the glass achieved mythic status as a metaphor of life on the edge of a stadium.