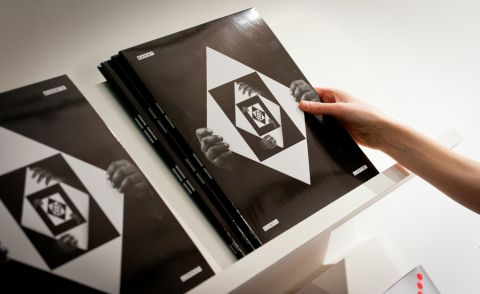 In his seminal work The Gift, Marcel Mauss argues that gifts are never free. With every gifted object, a transaction is born where the giver does not merely give an object but also a part of him. Giving and receiving create a reciprocal exchange where the objects exchanged are indissolubly tied to the individual. Because of this link, the act of giving creates a social bond with an obligation to reciprocate.

The South London Black Music Archive is undeniably indebted to Mauss’ theory. The gallery space has been transformed into an archive, where visitors are encouraged to donate music-related items for the show. The aim is to create an archive that maps the evolution and influence of black music in South London, with The Fugees and an Amy Winehouse doll featuring side by side. Needless to say, each gifted object is intrinsically connected to the giver through their personal stories. So we see the beginnings of a social bond, for which Barby Asante and Peckham Space are kind enough to reciprocate with a vinyl record made by a group of young people, who are part of the programme Leaders of Tomorrow. The record itself is a selection of songs chosen by the young people and recorded under Barby Asante and Vallin Miller’s tutelage* – a soundscape that explores their legacy, under the guise of music. Imbued with their personal histories, I can’t envisage a better way of nurturing this social bond – in exchange for their memories the visitors take away a small part of the young people themselves.

Within her practice, it is not the first time Asante has invited the audience to be a central part of the exhibition, through their interaction and experiences. In Journey into the East (The Showroom, 2002) she recreated the essence of a teashop where visitors could come to meet over a cup of tea, talk to the artist or gather their thoughts. Her concerns are not far-removed from the much used and often criticised term “relational aesthetics”, as coined by Bourriaud. Central to both, are the artist as facilitator and the artwork as a social environment in which people come together to participate in a shared activity.

In her exploration of black culture and the participatory nature of her work, she owes a lot to the likes of Adrian Piper and Suzanne Lacy. Although less overtly political, the intention of her work seems similar to Piper’s belief that “we can be transformed by immediate experience” where the work acts as a catalyst and as such is “non-existent except when it functions as a medium of change between the artist and the viewer.”

According to the artist, the Archive is a celebration of the influence of black music while also being a conversation starter. It’s an indirect way of getting a community talking about race, of acknowledging that this is an issue that is not as yet resolved but needs addressing even today. Interestingly, it is the front-of -house staff at Peckham space that has had the most interaction with the community. In answering their concerns, they are her voice. They speak for her, interacting with the public whilst engaging in interesting debates around the donated objects and the memories attached to them. Slowly, the archive, which also includes audio equipment to listen to a selection of Asante’s music, is enriched with the objects and stories donated by the community.

When the exhibition ends, part of the archive will continue its precarious existence as part of an archive: some of the items will be returned to their owners, while the rest will be donated permanently to the Black Culture Archives. The artist is also considering making a print of the map of South London on display at the gallery, which allows visitors to contribute their stories of music via text message.

The exhibition is certainly worth a visit, especially if like me, you no longer own a record player to listen to the Legacy Tunes vinyl. However, there are a few issues that bring into question the effectiveness of the archive as a model for interaction. For an “open archive”, the whole process is fairly bureaucratic: it has appropriated the formalities of a traditional archive, where the staff catalogue and bag every single item. The non-art object is converted into an art-object with the inevitable futility that accompanies it. The donated pieces are displayed “with the reverence of museum pieces” – the CDs and vinyls are classified then bagged, the t-shirts hung and the dolls packaged. (I am not sure that elevating these everyday objects to the status of museum pieces has a positive outcome.)* On the other hand, it makes use of a fairly institutionalised method (the archive) and plays with the idea of the temporal and the permanent, the fact and the myth. There is still the risk of the archive turning the discourse inwards but the public’s interaction possibly supersedes this issue.

*I would like to rectify, after confirming with Peckham Space and Barby Asante, that all the items on display are free to touch, play and explore – except during events – where they run a risk of being damaged. This certainly alters the way the audience can interact with the Archive, which now definitely functions as a space for the creation of knowledge and interaction as well as conversation starter.

Interestingly, I think the Archive may be seen as an excuse for these conversations, these models of sociability that happen within the gallery space, in which case maybe the artist should consider keeping some sort of record. Maybe, as with relational art, the problem may be that to be politically relevant and effective, these experiments need to be linked to social movements. If it remains within the gallery it runs the peril of being seen as a game, cut off by the institutional divide and alienating those who would find it more useful. The more interesting conversations and social bonds are already happening wherever people are trying to organize themselves beyond the system of pre-existing exploitative relations.

I see the South London Black Music Archive as providing a space to talk about and re-thinking these relations, living proof yet again that communities find music, rather than art, as a more approachable common ground.

* Tate Modern’s Community and Regenerations Partnership’s programme were a partner on the production of the vinyl, which is called Legacy Tunes. 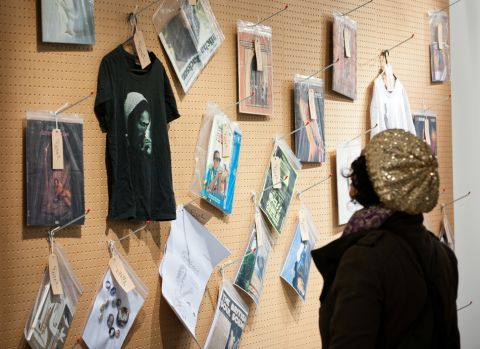