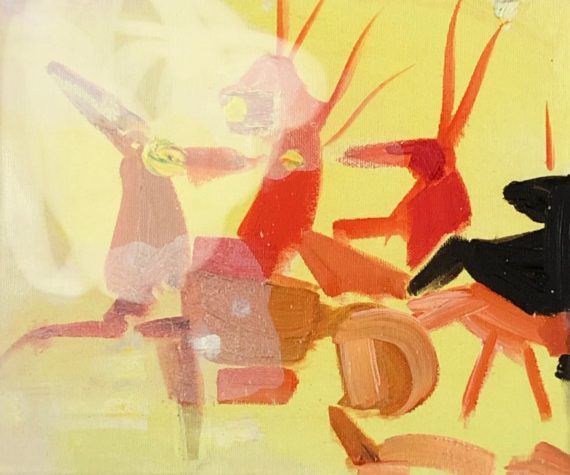 Paul Stolper opens today with ‘Unbound’ a solo exhibition of new painting, prints and works on paper by Susie Hamilton.

Literature is a constant influence on Susie’s work and the new paintings, drawings and prints all have poems or plays as a source. They are also connected by the image of The Rider. 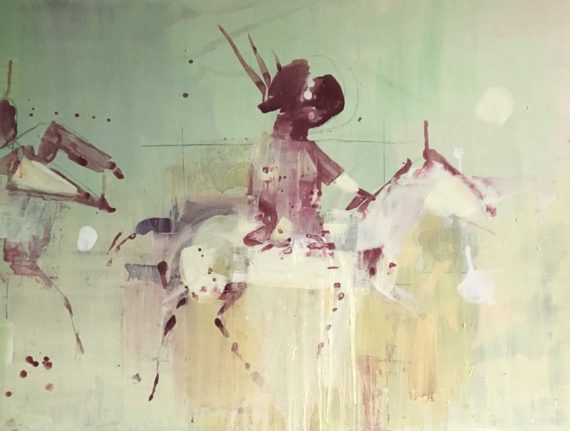 Susie has painted The Rider as either an ecstatic or combative figure or as a solitary wanderer journeying through wilderness. And it is this last image that inspired her Gawain series where Sir Gawain, King Arthur’s nephew and a Knight of the Round Table, embarks on a desolate winter journey and fights with fantastical creatures on his way to his appointed meeting with the Green Knight. The figure in this sequence is dwarfed, alone and surrounded by cellular forms which represent some of the uncanny aspects of his expedition.

In a second group of works the artist has fused images of samurai with those of horsemen from Marlowe’s Tamburlaine and Shakespeare’s histories and tragedies. Marlowe elevates his hero in gorgeous language full of reds, golds and cosmic imagery. What Ben Jonson called Marlowe’s ‘mighty line’ enacts the aspiring visions of the conqueror. However the energy and radiance of the blank verse are imbued with extreme violence. “Despite the glamour of the warriors, the horror of conflict is an obvious element of my work and is represented visually by mess and blots and smoky layers and rolls of colour which undo form and cohesion. The vitality of the horseman is also counteracted by an appearance of erosion, with areas of the paintings defaced or wiped away as if mutilated by time. The movement of combat is therefore halted and stilled.” Susie says “My figures are vulnerable to nature, time and to each other but also to the materials of pencil, charcoal, pastel, water and paint.” Describing her working methods she says “I like to paint people in challenging environments and then subject them to an ‘iconoclastic’ method of working which makes and unmakes them. I draw over bodies, obscure them with smears and blurs, dissolve them into fluidity or turn them into semi-abstract forms in order to pull the known towards the unknown. These equivocal, abstracted shapes, representing figures or surrounding them as part of a landscape, suggest reality changing and expanding. The familiar is morphing into the mysterious as in Sir Gawain and the Green Knight in which supernatural and everyday are interconnected. And, inspired by the stealthy, hidden forces of fate or ‘wyrd’ in this poem, I allow areas of painting to make themselves, since I let paint ooze, creep, flow and curdle into ‘weird’ shapes outside my control. These involuntary marks express for me the unseen motions of the Anglo-Saxon concept of ‘wyrd’, from which our modern word, ‘weird’ is derived.” 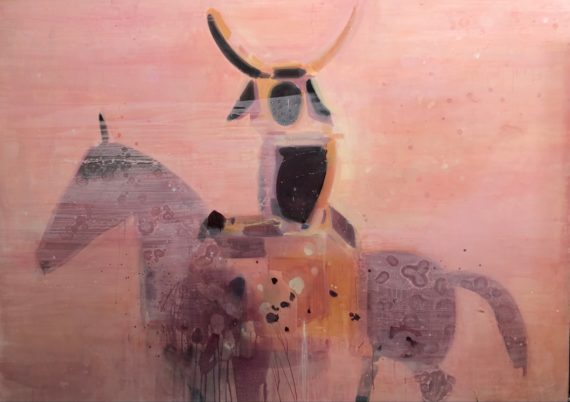 ‘Unbound,’ the artist explains, refers both to the freedom and energy of horses and riders and the way in which her painting is unshackled from realism in order to transform and make strange a recognisable figure, object or landscape. 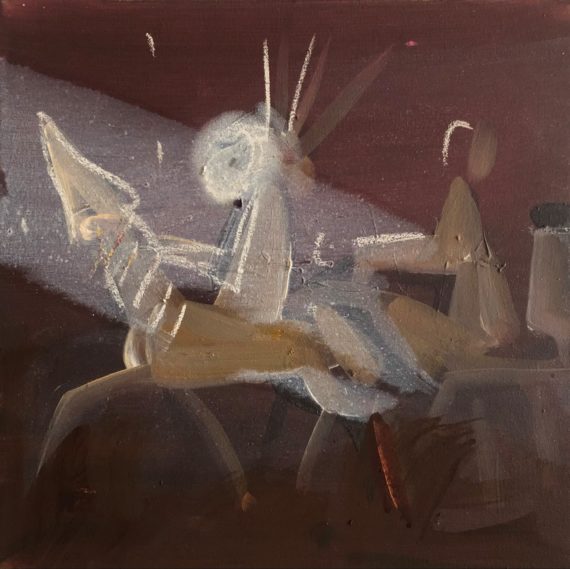 Susie’s paintings had wide media coverage, her Covid-19 series were featured in many outlets including The Art Newspaper and Studio International magazine. She originally studied Fine Art and drawing at St. Martin’s School of Art and Byam Shaw School of Art and she has a first-class degree and a PhD in English literature from the University of London. Susie is the recipient of many awards including the Graham Hamilton Drawing Prize. She will be painting three large murals for Hospital Rooms at the new Springfield Hospital, Tooting, in May, a charity that she has worked for since 2018. She lives and works in London. 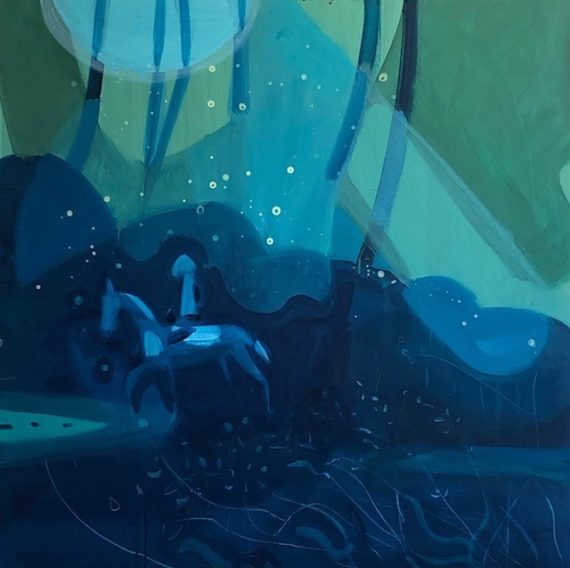 Unbound is open until 11 June and is due to be one of the highlights at London Gallery Weekend. www.paulstolper.com