The changing face of journalism - a-n The Artists Information Company 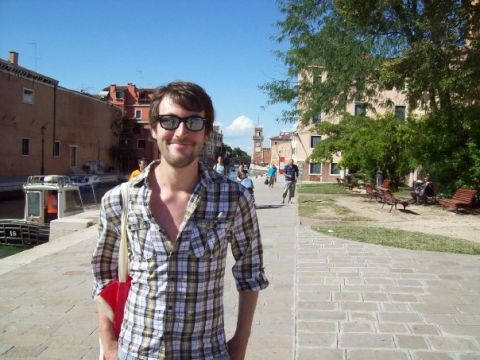 As we move into the second decade of the new millennium, the media industry is at a critical epoch. There has been a shift away from the traditional few-to-many model to a many-to-many methodology based on two-way interaction and exchange. At the root of this revolution is the internet, and the movement from print to digital media. The reader is key, with organisations having to be more transparent and perceptive of their customer’s needs. The impact of social media sites such as Twitter and Facebook has been immense, alongside new technologies and mobile devices that make access to the web easier than ever. What does this landscape look like, and what does the future hold for journalism?

The 2010 UK General Election was the first in the social media age. The number of people tuning into the live television debates was staggering, the final event attracting over 8 million viewers. Yet few people experienced these historic events on a single screen. As Charles Arthur reported in the Guardian, thousands of people, and especially first-time voters, were watching them on two screens: the TV screen and their mobile phone or computer, which they used to monitor and respond on Twitter and Facebook. The result was instant, real-time reaction to the candidates’ appearance, words and policies.

The @Tweetminster account – which describes itself as “a media utility that connects you to the politicians, commentators and news that shape UK politics” – reported that in the third debate there were 154,342 tweets relating to various terms around the leaders’ debate, coming at 26.77 tweets a second, spread among 33,095 people. Facebook was playing its part too with groups such as Democracy UK campaigned to get people to head to the polling stations. According to statistics released 14,000 people downloaded voter registration forms through Facebook alone and on election day over 1 million of its users had voted. A passing trend? Few would agree.

One of the most intriguing aspects of social networking sites is the ability for people to use it to coordinate voting behaviour. Under our current electoral system, the result of numerous seats was close enough to be determined by a few hundred coordinated voters. Sites such as Voteforachange (http://www.voteforachange.co.uk/) are fantastic tools in enabling this synchronisation. There is a strong argument that those who ignore these tools will quickly be left behind.

Media organisations have responded in a variety of ways. Most newspapers now employ a dedicated ‘tweeter’, with broader social networking research key to business strategies. Many publications have spruced up their content, producing Podcasts and Videocasts to try and convince their readership to stick with them throughout the period of upheaval. Websites such as YouTube, Audioboo and Ning offer attractive, new-media alternatives to traditional, stale methods of reporting. Some magazines have attempted to balance the traditional paper copy with new technologies. The concept of the ‘living magazine’ has already been experimented with by Esquire magazine, whose December 2009 issue featured an augmented reality cover in which Robert Downey Jr introduced the magazine’s content. Outlandish, but definitely a glimpse of the future.

A key development in media communications has been the rise in mobile micro-blogging. The most attractive thing about the web is that it allows you to connect with anyone, anywhere in the world – not much good if your laptop is at home. To solve this issue, smartphones such as Apple’s iPhone and Google Nexus have introduced un-tethered data roaming charges that effectively allow you to stay connected to the web, all the time, at minimum cost. Newspapers such as the Guardian and New York Times have developed their own apps that re-format their websites to be easily read on mobile phones. An acceleration in information processing is at the root of these developments.

A major element of the success of news-industry apps on the iPhone is down to the attractiveness of the device that houses them. The iPhone is a fantastic looking gadget, one that entices you to play with it. Not withstanding the sense of community iPhone users have with one another (recent figures released by Apple show there are over 34 million users worldwide), the bottom line is they simply make it appealing to read the news again. Why bother with paper copy when you can have the same content and more on your iPhone? I know which one I prefer.

However, for all the success the iPhone has had in re-invigorating the way people access their news, the behemoth that has really got the media industry excited is its big brother: the iPad. Touted as ‘the saviour of journalism’, the iPad is a tablet computer designed and marketed by Apple for Internet browsing, media consumption, gaming, and light content creation, and establishes a new class of devices between smartphones and laptops. Following in the footsteps of the Amazon Kindle e-reader, the iPad will house iBooks, basically the literary equivalent of iTunes. Several major book publishers including Penguin Books and HarperCollins have committed to publishing books for the iPad. What’s more, Conde Nast Publications will sell iPad subscriptions for their GQ, Vanity Fair and Wired magazines by June. Google will also launch its own e-book store this summer, setting the scene for an all-out war with Apple and Amazon over the future of the digital book market. There can only be one winner: publishers.

The key word here is ‘sell.’ Publishers have been desperately searching for a framework with which to sustain revenue and income. In a similar crisis to the one faced by the music industry several years ago, there has been a critical need for some kind of long-term and profitable online methodology to maintain magazine and book sales. The potential for advertising revenue online is still debatable. The market research and investment banking firm Veronis Suhler Stevenson projects that by 2013 three elements of old media – newspapers, radio and magazines – will take in 41% less in ad revenues than they did in 2006. A new model needs to be sought to transfer the ad systems of old media onto the web. As yet, no-one has the answer.

If you compare Google’s homepage with any newspapers there is one striking difference: there are no advertisements. Online display ads simply don’t have enough impact on users to be attractive for advertisers, and therefore don’t generate enough income for publishers to sustain the newsrooms. So is there a lesson to be learnt from this? Journalism consultant Grig Davidovitz suggests newspapers should invent a revenue model that utilises their unique advantage on the web: their credibility. It may appear ridiculous that newspapers would rely on the level of trust the public puts in them. Yet Davidovitz notes that, from a reader’s point of view, the first step before buying a product or a service is deciding what to buy. The best agents to answer such questions online should be newspaper websites, as they have both the knowledge and the credibility.

The level of trust the public places in a publication or company raises some important questions on free speech. Apple is a case in point. As blogger and Guardian columnist Jeff Jarvis observes, media executives have acted as though the iPad gives them a chance to move away from the free web model and instead get users hooked on paid apps, purchased through the iTunes store. However, what if Apple takes offence to content filtered through a specific app? There has so far been no guarantee from Apple that apps won’t be removed should they include negative information on the company. As Dan Kennedy, assistant professor of journalism at Northeastern University in Boston, reports, “Journalists might consider rethinking their love affair with a company that arrogates unto itself the right to act as judge, jury and executioner as to what it will make available to the public and what it won’t.”

The case of the Pulitzer Prize winning political cartoonist Mark Fiore is a prime example of the issues surrounding free speech and digital content. Fiore was banned from Apple’s iTunes store last December after they took a dislike to the app he was developing. Apple informed Fiore that his app violated the iTunes Store policy against content that “ridicules public figures”, notwithstanding the fact that ridiculing public figures is pretty much the primary mission of any political cartoonist. The incident did not go unnoticed and in an attempt to quell bad publicity Fiore’s app was very quickly re-instated. As Kennedy has noted, “A free society depends on the free flow of information.” Can we ever trust a company like Apple to deliver this?

What is the future shape of media? It is the customer that holds the key. Nick Appleyard of the Digital Britain programme lead Technology Strategy Board recently stated at the Changing Media Summit: “Those concerned about the viability of their current operating models should first build their understanding of how their customers prefer to use their content and services, and then redesign their monetisation strategy accordingly.” More sustainable, flexible models are required that do not shy away from allowing customers to tailor and personalise their experience. Whilst stopping short of suggesting newspapers should hand over content to their readers, the media must take a look at the digital landscape around them. It is one of people talking and listening to one another – not ostentatious dialogue.