My residency at Skaftfell has now finished and I am travelling on to Akureyri tomorrow. Here are more drawings that I have made during my time in Seyðisfjordur. It has been quite a challenge to draw outdoors here and many […]

I hired a car and headed up the west coast to the Snaefellsness Peninsula to stay in Hellnar, a tiny place on the end of the peninsula at the base of Snaefellsjokull, the volcano and glacier that inspired Jules Verne […] 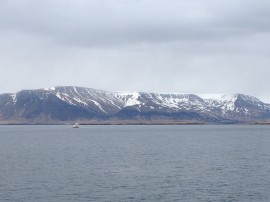 In 2014 I completed my MFA at the Slade School of Fine Art where I awarded the Boise Travel Scholarship. I am using this scholarship to spend the next 8 weeks travelling around the unique landscape of Iceland, gathering research and making new work.