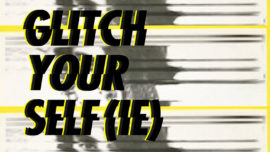 Have found the positioning I’m happy with and have added the corresponding hexadecimal colour code to each of the large pixels. I think this has the right balance between emphasising that this is a digital construct and being an interesting […] 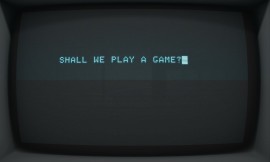 I’m interested in how digital images are really algorithms, working with code. This code could be interpreted in multiple ways – a song, a video, an image etc. It’s just one and zeros existing as electronic impulses on a memory […]

Continuing on from my attempts to deliberately break or glitch images I’ve been looking at how digital files are downloaded and what happens when some of the data is missing. Torrent sites host illegal downloads of movies, software, music etc […]

I’ve been manipulating the inner workings of images for a while. Essentially, it’s a digital image that I have opened up in a hex editor, changed the code around and then resaved. For these portraits I thought it would interesting […]

Something I’ve wanted to do for a while is to get more physical with my work – to get away from digital and to create something with my hands. So as part of my Breaking Pictures series I thought it […] 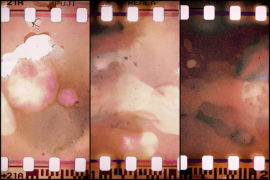 Exploring the different ways I can “break” an image.