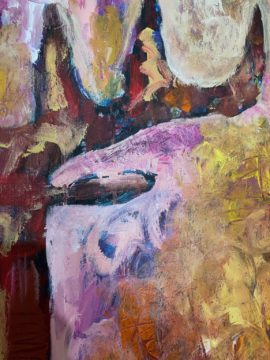 New piece I have been working on.

Week One at La Ceiba Gráfica has been about gathering equipment and materials to begin setting up my temporary screen print studio. And as I have been given a space on the beautiful new mezzanine overlooking the new ‘Taller de […]

So part of this project is gathering ideas from far away and exotic lands, but much of it is also about using what you have in a sustainable way that’s good for the planet… or better at least. So before […]

Experimenting with the larger ‘droplet’ by trying resin pigments. Having been told that the colour bleeds into the clear cast resin during curing, but wanting the swirling effect of marbles, I tentatively used the the special resin pigments, but also […]