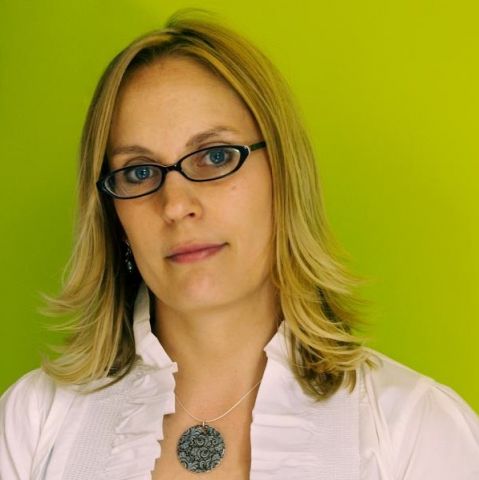 In recognition of the need to develop a clear and effective set of options for partnership among various organisations representing visual artists worldwide, research on the following topics was collected:

In the fall of 2011, AIR (Artists’ Interaction and Representation) in the UK, and CARFAC (Canadian Artists’ Representation/Le Front des artistes canadiens) agreed to conduct research about international visual artists’ representation.

A detailed list of 90 artist organisations with nearly 150 contacts was developed.

A survey was created to gather information about the organisations themselves, in order to determine their mandate and scope of interest, and their administrative and financial structures. Additionally, organisations were asked whether they belonged to any regional or international associations. If yes, they were asked what those organisations do and if, as a member, they felt they were effective. They were also asked what they want from these international representative bodies. If not a member, they were asked if they had other ways of communicating with sister societies, and what their needs were in developing that kind of interaction.

The survey was distributed by email, in English, French, and Spanish. While translation for this report will be provided, the appendices may only be available in English, with French and Spanish responses available upon request, if the organisations responded in either of these languages.

Artist associations are typically involved in the provision of Advocacy, Lobbying, Labour, and Services for their members. While some countries engage in all four areas, most are more limited in scope.

Those that are actively involved in advocacy and stakeholder relations typically take a grassroots or community approach to policy development and research. Typical activities include research, data collection, publishing magazines, providing artists with legal and financial advice, etc. Examples of countries that are involved in this kind of activity include Australia, Austria, Brazil, Canada, Chile, Costa Rica, Denmark, Estonia, France, Germany, Greenland, Liechtenstein, Lithuania, New Zealand, Norway, Scotland, Switzerland, the UK, and the US.

Some organisations engage in political lobbying, which may include a more formal government relations approach to policy and legislative change. Typical activities include lobbying the government regarding public arts funding, and policy development that aims to improve artists’ social, economic, and legal rights. Examples of countries that are involved in this kind of activity include Australia, Austria, Canada, Chile, Denmark, Germany, Liechtenstein, Mauritius, Netherlands, Norway, Scotland, and Switzerland.

Labour-based associations are frequently involved in union-like negotiations and collective bargaining on behalf of their members. Typical activities include recommending rates of pay, providing contracts to artists, and recommending best practices standards. Countries that are involved in this kind of activity include Australia, Brazil, Canada, Estonia, Greenland, Netherlands, Norway, Scotland, Switzerland, the UK, and the US.

All of the organisations are national in scope. Due to the small size of many countries, or lack of financial resources, most organisations offer one central office. Some countries, such as Brazil, Canada, Chile, Denmark, Lithuania, Netherlands, Sweden, Switzerland, and the UK offer regional representatives and/or offices, and activities.

Some associations (such as the CNFAP in France) exist only as a national committee of the International Association of Art (IAA), while others in Australia, Germany, Norway, and South Africa operate as an umbrella representative for other visual artists’ organizations. Some organizations, such as KIMIK in Greenland or Maison des Artistes in France are unable to join international associations like the IAA, because there is already a representative national organization that is a member (BKF and CNFAP, respectively).

Membership numbers reported by organisations vary from an unbelievable 60,000 in France, to 20 members in Greenland. The average number of members per organisation is just under 5,000, while the median number is about 1,100. Altogether, the number of artists represented by 24 membership organisations amount to 117,526. Only 16 respondents were aware of how many visual artists live in their country, and of those who did, the organisations achieved an overall average of 40% success in recruiting members. Most of the smaller organizations, such as those in Greenland and Lichtenstein had a success rate of about 65%, while most organizations ranged between 16% and 55%.

Most organisations have strict membership criteria, and many only admit established professional artists as members through a juried process. Some organisations allow for associate memberships for students, organizations, and other cultural workers, which are usually non-voting memberships. Generally speaking, aesthetic evaluations of an artist’s work are not used to determine eligibility criteria, but membership is generally comprised of active professional visual artists.  W.A.G.E. in America is the only group that does not have a membership base, but it is relatively new and has a large and growing mailing list of artists who support their cause.

Most survey respondents are members of the International Association of Art (IAA). Members appreciate the contacts in other countries that their membership provides, through meetings and email exchanges, as well as a feeling of international solidarity. Several members indicated that they would like to see a better website with an improved communication portal, as well as an updated list of members. Several members also said that they would like to participate in more symposiums, residency programs, and international exhibition opportunities and exchanges.

They found the provision of the IAA card helpful, as it allows free or discounted entry at many museums and art galleries world-wide, and especially in Europe. IAA members also value the political work that the organisation does on an international level, as well as exchanging ideas about artists’ working conditions and political situations, but indicated that more could be done in this regard. This was especially noted among EU members, who wanted a stronger lobby in Brussels.

Some organisations are members of the European Council of Artists (ECA) and Culture Action Europe (CAE), which are European umbrella organisations for artists of all disciplines. Members found their conferences useful as a means of disseminating information back to their members. Members generally indicated they are somewhat satisfied with the level of service offered through ECA, and extremely satisfied with CAE as a tool for political activism.

Some organisations are not currently associated with any kind of international umbrella group, and some preferred it that way. These organisations prefer a more informal and flexible network, while others indicated they would like to join but are unable to because of the cost or because an association already has a national committee. However, all who participated indicated that they wanted to be part of something bigger.

Through the research process, it was clear that some umbrella organisational structures already exist, and members in these associations have variable levels of satisfaction with them. It is recommended that these organisations engage in closer communications with their members about their needs and interests, and to work diligently to improve their administrative operations. At the same time, many other associations are not current members of these formal networks, but are interested in becoming engaged with other national associations. These associations should be consulted, and kept as informed and involved as much as possible, to ensure a broader level of representation.

Based on the findings of the survey and conversations with organisations in several countries, there is an overall interest among visual artists’ associations in connecting more closely with their sister societies. Communication between organisations is crucial. As such, many have already cultivated these relationships in various ways, and are looking to expand that network. Artists are interested in learning from one another, and to share their knowledge and experience.

The development of relationships among visual artists’ associations assists our organisations in being recognised as professionals that represent visual artists when meeting with government, and with public and private institutions. For many associations, other disciplines such as music and writing receive more support and promotion, and solidarity with other visual artists provides strength. When visual artists speak on behalf of other artists, it carries more weight, and when they carry the same message from around the world, it is very difficult to silence.

Key initiatives to be developed

This list should be updated regularly and made publicly available through each national association, as well as the umbrella networks that connect them.

2) A streamlined means of communication

Currently this happens primarily through IAA, ECA, or CAE meetings and email exchanges, but more regular and wider reaching communications are ideal. It was recommended that direct communications happen more frequently among associations, rather than relying on umbrella groups to disseminate static information.

3) Encouragement of mentorship and information sharing

Several associations offer similar programs and services, and by sharing information about how they operate, these initiatives may be improved and spread to other countries that are interested in pursuing it as well. Additionally, increased communications with other associations may assist organisations that are in early development through a mentorship process. This may be done through invitations to association representatives to meet another association or through work and internship exchanges, or it can be as simple as sharing policy and working documents.

4) A more robust form of exchange among associations

Several associations are calling for more opportunities to connect their members with international opportunities. Suggestions include regular exchanges of calls for submissions, notification about conferences and speaking opportunities, employment opportunities, and information about artist residencies, studios, and exhibitions.

5) The potential for membership reciprocity

Several organisations have indicated an interest in creating affiliations with associations in other countries so that when their members travel abroad, they are aware of the representative body in other countries and can avail themselves of the benefits and services offered to domestic artists. During 2012 AIR will be actively working with CARFAC to pilot a reciprocal international membership.

Associations are looking for joint protection and support of artists’ legal, social and moral interests, as well as social security incentives, including a stronger international focus and lobby for the improvement of artists’ living and working conditions. Information about international decisions and policies as they relate to the visual arts is valuable, and often global expansion of certain concepts and programs can strengthen domestic services as well.  It is recommended that a task force be formed to investigate policy actions and research priorities, to be shared with others worldwide.