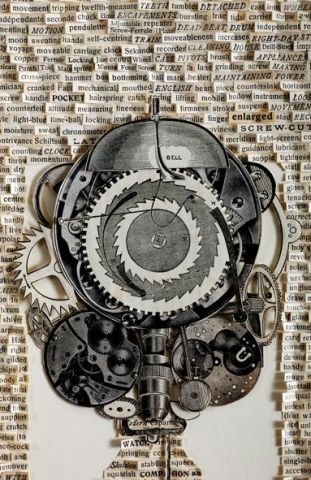 Chaired by Contemporary Art Society Director Paul Hobson, a panel including artists Simon Faithfull, Sonia Boyce and Klaus Thymann and broadcaster Paul Bennun, discussed key issues against the backdrop of economic recession and public funding cuts: what will be the future for artists’ earnings, what will be the future of collecting and what are the key opportunities and challenges for visual artists in the digital domain?

Contributors seemed to fall into two camps – those wishing to hold onto the old ways of doing things, and who were anxious about any changes, and those who were more fearless and even excited about what is to come for artists and their work.

Speaking first, Sonia Boyce presented a grim picture of what potentially lies ahead as a result of what she described as an 80% cut in funding to art colleges and its inevitable impact upon artists who rely upon teaching as an essential component of their income.

Although results were not available at the time of the event, January’s AIR survey into the impact of HE cuts on artists’ livelihoods revealed that 64% of artists had gained some teaching income in the last five years, with 54% anticipating reduced income from this source in the nest year. The loss of public funding was also a major concern for Sonya Boyce, who was concerned it would change the way in which artists function: “I fear that we are being pushed into being entrepreneurs.”

Simon Faithfull – who places his work in the digital arena – was more pragmatic, describing his present income sources as a “ragbag” and stating that he was excited by the future that “everything was in flux….everything is going to be reassessed”.

Paul Bennun BBC presenter and director of a digital production company, was equally sanguine. He drew parallels between the internet’s impact on the music industry, foreseeing a similar impact upon production and consumption of art, saying that: “for artistic practice to rejuvenate itself it is going to have to change.”

Photographer and filmmaker Klaus Thymann suggested that there has been a public shift from the notion that everything on the internet was free and that this was something from which artists could profit. He raised the possibilities inherent in micro-financing and the internet’s power in creating an arts audience from large critical mass.

Paul Hobson placed himself firmly in the world of the ‘old model’, where art fits “within an historical perspective, a legacy, a script”, where art is tangible, owned and collected and derives worth through its scarcity value. “The internet”, Paul Bennum responded, “doesn’t like artificial scarcity.” The panel went on to propose ways of bridging the divide, between the ancient and the modern. Simon Faithfull emphasised the use of apps and the idea that collectors, through the purchase of limited edition digital drawings, can build up what he termed as a ‘conceptual relationship’ with the artist.

Comments from the floor ranged from the impact of Facebook, citing the instance of virtual attendance at Frieze and its affect on sales and the immediacy of the internet and the impact that this may have upon artists’ need to ‘grow’ and gain experience before ‘committing’ their art to the net. Paul Bennum felt that the internet, though immediate, is surprisingly stable and that “objects in that space do stick around”.

Several members of the panel agreed that the art world had not always been like this and that it has always had to respond to change. Klaus Thymann commented: “at first it will hate what the internet offers, then it will co-opt it and then embrace it”. ‘What artists needed to do, Simon Faithfull replied, “is infiltrate and revolutionise it.”

The chair closed by commenting that a bridge between the old model and the new had to be built and that essentially what people pay for, when they buy an artefact, is “meaning”, a chance to experience, to own, some of that particular artist’s processes, thoughts and experiences – what Hans Abbing in 2006 refers to as the ‘sacred’ – and that this authenticity, both as experience and evidential proof, need not necessarily be physical.

Change was inevitable and that cuts in arts schools funding will have a major effect on systems that currently produce artists and curators, arguing that such reductions have the potential to produce a more democratic art world.