Dorothy Cross (born 1956 in Cork, lives and works in Connemara, Ireland) makes multifarious work from materials that can range from a shark skeleton to a disused light ship or an opera. She often amalgamates found and constructed objects, reinvigorating the life of everyday things or using elements taken from nature. Recently she has been combining video and photography with sculptural work. Cross represented Ireland at the 1993 Venice Biennale.

She appeared in Artists Newsletter, August 1992, p10, in a report about the 1992 Edge Biennale, held in London and Madrid, which ‘placed radical ideas and images in churches, stations, buildings and gardens, attracting the contention it has come to expect since it began in 1988.’ The article describes Cross’ installation titled Attendant in London: ‘[She] made urinals shaped as England and Ireland, placing them in an unused underground toilet on Commercial Road with a protruding penis in place of the normal plumbing.’ 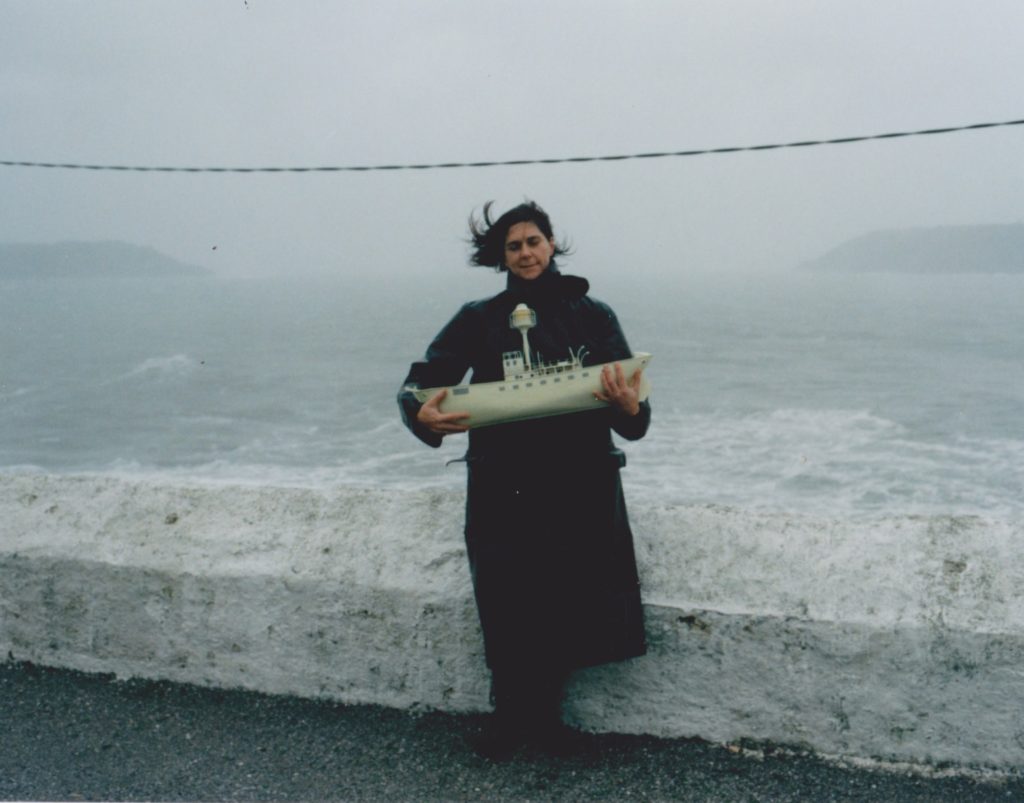 What did the 1990s mean to you both personally and professionally?
I have great memories of the 1990s, I was in my 30s and it was a very energetic time. Creatively it was terribly easy then, stuff just flowed. The ‘Bad Girls’ show at the Institute of Contemporary Arts (ICA) in 1993 was important for me and then there were a load of site-specific shows running through the 1990s where we spent an immense amount of time running around cities getting to know places intimately like Madrid, for example, for the Edge 92 Biennale.

A lot of these shows were quite problematic and some failed because no one could find the work but there was a real freedom in terms of location and the scenarios that can occur in a place which is very different to just walking into the neutrality of a gallery. They were also fantastically social. I remember meeting Tacita Dean in this mad show in Copenhagen in 1996 when we all made something in a container, and also Helen Chadwick during Edge 92. It was a really fabulous way to meet other artists and get imaginative support even if your work was very different from each other. It was wonderful and, looking back, I miss it now. 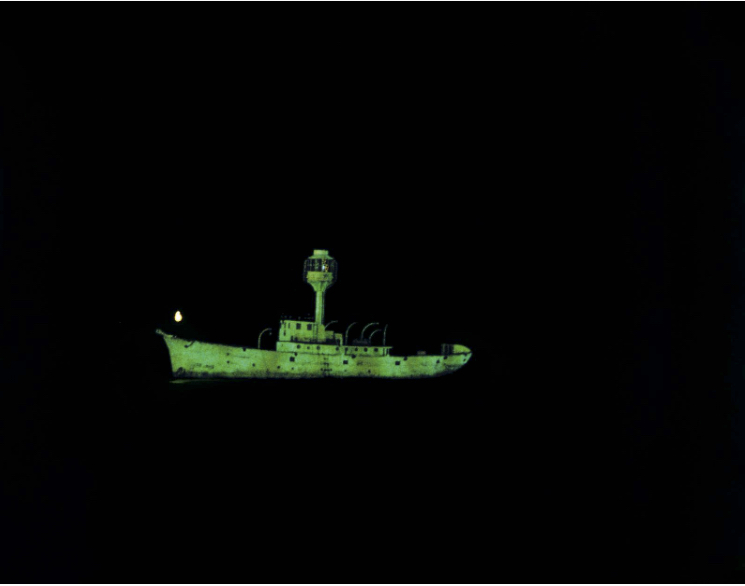 Were there any key moments or turning points in this period?
In 1990 I was invited to visit the coast of Norway for a project called Artscape and this was the origin of the udder works with the teats. It set the ball rolling for about two years of working only with cows’ udders and they really gripped me. But I stopped them, nipped it absolutely in the bud, because I didn’t want to keep reproducing udders for the rest of my life.

Then at the end of the 1990s, I did this piece called Ghost Ship, where I painted a decommissioned light ship with phosphorus paint. It was a monster of a site-specific, non-permanent project, with incredible difficulties logistically, but very beautiful. And at the same time in 1999 I was working on an opera called Chiasm set in a pair of handball alleys in county Galway. There was a soprano in one alley and a tenor in the other, singing fragments of songs from operas with extreme passion and extreme loss.

How did your work develop during that time?
There were three categories, really. The udders and I suppose there was a category of site-specific shows that also ran from the late 1980s. Then the ship and the opera were also a new departure into a different scale and scope. It was really pre-technology and there was more of a physicality about work in general, in how you viewed it, and how you made it. For me the udder works were purely about physicality, they could never be viewed on a screen or in the way we now cruise around the world and look at galleries and see what is going on. You had to kind of smell them. 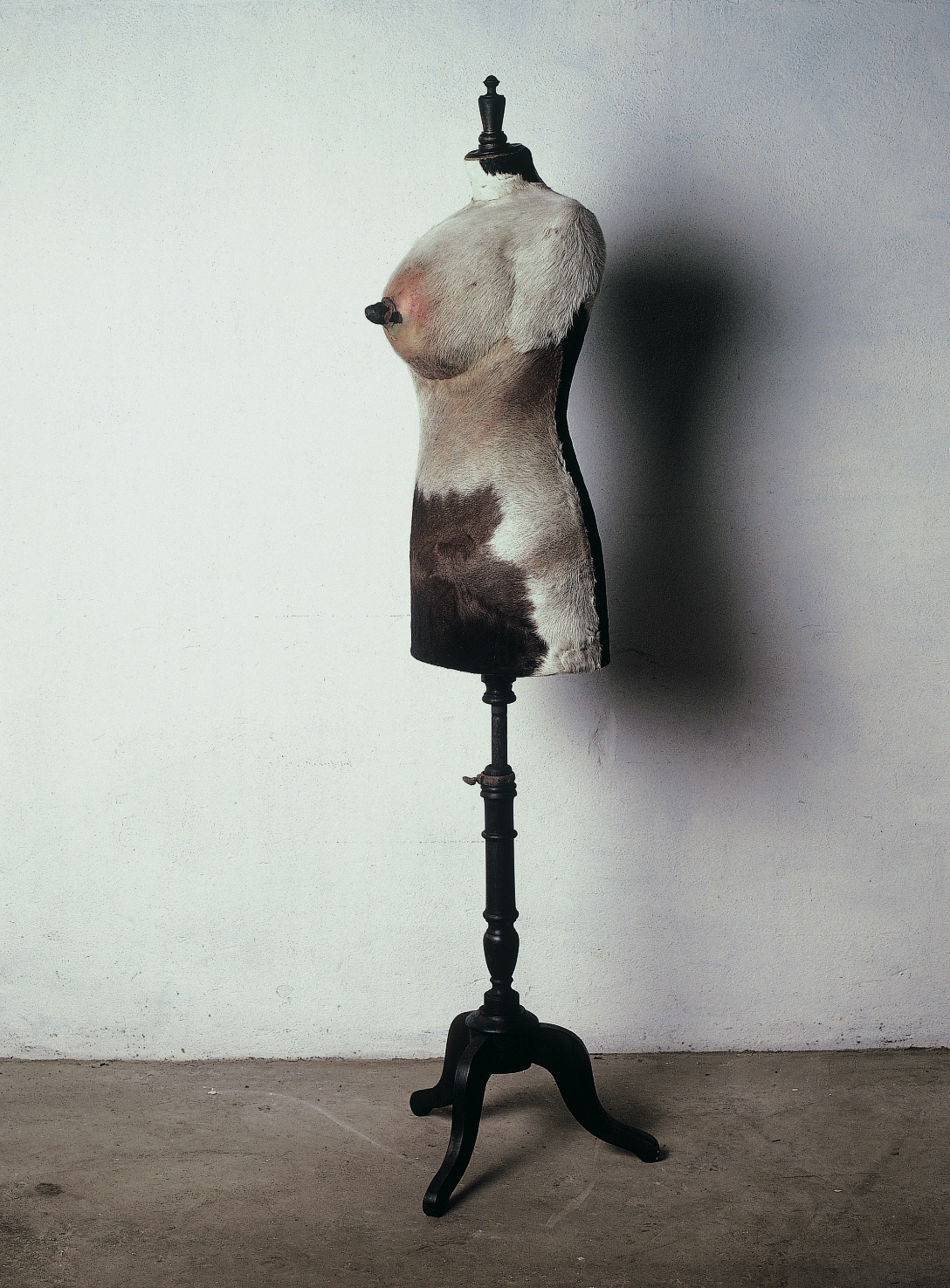 How did you become aware of a-n?
You know I didn’t really, but that’s no insult to them, I didn’t use anything as a resource. They did an interview with me once, as far as I remember, but I have a desperately bad memory. I was aware of them as a publication that wasn’t about Gucci shoes, so I was conscious that they were a good presence that was much purer to the work.

You feature most notably in a-n with reference to your two very different contributions to the 1992 Edge Biennial, which was held in London and Madrid.
For Edge I made one of the early udder works, specially for the basement of a convent in Madrid, which the nuns had given us permission to use. It was a cow skin shown on a table in this small basement room which the nuns walked past every day. It was rather apostolic – and the udders were referencing all the confusion around gender at the time, that I was more interested in then than I am now. The cow hide covered a table with these six glass chalices and the teats were between the leg sockets on the table, so if you pulled up your chair you would suck from the teats. It was called The First Supper, instead of The Last Supper, and apparently one nun used to lean against the wall and slide past it as she would go up the stairs. 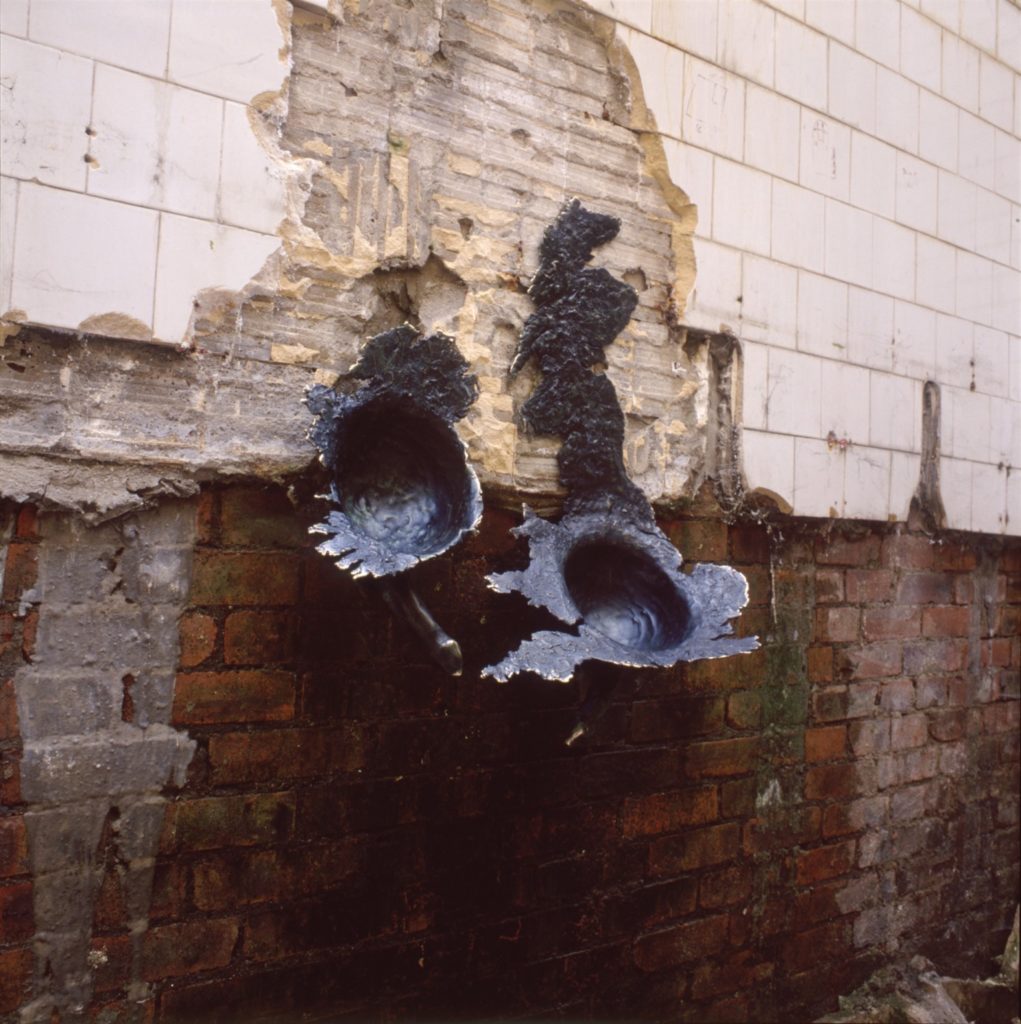 Then for London I made two bronze urinals in an underground public toilet in Spitalfields in the shapes of England and Ireland, with a penis hanging between them where the normal plumbing would be. They were very brash, political and in your face. The toilet had this wonderful double entrance with two flights of stairs so you could go down the Irish flight on one side or the English on the other. Then as you came in there was a green little cabin where the toilet attendant would have sat and I put a green light in it and just wrote the word ‘Attendant’ above it. This was before the Good Friday Agreement and there was no peace in the North.

It was very much about the relationship that was underground, and about an arousal between the two countries, a kind of a cottaging interest that manifests itself completely differently above ground. Several years later, when I was terribly broke, my wonderful English aunt bought them and hung them on the gable of a cottage in Ireland. Then when she passed away, my cousins very nicely gifted the work to Ulster Museum which, with the British-Irish relationship, is a perfect location for it. 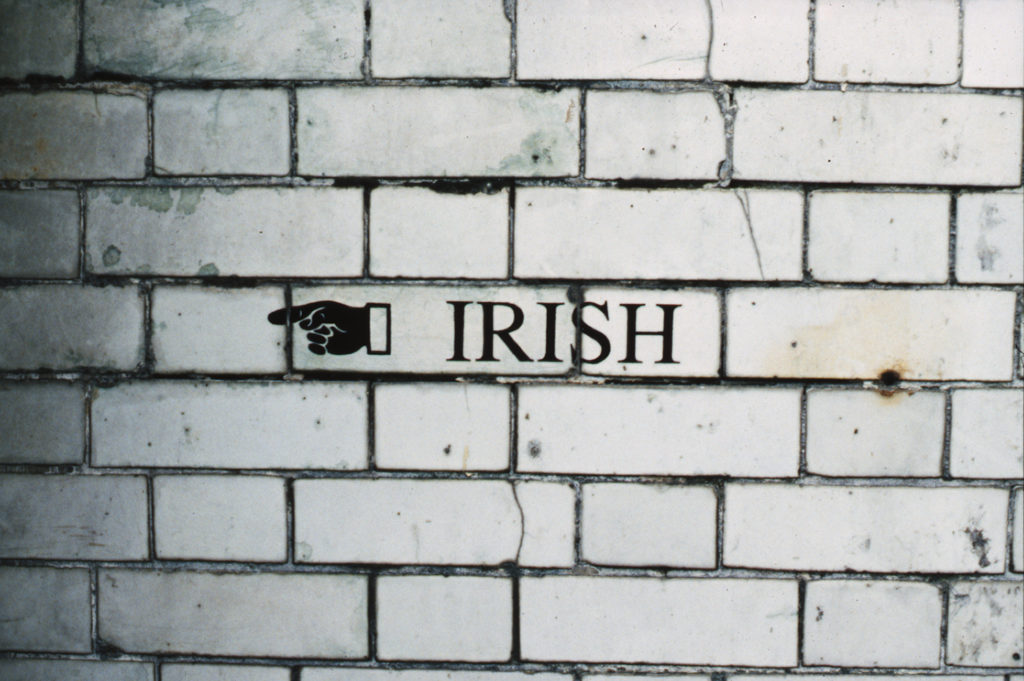 30 years on, what do you think are the key changes for artists starting out now?
Facebook and Instagram I think have made it completely, completely, completely, different. I use Instagram but not really for my work that much, but then I find it’s hard to excavate work from life. So I think that is probably the biggest difference.

Then there is a different value system of how one looks at success or acceptance. I was very strident in not selling, I was kind of allergic to the commercial side of it. Like when [Charles] Saatchi wanted to buy the four cow pieces that were in ‘Bad Girls’ at a quarter of the price, and I said no. But I wouldn’t go back on that.

What advice would you give your younger self?
I don’t know what advice I’d give to anyone really. Just to keep going. Jump on the things that excite you, just jump on them because they’re so rare, you know. 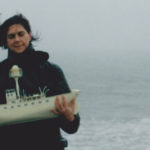 Rachel Whiteread recalls "learning how to be an artist and making some very ambitious pieces" in the 1990s.

Gary Hume reflects on his successes during the 1990s and on being "prepared to risk my career for being an artist."