Franko B (born 1960 in Milan, lives and works in London) is a pioneering performance artist best known for making violent and visceral use of his own body. A series of grueling, ritualised blood-letting works established his international reputation in the 1990s and early 2000s, but he has also worked extensively across many media and practices, making drawings, photographs, videos, textiles, installations and paintings. He is currently Professor of Sculpture at l’Accademia Albertina di Belle Arti di Torino and a visiting lecturer at The Royal College of Art, London. In 2021 Franko B will premiere a new performance titled I’m Here, which will tour the UK, including to venues in London, Newcastle, Bristol, Colchester and Norwich.

Franko B appeared in an article about body art, ‘Extremes of Consciousness,’ Artists Newsletter, August 1996, pp7-9. In the feature Franko B said, “I’m not in control of the audience’s reactions… I don’t want people to feel sorry for me. It’s not my intention to freak people out. I just want to create beautiful images and survive them, like life – make the unbearable bearable.”

He also appeared in Artists Newsletter, May 1990, p.19 in the listing ‘ACT UP (Aids Coalition to Unleash Power)’, which outlined details of an exhibition organised by Franko B at Chelsea College of Art, with proceeds from sales of work going to ACT UP London. 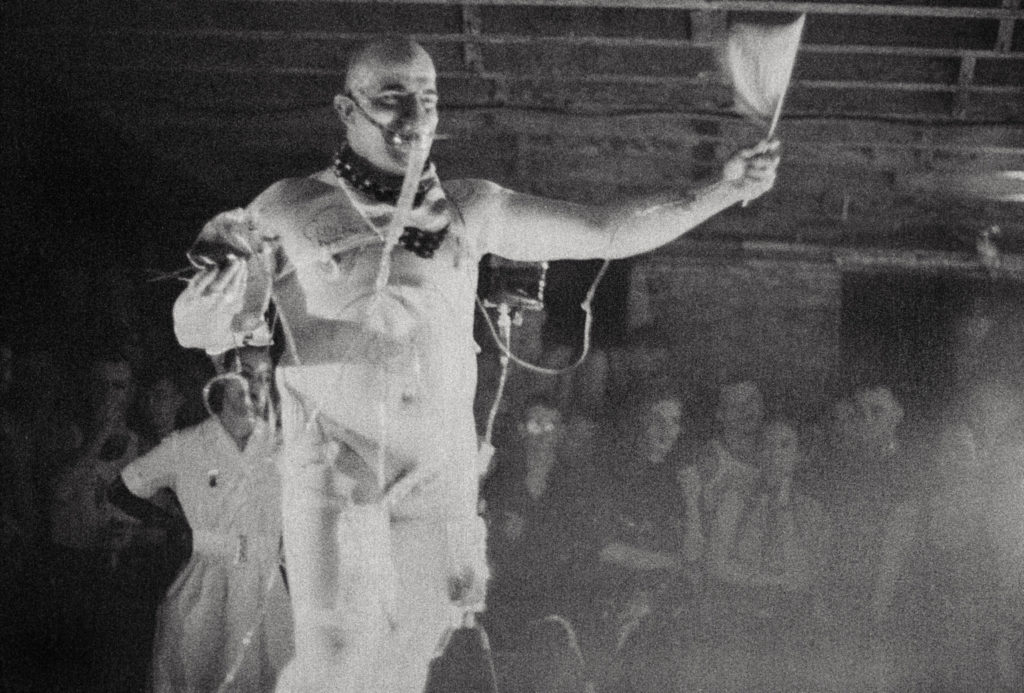 What did the 1990s mean to you both personally and professionally?
It was a combination of fun and making work. I finished at Chelsea [College of Art] in summer 1990, where I had been making performances for the camera. In 1989 I started making work around homophobia, and AIDS-phobia and all the shit that was going on with the tabloids. I was working on personal-political work about how society treated you and how society was mainly ignorant. There was so much paranoia and people were so afraid of you that when you told them you were homosexual they were freaked to drink from the same cup as you.

Then in the mid-1990s I started performing in clubs. That was totally an accident, I did performances for the camera and I used to club a lot and then some people heard about it and said, why don’t you perform in a club? The gay clubs and the S&M scene took themselves too fucking seriously and were run by very conservative individuals and mostly men: just because you take it up the fucking ass it doesn’t make you radical!

Usually a performance in such a club would have involved someone submitting in front of a dominant person, but I said, why is nobody talking about what is going on? People were dying! I knew that at least 70% of the audience were [HIV] positive and lot of them were in denial.

But there was also optimism, there was some medication and all the lobbying, and especially the gay lobby, ACT UP in the US and here in the UK, which eventually managed to get the government to take the situation seriously – to show that people were dying.

The best performance I did was me in a wheelchair like an AIDS victim that we got used to seeing at that time, in an oxygen mask, like somebody that was dying. I had blood and pee bags all over me, like bombs strapped to my body, with a nurse-like figure pushing me. In my hand I had two McDonald’s flags. During this performance, which lasted about 15 minutes I, empty the urine and blood bags as I move around the stage and then actually on to the dance floor where people were standing to watch. Suddenly to people I became a performance artist.

But I carried on making studio-based work, I had a studio-based practice anyway: I never became the performance artist that needed a dark room or a theatre. My housing co-op flat in Brixton was my gallery. I used to advertise it for free in Time Out and open it to the public. You can’t just sit in and cry and feel sorry for yourself because things don’t fucking happen, you’ve got to do it for yourself.

The three years I was at college, everybody around me was worrying about their fucking career, and I was saying, what career? You’re in the wrong place if you’re thinking about a career. How do you define success? You define success by the work you make and by making the work you want to make. If you need to sell something, sell your body, don’t compromise your work! I say art is a religion, it saved my fucking life, you know. I would be dead if I wasn’t here. 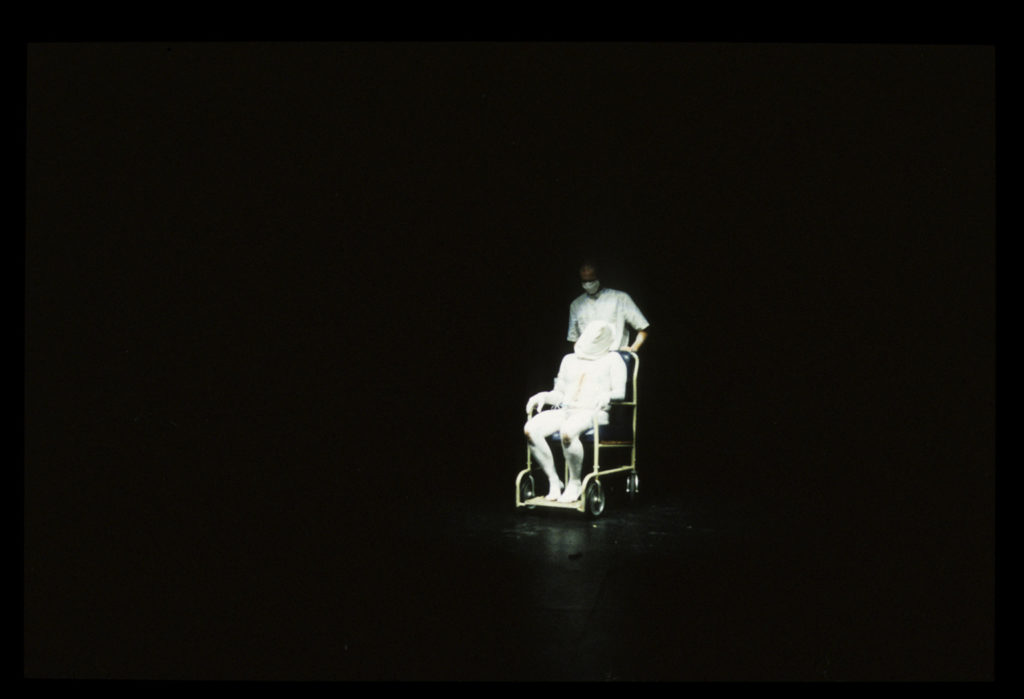 Were there any key moments or turning points?
A key moment was when people started to talk about my supposedly transgressive performances with blood, in the clubs where the community was experiencing people dying.

And then Lois Keidan from the ICA [Institute of Contemporary Art] approached me and said why don’t you do a performance at the ICA? At first I said no, but she came around to my house and I trusted her and then I did it. It was a turning point and I’m very grateful.

In less than two years, between 1995-6 I did five performances at the ICA: Mamma, I can’t sing Part 2 and 3 and I’m Not your Babe Parts 2 and 3 and they all sold out. I think why they worked was because my audience was not just an art audience, most of my audience were club kids.

How did you become aware of a-n?
It was a place where you looked for things that were kind of alternative. You could place adverts and it had things for independent artists, and opportunities for artists who were not really making it in the system. I used to go round the corner from my studio to Atlantis Art Supplies and there was Frieze, and these glossy arts system propaganda magazines like Art Forum and Art Review. But I would buy a-n because there would be opportunities talks and events, not advertising for fucking White Cube or the Saatchi Gallery that at that time cost £4000 a page. 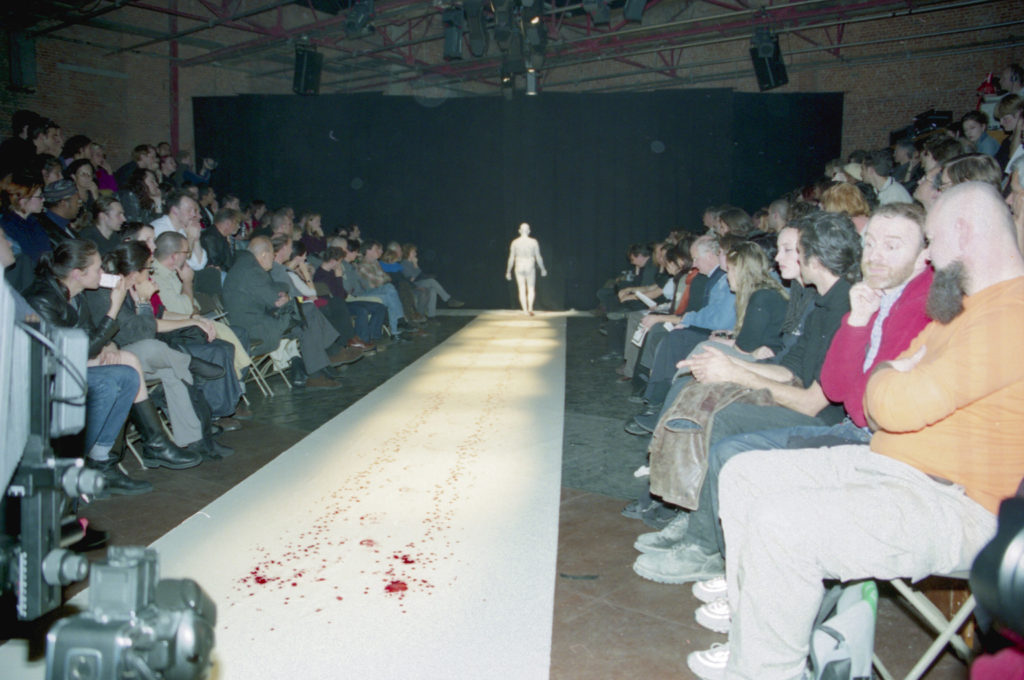 What role did a-n play in the development of your career?
It was very useful, because a-n talked to artists that really knew about the struggle and weren’t just purely dreaming that one day they were going to be another Damien Hirst. It dealt with classic studio rental and studio sharing. It was a community for younger artists. You would see more advertising about public shows and opens studios, rather than huge private galleries, and I liked that. Independent artists needed it then and need it now. For me a-n was a vital service, giving advice and providing a platform and some kind of publicity for artists before the advent of the internet and some of the artist advocacy agencies that came much later.

How significant was a-n in raising the issues of the time?
I think it was. A-n was exactly an artist’s newsletter, and that’s what a newsletter should do: give you all the information on different things of interest. I think that a-n was a platform for agency, you know. For agency and for a group of people in the regions and that were not in the mainstream. a-n became the kind of City Limits for arts.

Among the coverage of you in a-n during the 1990s was as an organiser of an ACT UP event at Chelsea in 1990. There was also an illustration of your 1996 performance I’m not your Babe at the ICA. Can you talk about these?
From 1989 I was involved with ACT UP. I would go to meetings at The Gay and Lesbian Centre on Farringdon Road. That year I also started, along with three or four other people, the first ever Chelsea Gay and Lesbian Society. I wasn’t working for ACT UP but it needed to raise money because people were getting arrested and stuff like that so I organised an exhibition for people who wanted to donate a piece of work to the gallery on the ground floor at Chelsea Art School for two weeks. We raised just over £2000 and I remember the Students Union President wrote the cheque. 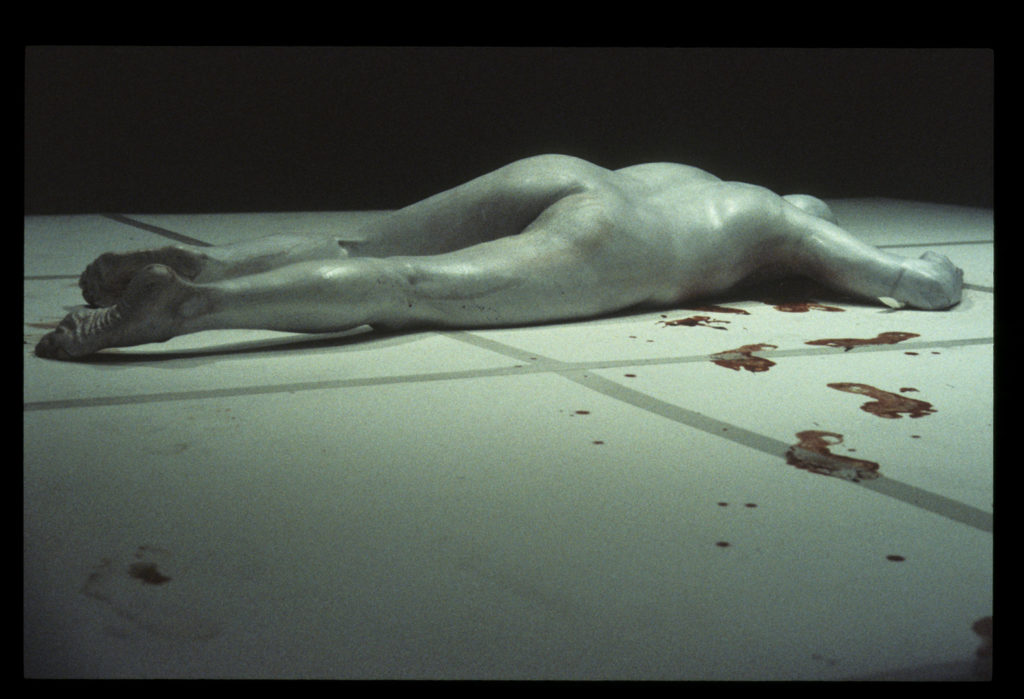 30 years on, what are the key changes for artists starting out now?
I think it’s less tolerant now for sure and more banal. It’s all about fake image and Instagram bullshit. Fake, fake, fake reality, and presenting like you’re not.

And there are also social-structural changes. Once you could open your flat and have a gallery. You could squat, you could move around – there were lots of events happening in squats. It was legal then, but now it’s not, and you can’t breathe without [raising issues of] Health and Safety. In the 1990s I was making radical work and now I realise, God, I was lucky and I think now you probably couldn’t get away with it.

I actually think the opportunity of me working with the ICA and even Tate in 2003 (thanks to Lois Keidan) would not happen now. So I hope that people in their twenties or starting now still find a way to transgress all these restrictions. And I believe that they will. Because I teach, I also see hope in young artist and for artists. I see people that will kick asses if they don’t lose themselves, or allow themselves to lose themselves. I think nothing changes, the human spirit will find a way to say, fuck you!

What advice would you give your younger self?
I think one of the things I was not aware of was the depth of what I was doing. Recently I’ve been working on my archive and looking at the stuff I’ve done, and I think fuck, I did this? I don’t remember this! I think I wasn’t aware of the immensity of what I was doing. But I don’t think I would change much because I had fun. I don’t know how: I was going out on a Thursday night, coming back the next Tuesday, and I was making work. I don’t have regrets. I did what I could and what I knew. You can’t change that. 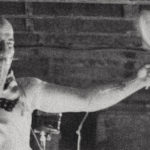