Keith Piper (born 1960 in Malta, lives in London) is an artist, researcher, academic and curator who was a founder member of the Blk Art Group in the early 1980s. Over the past thirty years his work has ranged from painting through photography and installation to digital media, video and computer generated activity. He is a Board member of a-n and Associate Professor/Reader in Fine Art and Digital Media at Middlesex University.

Piper featured in the article ‘On Black Art’, written by Eddie Chambers, Artists Newsletter, February 1985, p 15. In the article, which opens with ‘NAME TEN CONTEMPORARY ARTISTS WHO ARE BLACK. Struggling? I know the feeling’, Chambers explained how he and Piper developed plans for an exhibition of five young Black artists from the West Midlands: ‘These plans culminated in 1981 with the exhibition at Wolverhampton’s Central Art Gallery. The exhibition was judged by the gallery to have been a major success, achieving one of the highest attendance figures for that year. This group, with an ever-changing line-up, but with a continued nucleus of Chambers and Piper, went on to have several exhibitions around the country.’

Piper’s Model for Chanting Heads appeared alongside the article ‘Outside the Gallery’, Artists Newsletter, June 1988, p 18. The article references a new series of commissions by Artangel Trust as part of its ‘Multiracial Culture’ initiative, with Piper’s Chanting Heads, a mobile sculpture featuring ‘four heads based on Western African and Pre-Columbian sculptural forms fused with Western European monumental sculpture’ accompanied by a ‘collage of chanting, singing and speaking voices relating to the world history of black peoples’, the first of these commissions. 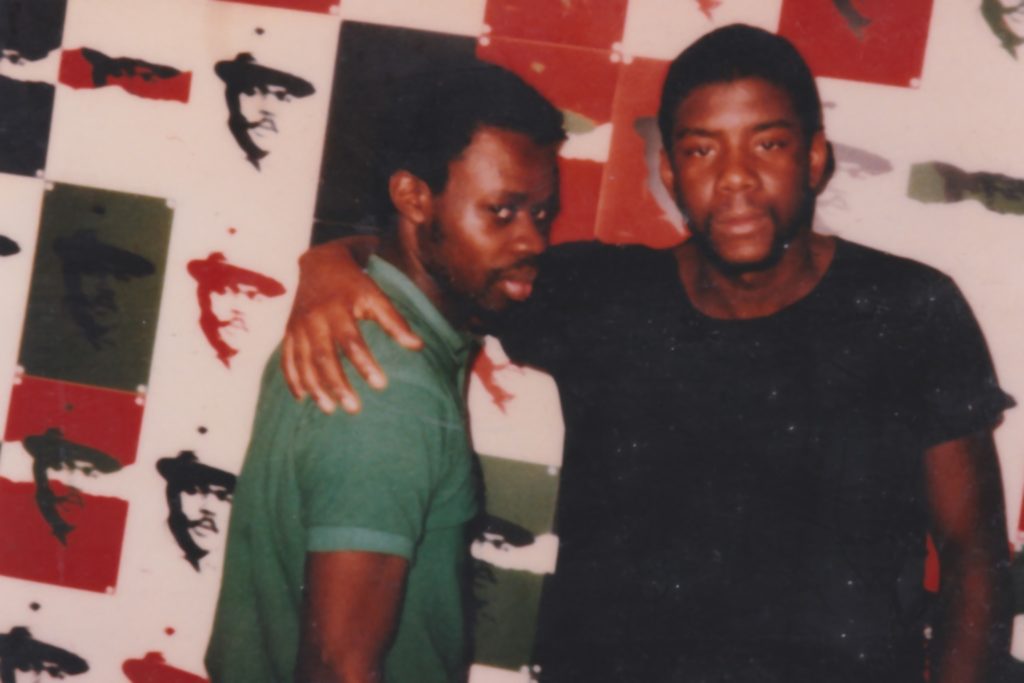 What did the 1980s mean to you both personally and professionally?
I was born in 1960, so I entered my 20s, an age of early independent adulthood, as the 1980s began. This was about moving away from my parent’s home in Birmingham, and going to study art, first in Coventry during the optimistic moment of Two-Tone, then on to Nottingham and finally to London where I would settle in the mid 1980s.

This timeline was of particular significance for someone originating from one of the UK’s postwar migrant communities. My parents had travelled to the UK from the West Indies as young adults during the 1950s, responding to invitations to fill gaps in the post-war labour market. Now termed the Windrush Generation, these young adults went on to settle, and start raising their ‘sent for’ and increasingly British-born children across the late 1950s and 1960s. These children, including myself, began to emerge in numbers as young adults into the mid- to late-1970s and 1980s with a novel and urgent set of questions about their identity and place, against the ruptured and hostile political landscape of the era.

A small number of us were to navigate a pathway through the education system to pursue an interest in art. At the time this was an almost uniquely unpromising career path, with a total absence of visible precedents for artists ‘of colour’ in a cultural sector that was widely derided as distant, elitist and irrelevant. This preformed sense of what a contemporary artist was, could do, or indeed could look like, meant that ‘black’ art students were rare and isolated. 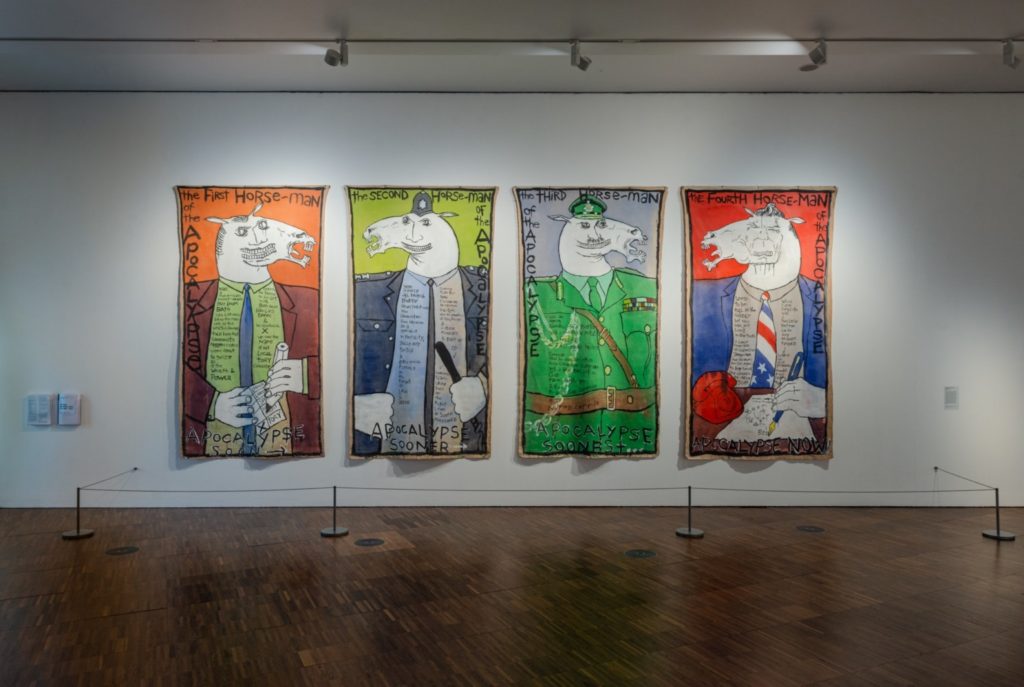 The early 1980s saw some of the first attempts to connect these individuals with each other and with members of an older generation of artists, many of whom had travelled to the UK as adults specifically to pursue their academic and artistic careers. The formation of what has come to be known as the British Black Art Movement is worth recounting to understand the particular demographics of the 1980s and why this particular flaring of creative practice became visible during that period.

The other particularity of the 1980s was in its broader political landscape which was to impact both my own, and wider creative practices. The era of Thatcherism saw empowered and militarist policing, economic devastation, street uprisings and deep attacks on Trade Unionism during the Miners and other strikes. I and many artists found ourselves drawn in solidarity to the struggles against nuclear proliferation, inspired by the women’s peace camp at Greenham Common, and in opposition to the racist Apartheid Regime and discriminatory legislation such as the notorious Clause 28.

How did your work develop during this time?
I retained the umbrella description of being a mixed or multimedia artist across the decade and beyond. However, the particular range of media in this mix was to evolve and shift radically across the decade. At the start of the decade I was using paint as an element in collages and ‘combines’ with found images and objects. A use of text, originally hand rendered and later mechanically generated, continued across a practice that was ‘issue based’. This would evolve to include technologies like photography, audio and tape-slide in the middle part of the decade. Towards the end of the decade, access to low-cost home computers began to allow a degree of experimentation into the use of digital imaging and collage, first translated through photography and print, and later to video. This would lay the technical and aesthetic ground for my multichannel video installations work of the 1990s.

Were there any key moments or turning points in this period?
My key moments would be social, against a backdrop of key institutional and geographical turning points. My move to Coventry and meeting with Eddie Chambers on the Foundation Course in 1979-80, led to a more focused engagement with the political in art practice, in response to the group exhibitions he was already organising. This demand to communicate directly to an assumed ‘non-art’ audience saw me move away from a youthful neo-dada/fluxus-influenced approached to something more deliberately didactic. At the time, a hugely influential aesthetic influence was an encounter with the work of the artist Ras Lucas. He was using dense handwritten texts on the surface of his works to communicate complex content. I was surprised and engaged by how effective this was and integrated this approach into my wall-based work into the 1980s. 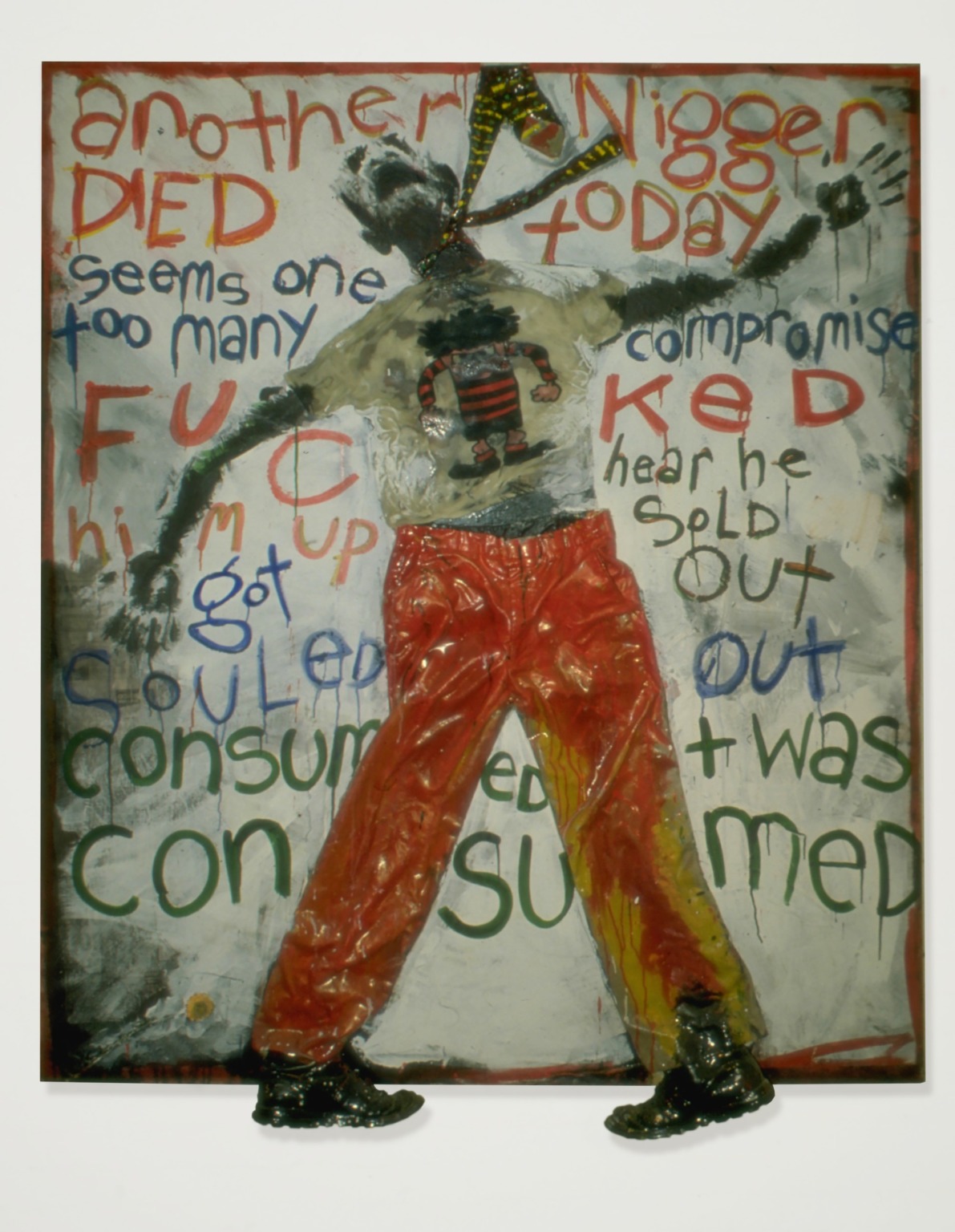 Another important turning point was my move to Nottingham to take a degree in Fine Art at Trent Polytechnic. The important shifts here were social. Donald Rodney was a fellow student, and he brought an anarchic sense of fun as well as an intense commitment to creative practice into the sometimes over-serious Blk Art Group.Another important creative influence at the time was artist/technologist Gary Stewart. His engagement with local sound systems in the Nottingham area connected us to a network of community cultural activists, poets and musicians which shaped us culturally and politically. However, it was Gary’s engagement with technology that was to have an even more profound influence on my practice. Gary became engaged with a number of community based organisations providing widening access to emerging technologies during the 1980s. His work, first with an Islington based arts and technology training organisation called Artec, and then his move to Iniva to guide their engagement with digital technology, had a profound effect on my own access to digital tools and expertise, and my development as a digital artist.

How did you become aware of a-n? Why did you want to get involved?
I became aware of a-n in its newsletter form during the early 1980s whilst researching potential venues to approach for potential Blk Art Group exhibitions. It carried address details of galleries and also carried information about upcoming opportunities, funding, commissions, etc. I remember that during my student days and afterwards it was the go-to place to get a sense of what was coming up. I used it extensively and it gave us a sense of what was happening, where and when, and a general sense of the arts landscape of the time. My interest in getting involved with a-n now is an interest in it reviving this informational role as the go-to place for emerging and established artists.

How significant was a-n in raising the pressing issues of the time?
It was, but it sat alongside other significant publications which were more specifically engaged in feature writing on contemporary issues. I think where a-n stood out was in its informational listings. 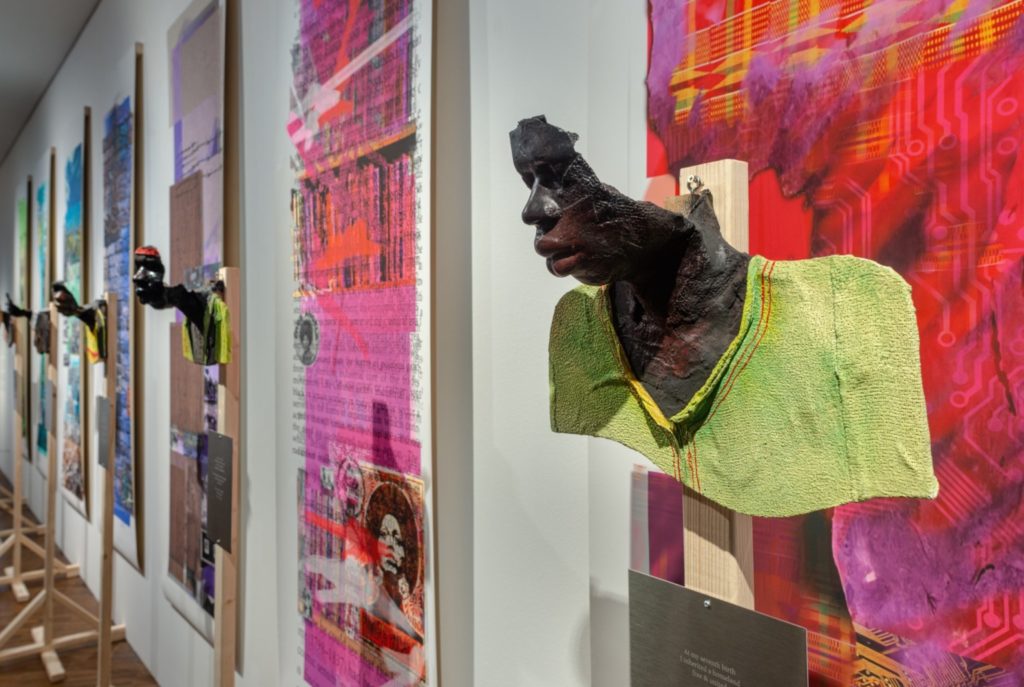 40 years on, what are the key changes for artists starting out now?
This landscape looks profoundly different to the view we saw in the early 1980s. The 1990s phenomena of the YBAs presented highly visible roadmaps towards the possibility of contemporary artists becoming commercially successful, that was barely imaginable for young artists in the early 1980s looking at the commercial landscape of the time. The visibility of black artists within the YBA wave and beyond makes it more difficult to argue that non-white creative practices are permanently locked out of the contemporary ‘mainstream’, but much of the work for full acknowledgement and recognition remains pending. Therefore, for young black artists now the precedents of artists who ‘look like you’ operating and visible at all levels within the contemporary art world is now not so ‘unimaginable’ as it may have been in 1980.

Another profound shift lies in the proliferation of pathways and outlets towards visibility now available to artists, although this has to be matched by the current proliferation of artists working individually and collectively in an expanding range of contexts. We have also yet to see the full impact of wider social, economic and technological shifts, including shifts in the role of human vs automated labour, and how these will impact the evolving social role of the art maker within society.

What advice would you give to your younger self?
I find this question very difficult to answer. I have always been very bad at taking good advice, and perhaps even worse at giving good advice. I feel that as my politics have evolved, I would argue bitterly with my young self especially the ‘me’ of the early to mid-1980s, but I think it was important to dabble with a form of ‘cultural nationalism’ as a way of arriving at a sense of its limitations. I also think that my younger self would teach my older self a lot about focus, commitment and engagement. I think my biggest issue has always been about the details, getting everything on to a firm footing logistically: I was bad at that as a young artist, and I remain bad at it now. 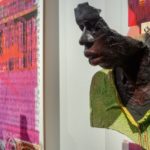 From the a-n archive: Eddie Chambers, On Black Art, February 1985