Lis Rhodes (born 1942, lives and works in London) is a pioneer of experimental filmmaking and a major figure in the history of artists working with film in the UK. Her practice extends into installation, performance and sound and her writing addresses urgent political issues as well as film history and theory from a feminist perspective. Rhodes was a founder-member of Circles, the first British distributor of women artists’ film, video and performance in the UK.

What did the 1980s mean to you both personally and professionally?
remember it’s not free

to question what you see

i drew breath and smiled at her

she yelled my name to me

We had just been arrested. I was reading some of my writing from the 1980s and as I expected personal and professional were difficult to untangle – as an artist, quite impossible. 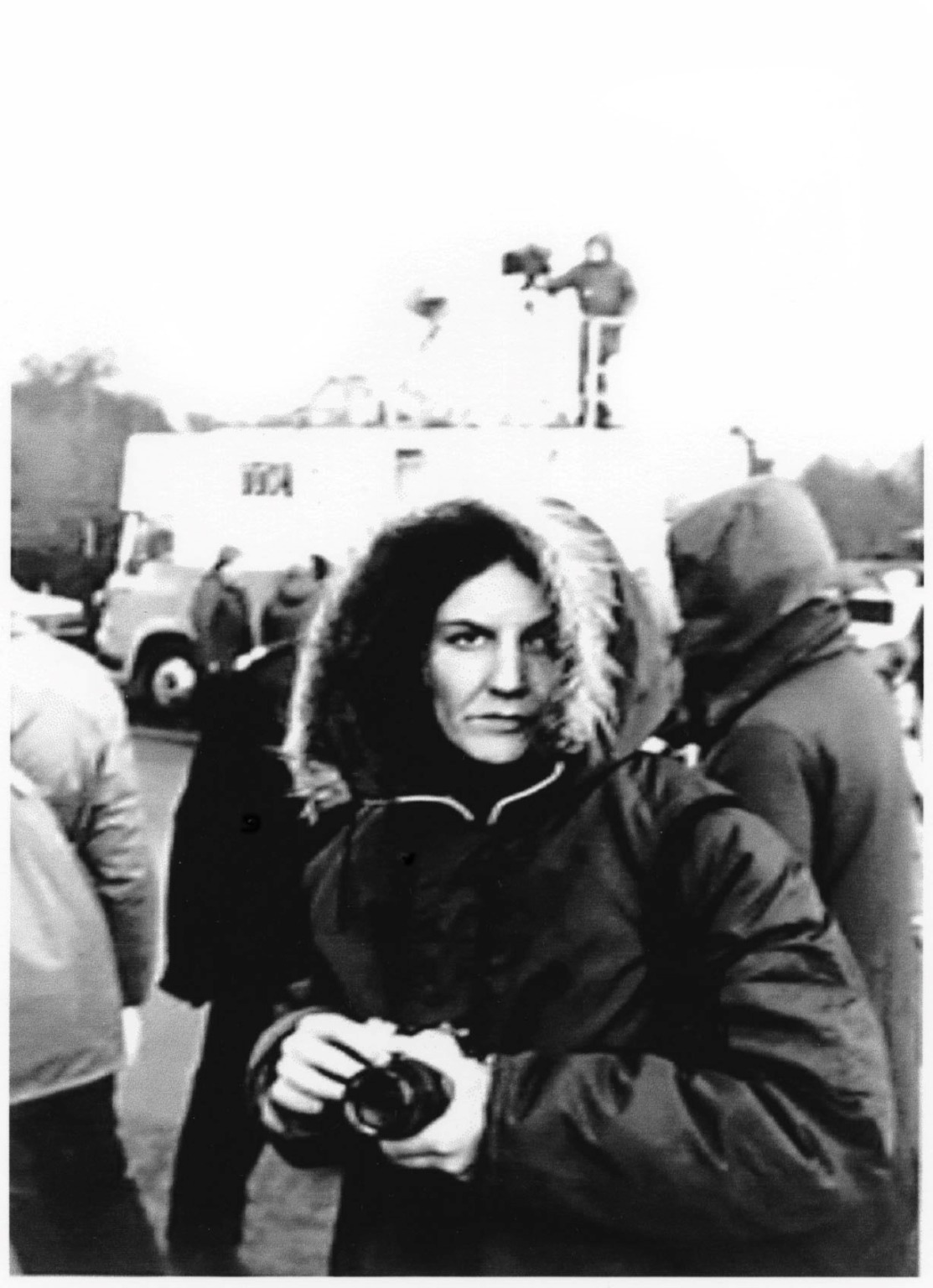 One of the most significant strikes took place at the Grunwick Film processing plant 1976-78. Workers across race and gender divides came in their thousands to support South Asian women in a small factory in north London and so to the Miner’s Strike in the 1980s. Neoliberal economics depends on low paid workers. The 1980s saw the implementation of years of feminist struggle and felt the strength of women globally. It was also the moment of struggle for unions and equal pay.

When I joined the Association of Cinematographers and Television Technicians as a sound recordist there were only about six women sound recordists in the union. This is the foreground in which I was making Pictures on Pink Paper (1982), a 16mm film that speaks to the fundamental problem ‘it’s all a question of who makes real – whose ideals, whose values are valued as the nature of things’. This question runs through Nawal El Saadawi’s writing and in 1980s publications such as Trouble and Strife, the newspaper Outwrite and the Delhi-based magazine Manushi: A Journal about Women and Society. 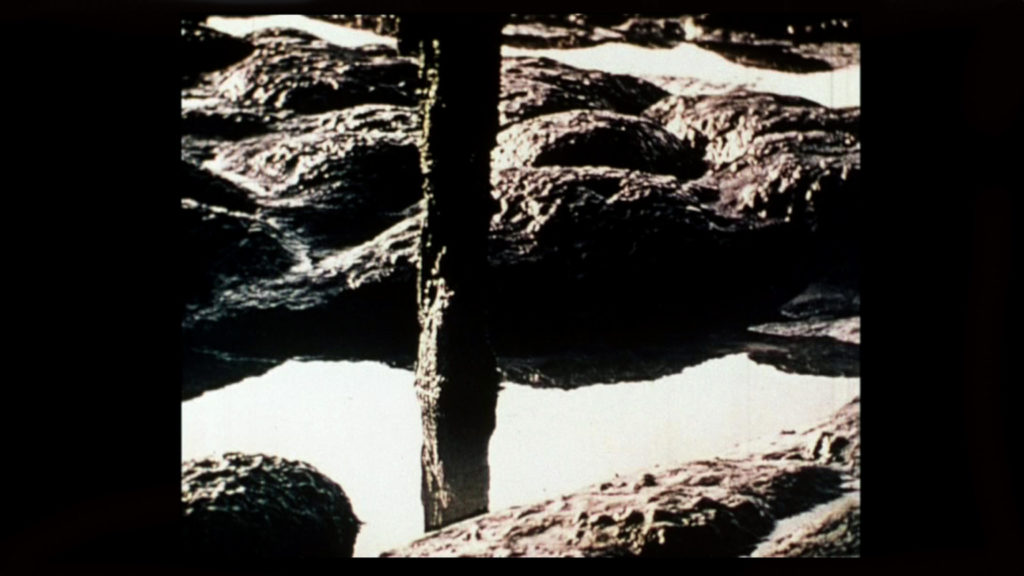 How did your work develop during this time?
It was a time also of nuclear weapons being sited in Europe, in particular at Greenham Common in Berkshire, and the making with Jo Davis of Hang on a Minute, a series of one-minute films for Channel 4. One episode, Goose and Common, takes its title from an 18th century song opposing the enclosures of common land:

These sentiments were reflected forward in recordings made with an American artist, Mary Pat Leece, in 1985 of the conditions of migrant agricultural workers in North Carolina. The film Cold Draft (1988) considers the damage inflicted on social relations that is still apparent today – ‘it was dangerous to step out of line and lethal not to’. 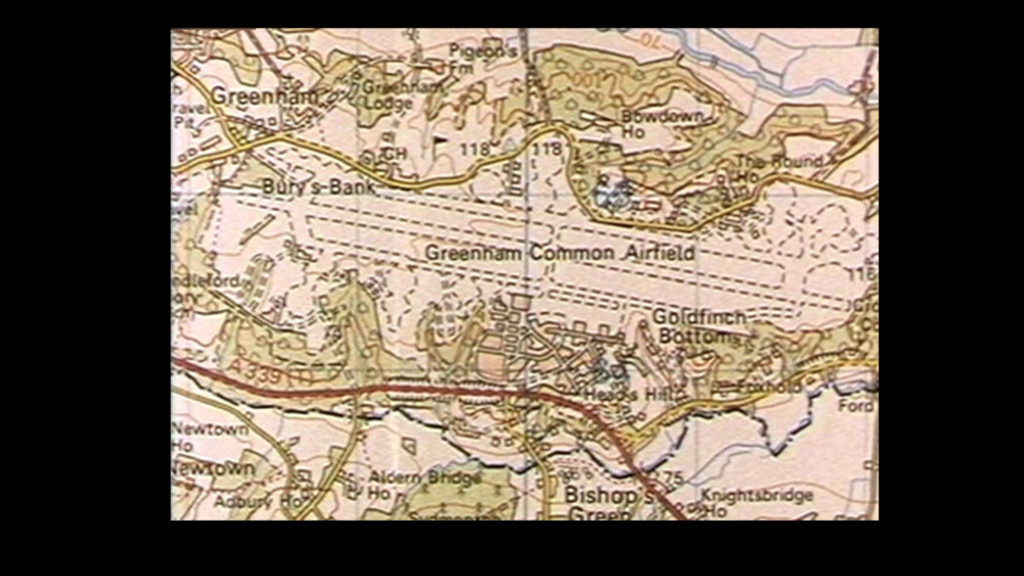 You were also active as a co-founder of Circles, the feminist film and video distribution network which featured in a-n in 1981, as well as within the London Film Maker’s Co-op and as a teacher at the Slade School of Fine Art. Could you talk about the importance of these activities?
I was teaching at the Slade School of Fine Art, and at the Royal College of Art. This was an invaluable time for discussion and rethinking of representation, bringing sound, writing and image into the same space – paradoxically where the personal and the professional will not be divided. In both institutions there were active women’s groups. In 1983-85 the Greater London Council (GLC) supported workshops particularly involving women and ethnic minorities in film, video, photography, music and publishing. I was on the GLC’s Community Arts Committee.The absence of women in an exhibition at the Hayward Gallery in 1979 created a moment for establishing a feminist network Circles (now renamed CineNova) to distribute the films, videos and performances of women artists. This –  unknown to me at the time –  was coincidental with the beginning of Artists Newsletter. I congratulate both CineNova and a-n for their work over forty years. 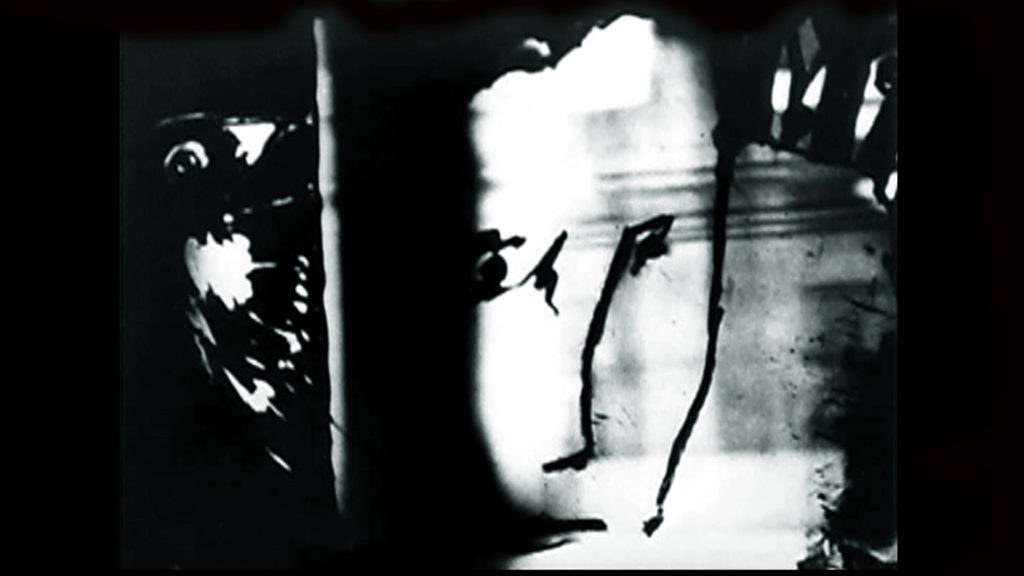 40 years on, what are the key changes for artists starting out now?
I hope that the present young generation of artists – wherever they are – survive outrageous academic debts to create image, poetry, performance and film. Online, offline, out of sight with insight.

‘Its intention is to expand the idea of specialist distribution services by producing catalogues of films, tapes, slides, video, performance and other related activities to be seen, heard and enjoyed’.

Fees for films started from £2, while video hire rates started at £9, with 70% of hire fees going direct to artists. 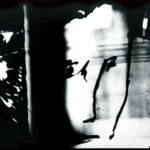