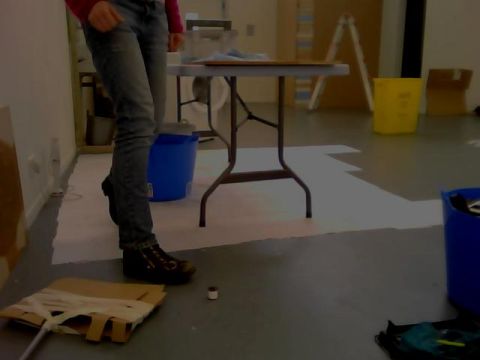 ﻿SYSTEM
It has seveal meanings some of which being:
a set of things working together as parts of a mechanism or an interconnecting network
in Geology; a major range of strata that corresponds to a period in time
in Astronomy; a group of celestial objects connected by their mutual attractive forces

The exhibition in Estonia went really well and last week I did an on-line temporary exhibition as a suitable venue was unavailable within the timescale in the UK.

The timescale refers to the fact I am leaving the UK after 12 years to go back to Ireland. I came here first to study art but after 3 years I was rewarded with a 2:2 and not much hope of success in the arts (not that a 2:2 means failure but the spirit which which I was left was not one of hope). I couldn’t go home with my tail between my legs. I was too proud. Now after 7 years practicing as an artist and a two year Masters Degree I have achieved a distinction in Fine Art and now it is time to go home and share all I have learned with the people who made me who I am.

Ireland is suffering badly from the economic crisis. There are less people, less opportunities, smaller art audience, fewer paid opportunities, more competition from the many artists and graduates who have been struggling to find a means to survive. How will I survive in all this?

Well, I have been applying for every opportunity that comes up, which makes about 3 in total but I will persist. I also think that by being there, meeting people finding out the lay of the land I will be better equipped to make successful applications. In the meantime the one luxury I have is space and a roof over my head.

I’ve been kindly taken in by a friend during this transition from the UK to Ireland. I am very grateful but I have not made anything for two months. After the intesity of the MA making for 10 hours per day every day I thought it would be a welcome break but in fact I am nothing without making.

I have had some opportunities to deliver workshops with schools and BA students which has allowed me to do a little making but it is not the same.

On Saturday I fly home. On Monday I intend on acquiring same to make and get up and running. This is all I can do for now. Make and reflect and make and hope that it is enough.

another 10 hour shift at the studio.

For most of last I was in at 7.30am and left at 5.30pm. I tore paper, people came to visit or stopped as they walked by. They asked;

‘what will you do next?’

‘how do you feel when you are doing this?’

On Wednesday we had a peer critique. I avoided talking about my work and just continued tearing, and on it went until Friday when I arranged collection of an almost broken washing machine to be brought to the studio.

This morning I arrived again at 7.30am and tested the washer. It didn’t work. I continued tearing but all day I felt this sense of doubt and panic about what I am doing. Maybe it was the arrival of the washing machine which signified the next step for the process. I wasn’t so concerned about the fact it didn’t work, perhaps part of me felt no sense of urgency to get it going.

It began to occur to me that perhaps the tearing of the collected paper was something separate to the work with the washing machine.

I moved into Studio 4 last Monday and I have tried to spend all day every day there since.

On Monday morning at 9.30am, after only fiding a hammer to taker down the boards around the sink I was confronted with a dilemma. My good friend and work colleague had a family emergency and needed support. I offered to take over for an event that would happen on the Thursday. It was my last day of work for ExLab a project I have been co-project-assisting on to help fund my MA, which coincidentally was happening in partnership with my friend and colleagues department at the university.

It was also the group critique with Marcia Farquar from Tuesday to Thursday So I spent a few hours on Monday and all day Friday in the studio.

Tom Hall was also in Studio 4. He is one of the tutors on Fine Art. He was making a sculpture from cardboard. He said he once had a talk by a sculptor who carved in marble and he said you should steep you hands in urine everyday to keep them in the best condition for sculpting after this he said he use cardboard.

Interestingly, in the afternoon when I was quite tired from the event the night before and the clean up this morning Tom asked me where I had gotten the paper. Without much thought, except for maybe informed by the latest piece of text I had produced in response to Cultivate2 I responded. I told him I’d collected all this paper over 6 or so years because I found that I had no control over the decision to keep or throw it away. I explained that in life, much of life just happens, we have no control over the body and circumstances we are born into and we have no control over our inevitable death. because of this we make decision making a high priority but actually it counts for very little in the end because we may set out in a direction but there is no guarantee things will go to plan.

I showed him evidence of this in the papers I had kept where a decision could have changed my life, but I will never know about that now and is it worth worrying about? i showed another example of a decidion i made that probably put me where I am now, but i will never know which was the right one and if there is no right decision the could we be happier by relinguiching all decisions?

He went out for a smoke.

i continued taking the papers from my suitcase and sorting them into piles on the ground.

Then he came back and asked ‘are you sure?’ i said no, I am not sure. He told me about control; he could get a haircut, put on some new boots and then he had control. I presume he meant that he could control how he feels about his outlook rather that face things unprepared.

he said that I showed him pieces of paper where I had relinquished control, like the Sheffield Hallam folder that I didn’t pursue because I came to AUCB and that the decision to relinquish decisions was still a decision I had made.

Now he said it is like your paper. This looks out of control and by sorting it you are taking control again.

I said maybe and we both got on with working.

I have been called raw. I have been called considered. It has been written that I have a transoppressive approach yet I am committed to strenious practice and training. It is undecided as to whether I am a sculptor or a performance artist.

I could be like Rebecca Horn and be both. I think I’d like to be like Gina Payne, Eva Hesse with a little Sophie Calle and some Pierre Armand and hang out with extroverts, cool kids and maniacs.

If I go to Japan it may cause some problems but may give me the discipline to make and the grace to perform with a little more class.