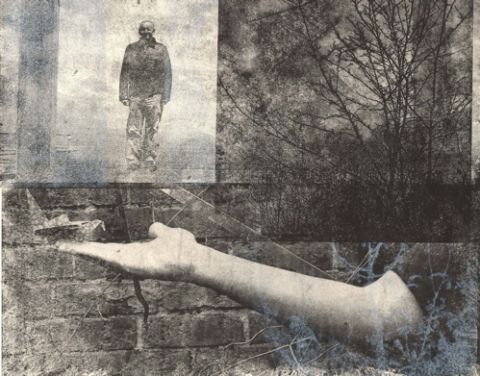 Back in my space, there were a pair of goldfinches munching on the seeds still on last years lavender today…this is a photopolymer print of another look at the shed interior. 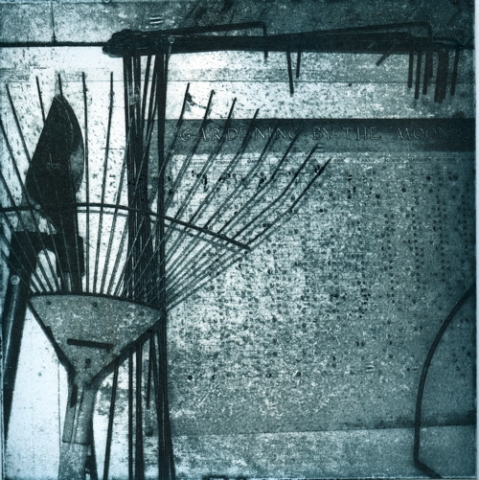 One of the things my print partner Sue had talked about as an influence on her work was 'the panoptic eye'…..I've been thinking more about what that is, and as well as lots of things about the wider issues of monitoring and surveillance, I found this in an extract from Scientific American:

"A bug's eye can see in almost every direction at once. Such broad vision holds tremendous appeal for the makers and users of artificial lenses….now researchers at the University of California have fabricated an artificial eye that mimics an insect's compound eye..

In a few years, such all-seeing lenses could be found in camera phones, at the end of medical devices, in omnidirectional surveillance systems or as tiny, hidden cameras,. Panoptic living may finally be glimpsed through a fly's eye."

This is a photograph of a bug I watched in Spain (the same sort I think that the mechanical ones in the film Pan's Labyrinth were based on)…I photographed him on some wired glass. What would his version of me look like? Pam 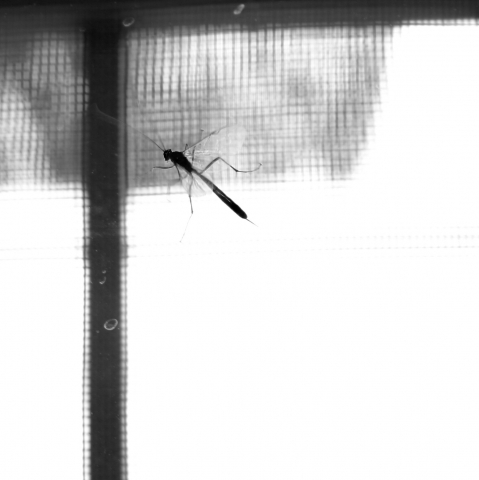 Not particularly relevant, but i really like these photo's for the atmosphere they create.

" Tok means 'path', 'road' or 'gate' but as it is used in song, the sense is more that of 'map'. The device refers to the way that a song, from start to finish, projects not merely a description of places, but a journey. The song is successful when listeners are totally suspended into a journeying mood, experiencing the passage of song and poetic time as the passage of a journey. Constructing a song as a path, or tok, sets the listeners on a journey during which they simultaneously experience a progression of deeply felt sentiments associated with them…All songs are sung from the point of view of movement through lands. The composers craft is not to tell people about places but to suspend them into those places. Singing a place is not a descriptive act but rather one that 'impregnates' identity into place"

an extract from; WILD- an elemental journey by Jay Griffiths

i like this idea of giving the listener or viewer in my case, the ability to project themselves into the place you are describing. i guess it's to evoke an emotional and personal response. i like the idea of my work not describing something specific but acting as a tool to provoke questions in the viewer about themselves and their own relationships with their environment.