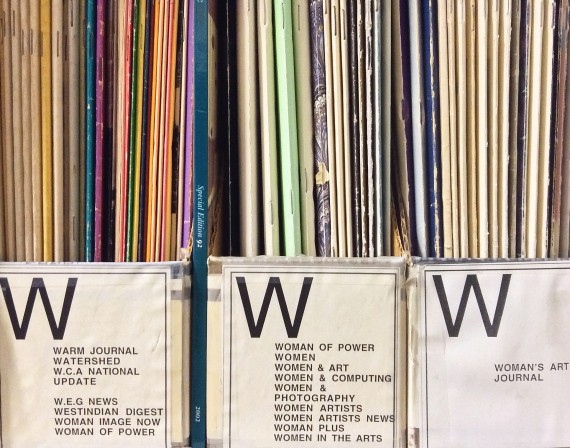 In tandem with my print project, From Absorb to Zoom: An Alphabet of Actions in the Women’s Art Library, I am inviting selected artists with documentation in the WAL archive to send me images of recent work to feature on this project blog.

Oona Grimes works with books, print and mixed media. Her show, Chapter Two, is on view at Danielle Arnaud in London, from 8 November to 14 December, 2014.

I love the way Grimes describes her practice:

Oona Grimes is a compulsive draw-er, scribbler and storyteller. Working with books and multiples, etching and mixed-media, she embraces redundant print process; re-cycling obsolete materials and last of stock.

Grimes conjures narratives subverted by the mistranslation of myth, gossip and verse. Language is re-calibrated, signposts are written over; it is a universe of vile deeds and mysterious contracts. William Bligh, Fred West, John Dee and Carroll’s Alice rub shoulders in cocktail distillations of individual and collective memory.

Recent works take the form of an exploded book unyoked from a single narrative. In a land without signposts, strange playful figures and alien text toy with our need to decode and translate. Not non-sense but an alternate order which warps time and memory, like fractal geometries of chaos.

To learn more about the Women’s Art Library:
http://www.gold.ac.uk/make/

To support From Absorb to Zoom on Kickstarter:
http://www.kickstarter.com/projects/650466689/an-art-project-celebrating-the-womens-art-library

Anne Krinsky is a London-based artist, born in the US. She works with paint, print, photography and video. Research underpins her practice and she has made installations in response to archived collections in the US, UK and India. She exhibited her first project with a UK archive, From Absorb to Zoom: An Alphabet of Actions in the Women’s Art Library, at Goldsmiths University of London, in 2015. The artist’s multi-year project, Tide Line Thames, investigated the river and its architectural structures between high and low tide lines, for London’s Totally Thames. Tide Line Thames culminated in 2017 with a video installation in the Brunel Museum Thames Tunnel Shaft and with Tropical Thames, a digital print installation commissioned by Canary Wharf Arts in Crossrail Place Roof Garden. The artist says, “Watching the Thames erode metal, wood and stone, led me to think about coastal communities and intertidal habitats at risk from climate change-induced sea level rise. Since 2018, I have been working on an international project about vulnerable wetlands and climate change.” Her current research on fragile South Coast wetlands culminates in two exhibitions in Worthing. Anne Krinsky: Wetlands / Shifting Shorelines, an outdoor exhibition on the Worthing Seafront Promenade, is on view from 29 October 2021 through late April 2022. It leads up to – and will run in tandem with her exhibition, Anne Krinsky: Fugitive, at the Worthing Museum and Art Gallery, on view from 5 February - 1 May 2022. Anne Krinsky is the recipient of several grants, including an Artists International Development Fund Grant, two Grants for the Arts from Arts Council England and an a-n Artist Bursary. The British Museum, Boston Public Library, American collector Graham Gund and U.K. charity, Paintings in Hospitals, have purchased her works, as have numerous corporate and private collectors on both sides of the Atlantic. She has been awarded residencies at METAL, Chalkwell, UK; Fundacion Valparaiso, Mojacar, Spain; Millay Colony for the Arts, Austerlitz, NY; Sanskriti Foundation, Delhi, India; Virginia Center for the Creative Arts, Amherst, VA; and Oberpfälzer Künstlerhaus, Schwandorf, Germany, among others. www.annekrinsky.com