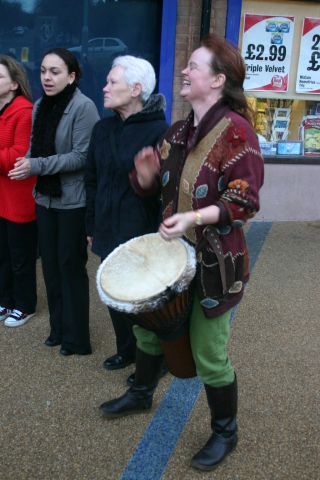 This project is about integrating art into a new exciting playground with the community of Barton.

I have just paid my final payment for this job into my account and that feels like closure on it really. The opening ceremony has fizzled to nothing, I believe there is still finance unspent to fund it.

I believe the opening ceremony to be one of the most important parts of a project like this. Celebrate something good, and have the chance to meet people who live 4 doors away but you don’t know them.

The ‘do you remember that’ – ‘did they’ – ‘have you heard’ – the back patting, the shared experience, – just everything you know, call it the journey if you like. This is what bonds communities together, having shared goals and reaching them. Making things better than they were, changing things, doing it together. Work for the wider group and not the individual, the opportunity to reinforce those things has now been missed. The park is no worse for not having a party, but it would have been worth while.

special mentions: Oxford City Council and Fusion for getting everything done as best they could.

And I hope the resident of Barton with the video camera does actually make his ‘3 Minute Wonder Barton Documentary video for channel 4.

Last; the ‘biggest knob head’ prize: Goes to the facetious guy who asked whether the primary school kids involvement would enable them to all become Landscape Architects and Sculptors when they grew up.

What he should have asked is: Will the children have a happier childhood, so when they grow up they make positive contributions to society. And is it OK if I write a song especially for the opening ceremony?

I emailed Oxford city council PR and press person with a few quotes and some facts about what an impact this park had on the community. She said she would submit one more press release. I have seen nothing published.

I know there was press coverage from 2-3 local newspapers. They were OK, positive and keen to show exactly how much the park cost and where the money came from. But no one highlighted just what level of input local people had in making this park turn out such a success as it did. The descisions they made from consultation meetings and the commitment they made through my aspect of the project as well.

I know it has totaly changed the way children play in the area. Changes for the better. Social capital and community spirit, self esteem and ownership in a deprived area are the real outcomes of this project. This has been forgotten about and was the real objective.

The reason I feel so strongly about this is because this is the second project I have done on this estate. The first laid the way for building improvements to the centre of the community and was a success. I was keen to work with the same community again to see for myself what it is like the 2nd time round, was it possible to get results again? Yes, it turned out just as good or even better.

What I wanted to do was to show all the doubting Thomas's who come up to you and say, 'change is a bad thing, the kids are ferral, the councils crap, the police are AWOL and public money should be spent more constructivly' (on whatever their little agendas are). I feel this was an oppotunity to show them they were mistaken and look what a positive impact seventy something grand had. Cheep in my opinion!

Sorry to spend time ranting and talking shite, it probably wont be the last!

The focal point for this park changed, due to practical (and probably financial) reasons. Anyway ……..I knew the low retaing wall that looked horrible was the place that it now had to be? There had to be a statement here.

I did'nt know exactly how or what, untill I thought I would use it as a gallery for all the rest of the mosaics made by the local people.

I stuck the remaining 13 mosaics on the wall, framed them with some black and white tiles which have been in my shed for ages and thought I would paint the remaining wall white.

Yo…..white I realised grafitti would be irrestible and really show up. I had to to something to this wall cos it was just rubbish. I went for a look which has low impact at a distance but very visual when you get near it. Taking a bit of a gamble in a public space making it up as you go along, I went with the checked thing, did not really have a clear vision only to reduce the impact of graffitti when it occurs.

Take heed by me.

If I were a premiership footballer I would would get that tattooed on my inner forearm in Japanese.

My cement mixer fell over, it was too heavy to pick up because it was full of cement. So I had to empty it out using a trowel while it was laying down.

I do have more important things to say about this project, but not at the moment. Too tired. 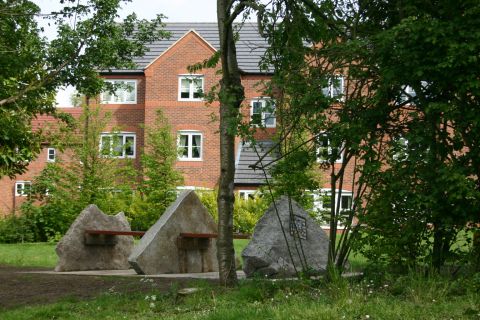 Off to barton to complete this project next week.

I have created 3 threshold features to the park with stone markers, each entrance is guarded by 2 guardians, to make sure everyone is safe in there while they are playing.. 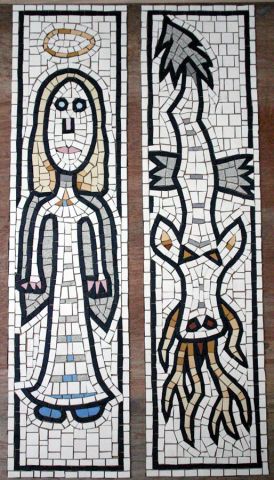