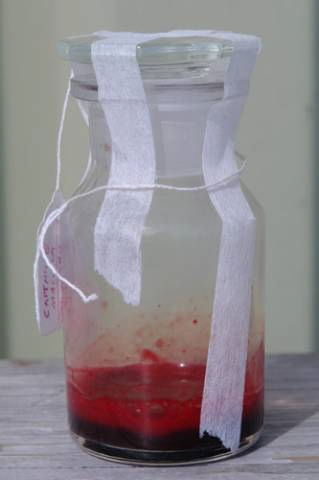 I was lucky enough to be chosen this year as one of the artists for the joint British Antarctic Survey (or BAS as its known) and Arts Council England fellowship to Antarctica. It all seems a long time ago since I first submitted my proposal. I saw the ad for applicants about this time last year in the a-n mag and thought how fantastic it would be to go but hey…… every artist and their dog must think the same what chance would I have? Obviously none at all if I didn't apply, so I did.

It somehow seems appropriate to come full circle and make a last post sitting back at home at my kitchen table.

The journey back was pretty gruelling, made worse by being unused to hoards of people and shops at airports selling stuff that no one really needs. For two and a half months I've been used to not carrying money, mobile phone, or having to negotiate traffic. I've worn the same clothes as every other person at the base, dispensed with make up and lived in rigger boots. It has been incredibly freeing and I feel very privileged to have been given the opportunity to dip my toe in the Antarctic.

I've often felt that the stuff of everyday living back in the UK gets in the way of letting go and allowing yourself freefall thinking, having the courage to explore areas you feel unsure about takes time and space. I had a long conversation with Andy one of the scientists on the plane back from Santiago about how its the same for scientists but its an easy thing to avoid by being very busy.

One of the last things I did at Rothera was to give everyone a glass reagent vessel and asked them to fill it with whatever they wanted about themselves/ the antarctic (or to keep it and put paper clips in…….) I wasn't sure if it would be taken seriously but I was overwhelmed by the enthusiasim and thoughtfullness that people approached the task with.

I've definately come back feeling I should be more careful with my mark making in the world.

This is sadly going to be my last entry from Antarctica. I got back from Sky Blue to a barrage of emails and deadlines and reality gripped rather vice like.

I've built my furnace and have had lots of successful firings, from taking 4 hours to get the glass up to a good melting temperature (around 1150 C), I've perfected the burner, flue and insulation combo to now only take 2 and a half hrs….and believe me when you're sitting outside on a pile of stones in the cold Antarctic sleety snow (tues) waiting, it makes a difference.

It seems very appropriate that trying to make usable glass here is an uphill challenge. The beer/wine bottles melted down make really shitty difficult to work glass, when the glass is finally at a temp to use, the cold wind is very efficient at cooling everything down again…. very quickly. But everything about human presence here is a challenge, we're basically just not supposed to be here…..why should it be anything other than hard?

I pulled lots of thin glass strands yesterday with Kai the pissed off plumber and used them interactively around the base. This morning I walked to the bay past Weddell and Elephant seals in my orange boiler suit to go and collect some chunks of sea ice to use with the molten glass, thinking to myself 'where else in the world would I be doing something like this?' and it was beginning to feel normal.

One of the scientific programmes in BAS uses a lot of ice core samples, the different layers record different environmental changes and the air spaces in between the ice crystals contain gasses particular to a given time……dinosaur breath?….. With the help of Andy I managed to saw/drill out a sample of my own from the blue ice at Sky blue (which had filled itself in in less than 24hrs). I'm going to send it back to Cambridge with the scientific ice samples, it already looks different…..a big rough hewn chunk as oppose to the rows of neat tubular columns. I'm going to do lots of my own tests on it and use it in combination with video.

Being an artist here has often seemed beside the point. The Antarctic is the point, it should always win, it does everything you could possibly imagine from subtle mark makings to crashing over exuberance…it fills you up inside your head and soul but simultaneously strips you bare leaving you standing reeling trying to work it all out.

If I hadn't been lucky enough to visit Sky Blue, I wouldn't have experienced what conditions in the Antarctic are truly like. Here at Rothera, life is very comfortable in our centrally heated buildings, hot water, and meals cooked for the 80 or so people on the base by Cyril our French chef. Rothera is the biggest of the BAS bases, and with the construction of a large new building taking place this summer, its getting even bigger.

Sky Blue is a plastic hut and a couple of pyramid tents placed there because of its proximity to a large glacial blue ice sheet scoured flat by the prevailing wind, which means it can be used as a runway for the BAS planes. The basic job of the people at Sky Blue is the maintenance of the runway, and the unloading of barrels of aviation fuel which are then used by the twin otters to get even deeper into the field. I was able to co-pilot a flight further south from Sky Blue into the Ellsworth mountains where a field party were camped on an the Rutford ice stream moving 1 metre a day.

It was a running joke at sky blue that every small task we had to do was 'an operation', 'operation get out of bed for a pee in the middle of the night' meant putting on coat, hat, gloves, sunglasses,bashing tent free of snow, untying tent, trudging to the 'turdicle' (a deep hole dug through the snow into which we were slowly forming a rather interesting giant frozen turd stalactite).

Fresh food was a novelty, and when the weather changed for the worse as it did we would often have a group of scientists and pilot to feed and find space for at night. Cooking for as many as 13 on one primus stove, and one fumy primus stove, with one onion, trying to avoid pasta yet again in the equivalent of a bus shelter was an interesting skill.

It snowed when I was at sky Blue, which meant clearing the run way. Using a teaspoon to empty the bath would be a good way of describing the operation. Six of us working on shifts round the clock for 3 days on 2 inadequate snowblowers…..knackering, but team building too. Adam the mechanic from Lancashire had a brilliant turn of phrase 'this is neither fishing or mending nets'.

In between refueling planes, cooking and clearing runways, skyblue was a hugely inspiration place that fitted my way of thinking, and has made clear lots of directions, I will never forget it.

I'm not sure how to start this entry.

I got back last night after nearly 3 weeks working at Sky Blue, an isolated BAS refuelling location 500miles south of Rothera, 75 degrees south on the Antarctic mainland. The stripped back extremes of the environment and struggles of basic living have been exhilarating, exhausting, and emotional.

I'm just going to post some photos for now

I'm posting this a bit early because I'm off to live in a melon hut at the Sky-blue station for a week……..I'll explain it all when I get back……..

Ok, in answer to everyone's question 'have you made any work yet?'………yes, but not in the way everyone 's expecting. I've transported piles of refractory bricks and materials all the way from the UK so that I can build a small glass furnace on the base, I'm going to try and get the temp to 1200 C and melt some of the waste glass bottles (no shortage of supply……..)to do some experimental work with the hot glass and ice. I've been allocated a space outside at the back of the base where I can build it away from other buildings for obvious reasons, but this needs to be cleared of a mountain of stones, making the area flat and building them up to provide some shelter from the wind. Everyone's been very busy with unpacking supplies and recycling the packaging since the ship left, so basically I've been helping around base and waiting for the JCB digger to be fixed. I've enjoyed having a period of getting to know how the base functions instead of launching straight in to making things.

The 'miracle span' is where all the recycling happens, and I've spent sometime working with Andy in there. All the paper, cardboard and plastic is separated and squeezed by a machine into manageable blocks which are then shipped all the way back to the UK. Everyone's really sick of how much packaging comes on stuff that's delivered, especially plastic. When you're living within a small enclosed circuit of consumption and waste, the problems of waste in the community becomes so much more glaringly obvious.

I'm actually quite drawn to the plastic, and have been using it to make some work – its transparency and abundance seem as much part of the base as the ice and snow.

I ran a 10k race dressed as a penguin, drank too much and danced in the sledge store on new years eve. The band was brilliant.