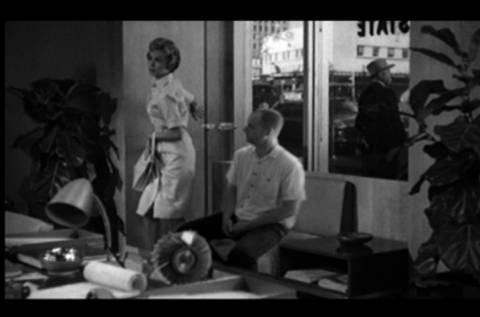 I recently won a Major Creative Wales Award to explore the digital manipulation of moving images at CIRIC (Creative Industries Research and Innovation Centre) in Swansea.

“He gave Marion Crane the money she needed and stopped her dying at the Bates Motel”.

Hitchcock has said that during the silent era the great directors ‘had reached something near perfection’. The introduction of sound , in a way, jeopardised that perfection.’

‘Whatever is said instead of being shown is lost on the viewer’ Truffaut.

Found in a letter in the Guardian.
A Jean-Luc Godard character may have defined cinema as "truth 24 times a second" but I like Frederic Raphael’s version.."Films are lies at 24 frames a second, and ditto when digital"

Over the past few months I have also received funding as part of a social entrepreneurship scheme run by Unltd (www.unltd.org.uk) to research the potential for a broadcasting platform for anyone working with moving images whether artists, filmmakers, animators, archival sources. This started with a promising chat with a local cable channel who were willing to support the project but this fell through. I shelved the broadcasting element and decided to focus on the internet as the easiest and more controllable format to start with and since then I’ve been working with a developer (www.coolpants.co.uk) and designer to create a site using movies converted into Flash movies. This allows a good viewing quality but low file sizes which is ideal when you’re doing this on a budget. The launch date for the site, called www.outcasting.org was going to coincide with an exchange exhibition of moving image work between Russia and Wales, but the funding application was rejected so it meant another change of direction. Hopefully the project will launch in the next few months and I’ll be posting a call for submissions soon but anyone with any questions email to outcasting [at] mac.com

The past couple of months I’ve had my nose glued to the pages of textbooks and the screen of a computer trying to fathom the intricacies of video compositing using Nitris and Shake (the kind of programmes used to make Dr. Who and King Kong, not that I’m after a Tardis or giant ape in any of my work just yet but you never know).

The programmes have been described to me in the following way – Think of anything you want to manipulate or create within a moving image, absolutely anything, and then it’s just a matter of working your way to a solution for that problem. At first this is a very bewildering position to be in, the choice is limitless and this could end with the creation of an endless parade of clever but meaningless shite. What I’m aiming for is some clever and meaningful shite.

Technically the programmes are understandable to anyone with moderate editing / photoshop experience but the fine art of compositing comes into play in deciding how realistic you want something to be. Having watched someone who does this for a living you get the idea that it’s very meticulous work. Gary Bartlett works on 3D architectural environments to demonstrate a building in use. He plants trees, adds people, lighting, plants, everything in fact that makes the space look more real than a 2D drawing. He also applies this skill to working for filmmakers. One particular project for Steve Sullivan involved the manufacture of a Cyclops for a music video and seeing the attention to detail needed to make it all seem as real as possible was astounding. (www.stevesullivan.co.uk)

As I said before I’m not looking to manipulate the reality of moving images in any obvious way. Although I’m not ruling it out, I’d like to start with the smallest tweaks of reality, the things that might go unnoticed, but might not. I’ll let you know when I get enough tech know how and actually start work on something.