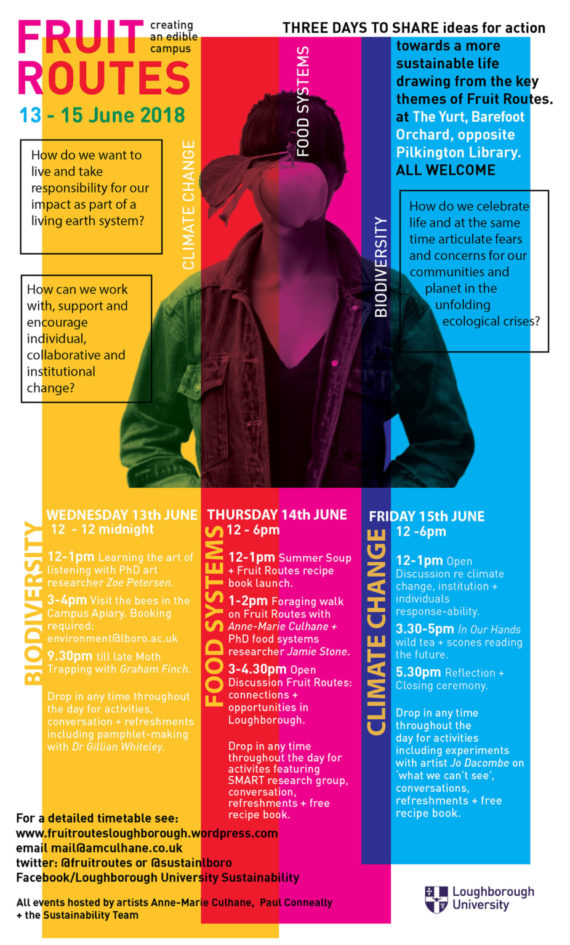 Now in final stages of preparation with Anne-Marie Culhane for Fruit Routes – Summer 2018 at Loughborough University – looking forward to seeing you there! 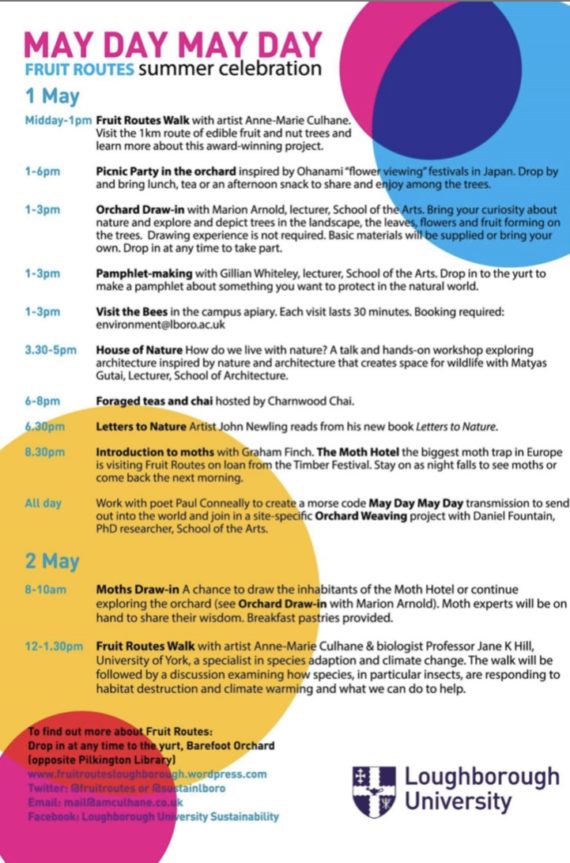 During Fruit Routes June 2018 at Loughborough University Anne-Marie Culhane and I will be performing a new iteration of SKEP where visitors will be invited to become ‘SKEP’ donning a traditional woven beehive on their head and engaging with thoughts for action for a more sustainable life … this will involve writing and drawing whilst effectively blindfolded due to your head being encased inside the beehive the skep… COME AND JOIN US! June 13th to 15th in the Yurt at the Barefoot Orchard, Loughborough University.