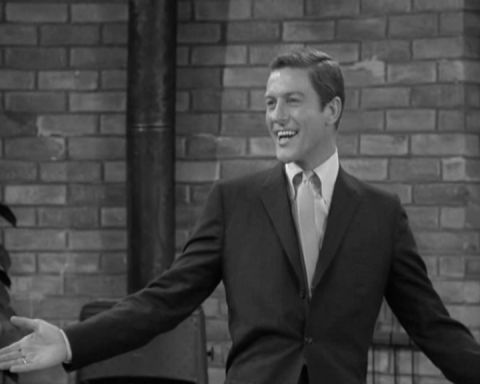 Fundada are delighted to announce the Best of FAFF 2011.

The viewing audience at Fundada Artists’ Film Festival 2011 voted for the best film of the festival and the winners are:

World Première!
On Monday June 13th 2011 Sparrow+Castice went to Wakefield. One week later on Sunday 19th they returned to Birmingham. At some point between these two dates 10 films were made. These are those 10 films.
http:/sparrowandcastice.tumblr.com

Congratulations also to runners up in second and third place:

The piece explores the formal mechanisms of our assimilation of the television media, particularly reality television. The focus remains on such mechanisms as editing, framing and graphics by removing the characters’ faces, reducing them to puppets. This reductive approach gives the piece its childlike quality. The womb soundscape reinforces the concept of television as a pacifier for society.
http:/web.me.com/stripeypaul

The same people living in the same houses. Uniformisation turns everything into stereotypes. The Homogenics family sitcom is an extreme example.
http:/gerardfreixes.weebly.com

Congratulations to all our FAFFTA winning artists and thank you to everyone who voted!

W: What is the selection process?

A: The selection process is we’ll watch all the films together and discuss each one and make a longlist. Once we’ve reviewed all of them we’ll make a shortlist knowing what we’re working with. Then we’ll make the final selection and decide the running order.

N: Last year we didn’t have anywhere suitable to review films so we ended up in bars across Manchester with laptops and wine. We know all the best places to plug in for power, and the preferred seats nearest the plug sockets as well.

A: This year we have a very comfortable HQ with all the facilities.

W: Do you ever disagree about the selection?

A: I don’t think we have… sometimes we’re both unsure about a film and have different levels of enthusiasm for it, but it’s generally an easy process to decide and a good conversation in the process.

N: I don’t think we’ve ever had a disagreement over a film, no. We’re both very much on the same page. Plus we’re a democracy, like U2 but with the Irish vibe and tax evasion.

W: What have been the worst films to review?

N: Dance. And experimental dance. I have no clue over this as an art form. It’s not my place and never will be. Oh and scrotum footage. Can we say scrotum in an interview?

N: Scrotum footage. No, I kid. The best are the ones that when we watch them they instantly strike us as being Fundada. They’re normally a little surreal, sometimes they’ll feature a woodland animal or a flying rum bottle.

W: What’s next for Fundada?

N: We have big plans. We’re thinking of something abroad – we want to take Fundada to Europe. And perhaps something printed like a zine.

A: We’re both interested in language and are developing a project around multilingualism and the inherent strangeness of language. Research trips are going to be an important part of the next year. Showcasing artists’ films will still be a big part of what we do though. Fundada TV is here! 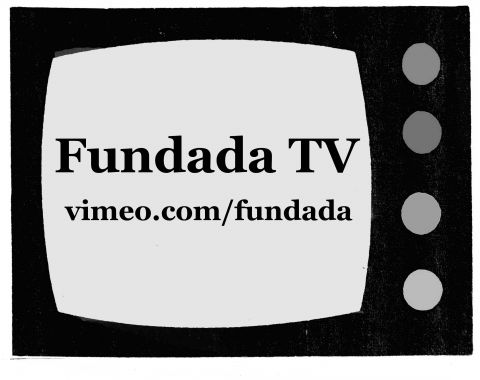 Wolfie: Where does the name Fundada come from?

Nancy: Well we wanted something that represented, something that could be a play on words but also something legitimate. It means ‘founded’ in Spanish and came off a bottle of Havana Club rum. We love rum and this subtle tip of our hats to it seemed perfect.

W: Why a film festival?

N: I think it was an interesting move for me personally as it’s something I have never done before. It’s been great to be critically engaged in something that we are all exposed to and absorbed in. Instead of looking at the big films that are out there, it’s been a great experience to look at the smaller films which have a broad spectrum of talent and are interesting artistically.

A: Last year we were thinking of opening a gallery with a dedicated artists’ cinema space. The space we had in mind fell through but the opportunity to run a film festival as part of Halifax Festival came from Square Chapel who kindly offered us the venue and equipment to screen it. We had no good reason not to run it again this year. We’re planning other projects as Fundada though – not exclusively film.

W: This year FAFF comes to Wakefield. What prompted the move from Halifax?

A: The film festival or any other Fundada activity was never set to be tied to any geographical location. We’re peripatetic and opportunistic.

N: The opportunity came to us through Alice as she is a resident in the studio. Plus it has a pub. What’s better? Pint and a film.

N: Interesting question! Originally we thought it’d be an amusing twist to our application forms. We were intentionally ambiguous what we want people to say Yes or No to.

A: It was an experiment to see if it prompted any surreal answers to the “questions.” It prompted more questions than answers.

N: We get a lot of ticks/crosses to Yes, some smiley faces and some questions. I like the response we’ve had to it.

W: Were there lots of submissions and does it take ages to review?

A: There were loads. We had them delivered to Westgate Studios and every week there was a new stack by the pigeonholes waiting for collection.

N: The reviewing process is a fairly long process but it never seems to drag because we get so many interesting and varied films, there’s always something for us to discuss and muse over.

A: We really impressed by how far our open call went. We had submissions from every corner of the world and it was great reviewing them all.

W: What are the criteria?

A: The submission criteria this year was a maximum of 20 minutes duration and the submissions had to be DVD pal. Last year there were no criteria as we had 5 screening days to play with so feature lengths were not out of the question. We found that despite receiving good quality feature lengths from around the world, short films were much more interesting for us. I think there’s definitely a subtle distinction between film film and art film. It’s not a simple one eg having or not having narrative. And we like film film too.

N: We called it Fundada Artists’ Film Festival because we particularly wanted films made by artists rather than films made by filmmakers. It’s not specifically a criteria though – it’s just suggested in the title, because essentially filmmakers are artists and artists who make films are filmmakers.

A: We also had to make submissions postal only on DVD pal because we had serious issues with film formats last year. Filthy little mov files caused so many problems as they are so incompatible. We had to go to Lumen in Leeds and use their Macs with Final Cut Pro just to convert the files into a workable format. With films already in DVD pal there’s no conversion and quality loss.

N: Essentially, the selection criteria is a mix of quality and subjectivity and also if the films will work together curatorially.

Fundada had a full house at Westgate Studios last night and received some lovely feedback.

“..a great mix of quality short art films ranging from narrative pieces to more abstract works. Films with humour and some with a more serious edge. All wonderfully unpredictable.” – BLPT

“[Sparrow+Castice Do Wakefield] was hilarious but moving as there was an implied abstract narrative.”

“I think we should guard against making video films that copy the techniques used in television!”

“I liked that you could follow the story even though it was in a foreign language and the colours were so rich.”

[On Women In Sheds] “I have an enduring love of sheds. An affinity. Faffing around. Escapism. Sanctuary. Bloody Lovely.”

We also asked our audience to vote for their favourite film of the festival and will be announcing the FAFFTA award winner shortly! 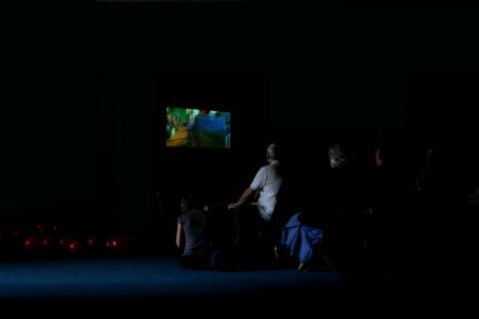