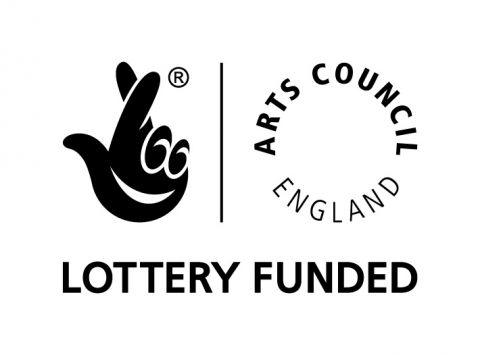 The highlights and lowlights of exhibiting overseas and trying to raise funding for it!

We’ve now set up a ‘secret’ facebook group for the artists involved in the exhibition. This makes it easier to have open discussions within the group and also enable everyone to see each other’s work. The two US gallery owners/ curators have also been added so they are kept up to date without bombarding them with emails.

To date, there are six a-n bloggers: Louise Atkinson, Michael Borkowsky, Julie Dodd, Elena Thomas, Jean McEwan and myself. In addition to at least ten others that are not bloggers. ( more about them in another post)

Debra Eck , the US artist that has invited us over, has been working tirelessly to secure more venues and institutes that can offer residencies. It’s becoming really exciting and I only hope that we can get enough funding for at least ten of the artists to go across.

So the first application is being written up now and will be sent off shortly. Then….we are going to have a go at one of the crowdfunding sites. I’m not sure what the success rates are for art related projects, but it’s worth a go. We are just playing around with ideas for a video now that we can post up.

If and when we get any of the above funding – we can then apply to ACE, but sadly, not before.

So here we are again, at the start of the long process of fundraising for an international project.

Although there has been a bit of a gap between posts, this blog is a continuation of the collaborative projects between ‘my’ group SCI , based in the Northwest of England, and BasementArtsProject Leeds – along with associated artists residing elsewhere in the world.

In a nutshell, we have been offered residences and the opportunity to exhibit in Jamestown, New York in April 2014 and we need to raise the cash for at least four of the artists to go across.

OK. So the reason I am beginning this blog again, is to assist with the fundraising process. As for the ACE funding we received last year for the group to go to Stockholm, ACE accepted my blog as a record of our activities.

Out of the several funding options we are going to try, the first one must be submitted by 4 September. We have therefore asked all members of the group to submit their CV’s and proposals by 20 August, so that we have time to collate them and add abridged versions to the funding application.

As of today, less then half of the group have sent their information.

It’s now a year since I filled in the application for ACE funding. We’ve reached the final stage of the criteria set out and followed it almost to the letter. Because of my own exhibitions and other commitment, I am a bit late on reporting the last exhibition – INHOSPITABLE 1.1, now showing at the ESA project space, 64 Wellington Street, Leeds.

The exhibitions have been gathering more artists as they have rolled along. From the initial 19 artists that exhibited in Stockholm, we have now included Swedish group ArtMobile ( fellow exhibitors at SUPERMARKET, Stockholm ) and several artists from DWF.

The exhibitions – two in Liverpool ( at Bridewell studios and Gallery and Unit 8 Albert Dock) and two in Leeds ( Wellington St and Basement Arts Project) have all included talks and other events which have drawn in a wide and diverse audience.

It’s difficult to give exact figures on the actual audience reached, but by linking our activities with the Liverpool Biennial, we were able to attain the best possible results.

Several of the artists began blogs ( some on a-n ) about their experiences, so this added to the audience figures.

Information about the group appeared in the SUPERMARKET catalogue and on their website from February 2012 then onto the Liverpool Independents Biennial Booklet ( circulation 5,000 ) on their website from September 2012, and consequently on their facebook and twitter accounts which highlighted all SCIBASE activities.

I’ve kept this blog going from the early days as a record of all of our activity, which hopefully will help other artists in their funding bids.( as well as the obvious reason of keeping ACE up to date !)

This recent blog is a little rushed I know, but I will add to it and amend when I have a little more time. The priority was to get this out this week to let everyone know about the Leeds exhibition, which ends this weekend.

Needless to say, none of this would have been possible without the backing of ACE Northwest.

Paintings for the next exhibition were already stacked up in the space when we arrived to take our exhibition down. Such is the nature of the Independents. One blink of an eye and everyone has moved on to the next one……….

After packing our work up as carefully as possible…. ( though a comparison to Christmas decorations was made by one of the artists over two of the more ‘fiddly’ works!) .. We loaded everything on to the van and it made its way up to Leeds. Here it will be stored for a month before it is unpacked again and displayed one more time in the UK.

In the meantime… we all go back to our boring every day jobs and life takes on some sort of normality again.

So, unless anything drastic happens… I can give this blog a rest for a month and carry on with my own work.

…. and so, one door is almost closing and we begin to approach another, waiting to turn the handle.

The closing event of Inhospitable at the Bridewell actually began at various times, as people started to wander in as soon as we got there. The venue has quite strict security rules – main front door to always be locked behind you as you enter the premises and all doors within the building ( studios and office) ditto. But, as there were a few of us around, we asked if, just for once, we could prop open the front door and keep it open.

….and that’s when people started to enter. People that had wanted to come in, in the past, but were too ‘scared’ to.

I remember when the Ceri Hand gallery was in Liverpool and I felt the same apprehension over visiting on my own. It was in an ‘uncomfortable’ area of Liverpool and you had to ring a bell to gain entry to the gallery. I only ever went there once – to a private view, when there was safety in numbers. That’s probably why she packed all her bags and moved south ( if everyone else felt the same)

The choice of venue is so important if you want people to ‘follow a trail’. I was talking to someone recently, who was really excited about setting their work up in a venue not normally used as an exhibition space and as soon as I heard the address, my heart sunk and I thought ‘no one is going to visit there’.

Then there is the other extreme…. after finishing our invigilation shift at the Bridewell on Saturday, I walked up to Copperas Hill with fellow exhibiting artist KImbal Bumstead, to check out at least some of the Biennial. I only had half an hour, as I had to meet up with someone, so only got to see one part – The New Contemporaries . As far as I could see, the work with quite impressive and worth a second visit, but the building is so distracting! It’s a massive disused postal sorting office and it really overshadows the work. I found myself staring up at the ceiling, the beams, the pulleys…almost everything that was left in the building, rather than looking at the work itself.

But anyway………. in an ideal world, we would have liked a more central space where people can just walk in, invigilators are paid and the building just has plain floors and a ceiling……but that wasn’t ever going to happen. We do this for our work to be seen – to whatever audience is there and to whatever venue we are lucky enough to secure.

Up at the other side of town, the door stayed open and although it was bitterly cold in the corridor, our Closing event at the Bridewell was very well attended. Kimbal did his presentation – a variation of the one he did in Stockholm, but just as enthralling.

Our second venue – at Albert Dock was an empty shop. People saw it as just that and wandered in – because it was there. There was very rarely a time when no one visited. Tiring and stressful as it was to have two venues open at once, I can honestly say that it has been hugely successful.

The van from Leeds will arrive on Tuesday, we will pack up the two venues and head north.