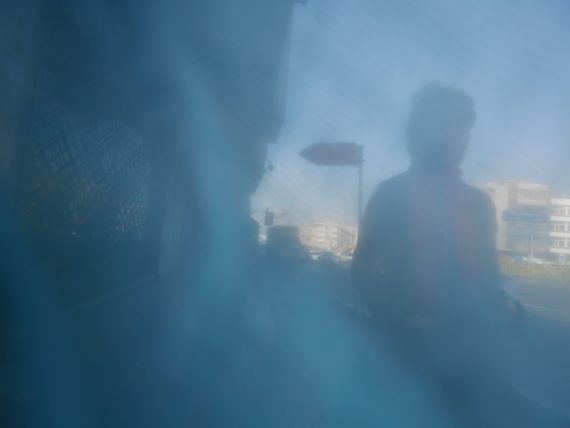 Following an AN- travel grant to visit Iran, I will record and share with you my journey to Tehran, Iran and my trip to the desert.

This will be from my viewpoint of a migrant who left Iran at the age of 1. My experience of migration, and all that it means in relation to my sense of identity, has been coloured by a longing to return to that place which I left when I was far too young to understand it intellectually. While I have no doubt of a body memory from that time, the longing and nostalgia that has followed from day one of departure, has colored all endeavors including artistic ones.

I wonder if following this trip I will be able to bring some reality to the fantasy that follows in the trail of longing and nostalgia which becomes part of many migrant´s DNA. I wonder if as a result I can help shift my own work to become less dependent on personal material and history even if it gathers valuable information from it.

I have taken my pipe with me as well as my head-scarf and a mantoo (a tunic type dress which you wear on top of your clothes when outside. The idea is modest dress) I am also carrying with me the following three mantras:

Home where home is not
Finding ones heart in the desert

Moving through the terror 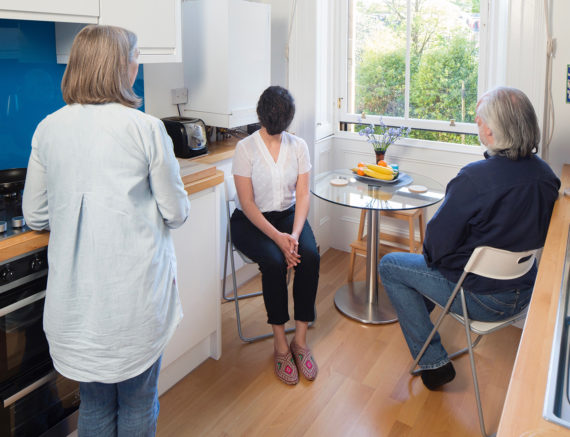 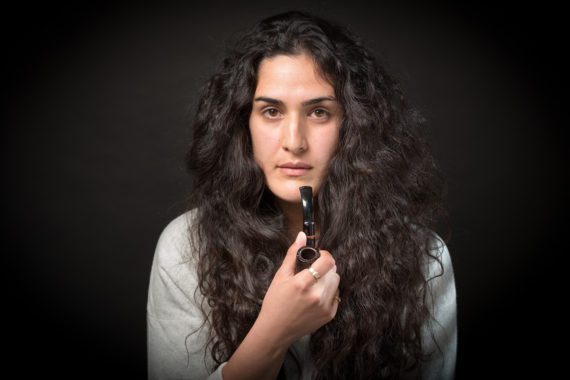 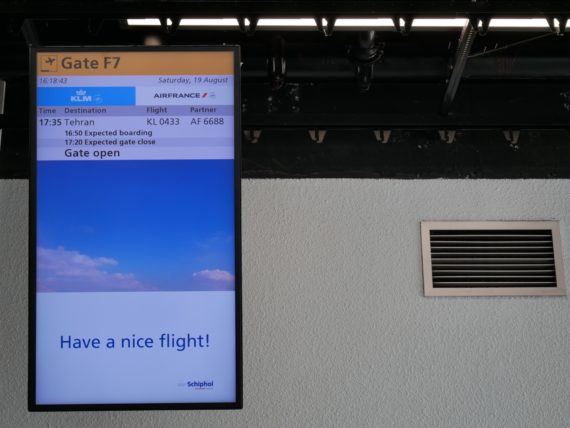 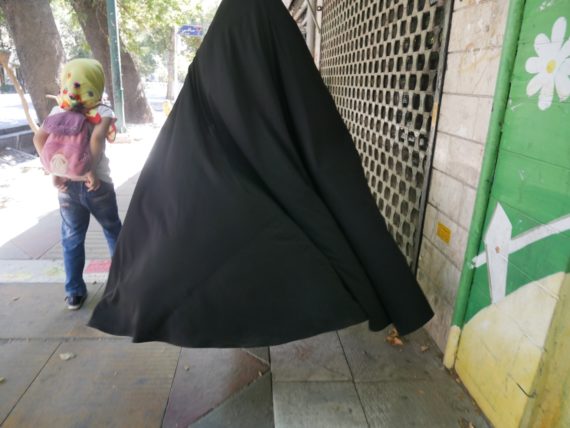 Finally after a calling, which for the past 4 years have made itself particularly heard, I made it to the desert only to find that it is a lifelong journey as opposed to a short visit. 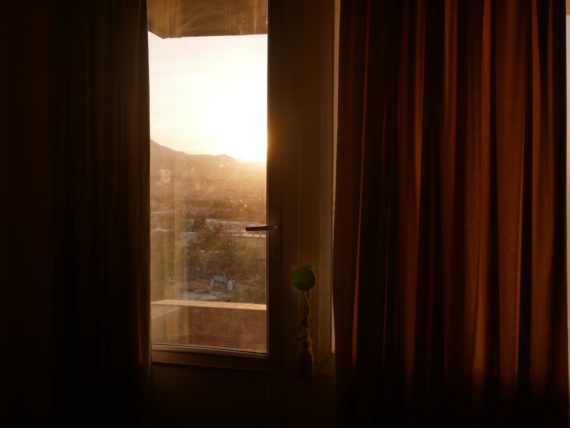 For this first visit, because of temperatures reaching 45 degrees Celcius, me and my tour guide had to spend the days in the city of Kashan, an old city of Iran, and drive to the desert in the evening. We chose Kashan as it is a relatively close drive to the desert and because it is one of Iran´s most famous poet´s hometown. The poet is Sohrab Sepehri and he writes,

I don’t know
Why a horse is a noble animal, and a dove is lovely
And why no one keeps a vulture.
I don’t know why a clover should be inferior to a red tulip.
We need to rinse our eyes, and view things differently. 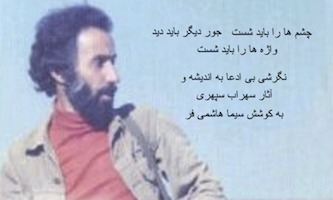 While driving to and through the desert, I wonder if this is what being alone looks like. And a thought occurs to me, if one can move through the terror that follows a certain type of bareness one might attain some proximity to self.. and in addition to the Other.

Others have ventured into the desert also. There was an uncanny sense to man-made buildings in the desert.

I found these little plants in the desert. Inside, these have seeds. When you shake it it makes a sound. I collected these. I wanted to create a sound of the desert alternative to the deafening and awe-some silence that echoes there. 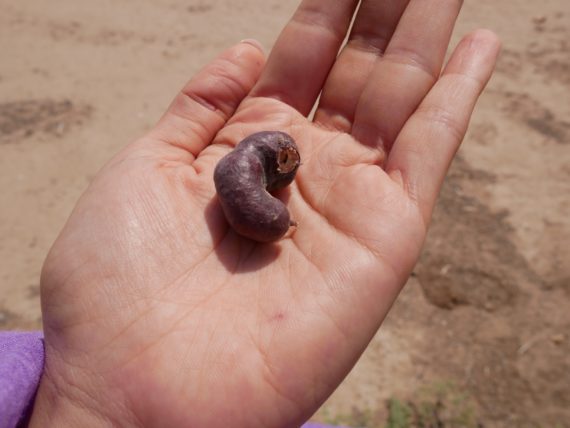 I visited the Museum of Iranian Dolls and Culture twice.
Here beautifully adorned life size dolls are dressed in the local tradition dress of each city of Iran. Women are invited from these parts to hand make these items of clothing. They also make dolls of that locality. A story is gathered from each location to will these beautiful dolls into being for any visitor that comes to visit. I was absolutely stunned by the beauty and detail of these.

I was particularly struck by how at home I felt with these dolls and dresses. Some of my won work sprung to mind.

And some of the dolls reminded me of my own.

The longest street of Middle East cuts straight through Tehran from the North to the South. Its name is Vali Asr and it took 6 hrs to walk.

With the camera hung around my neck I took some images at random whenever my eyes caught glimpse of something. It soon became clear that I was transfixed by a certain subject.

That I would be interested in all things veiled did not come as a surprise to me. All I knew was that the camera had to hang around my neck at all times, as I was not to make use of my eye to frame the subject, and faces should at all cost be avoided in the images.

As I was walking I remember thinking that I must look for softness- much like how curtains add softness to a room, while also insisting on the option of privacy.

My walking companion, seen below in a red roosari (headscarf) in front of the the tower of freedom (Azadi Tower), made sure we kept an eye out for the moral police, adhered to the dress-code without compromising our integrity too much and stepped in when my much too western personality conflicted with the Iranian culture in a manner that might leave us a sour taste. Without my walking companion and all the Persian hospitality we encountered along the way my mapping of Tehran through walking would simply not have been possible. 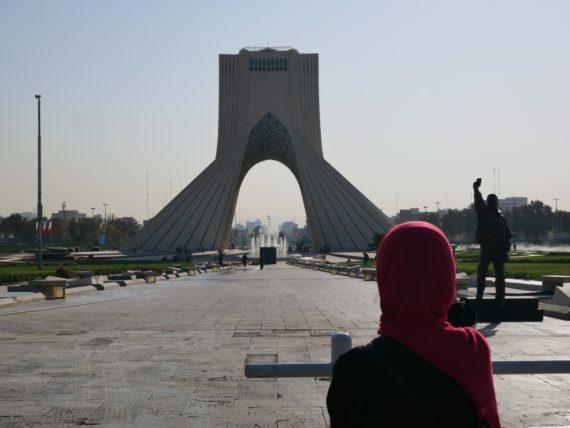 My walking companion seen again below in grey and in floral roosari (head scarf). 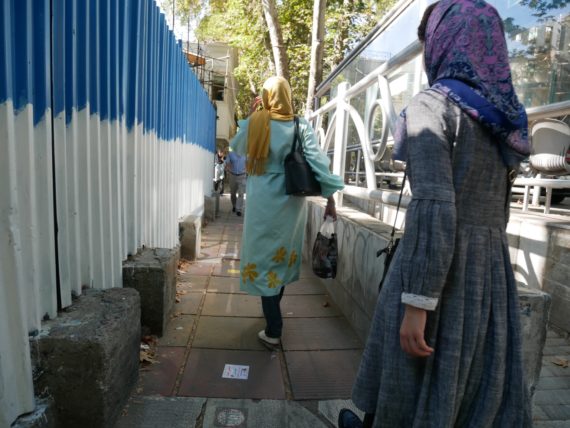 It started with the Dutch national ballet´s retelling of Hata Mari´s life on the tiny screens that adorned the back of each seat on the KL433 flight to Tehran.

On this full flight my eyes were fixed on the screen. Words that came to mind while watching this were veiling, vulnerability, boundaries, consent and the labour of love.

The view from the kitchen window the day after arrival. 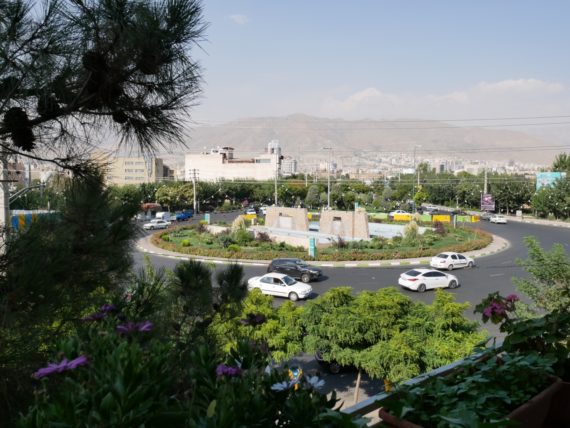 What followed was 10 days of settling in historically (I left as an infant and metamorphosed into one on arrival), emotionally and psychologically, and climatically!

I called the elders in the family to pay my respects, drank loads of tea from the samovar, played backgammon and slowly started anchoring my adult self to be able to start thinking! This was in constant conflict with the lashings of (all my favourite ) food that was cooked for me by my nan seen here in her prayer clothes.. 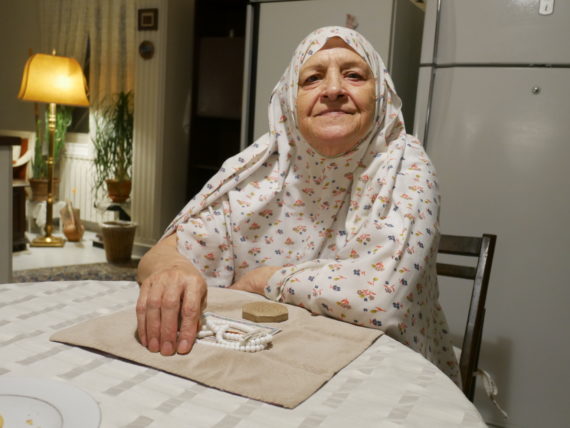