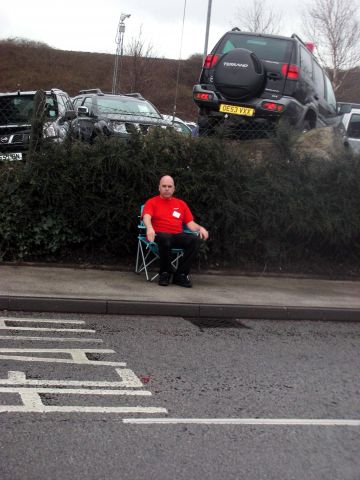 Invigilator is a series of public interventions. It's a collaborative project with Nikki Pugh and Kev Ryan.

The latest piece is INVIGILATOR : DIGBETH – this intervention took place on the 29th of March.

Half a Brick in a Carrier Bag out of Invigilator : Digbeth was featured in /seconds:

“In our streets it is now almost impossible to vanish. We are now watched it seems from almost every building, every corner and yet somehow we feel less safe. Conneally and Pugh ask us to consider what might happen if we were to ditch the cameras and instead benignly watch over each other, look out for each other when we can, leaving the space for one to physically, culturally, morally vanish if one so chooses.”

There are so many aspects to Invigilator : Digbeth that still need working through, collating, understanding.

Here is a link to 'Surveillance':

The day after this was published the UK media was awash with stories of how councils are using anti-terrorist laws to spy on people that allo their dogs to foul the streets, famillies that claim to live in a catchment area of a particular school etc

Another aspect of Invigilator:Digbeth are the 'emotion grids' that participants were asked to fill in when at the work place.

I spent some time last night looking at these and the accompanying emotional words list – a list of emotionally related words that participants could circle that they felt applied to them at the time – as many as they wanted to circle or not.

Harry Palmer's Emotion Grid fell into the canal and floated off.

Those that I have been able to look at will I'm sure soon tell me something. 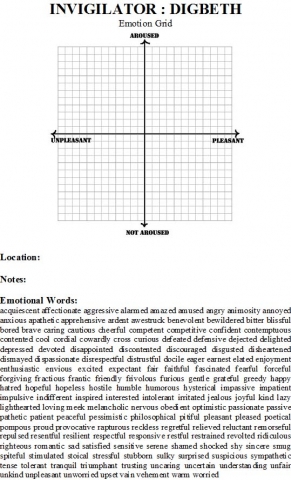 Listening to the Invigilator:Digbeth discussion I was struck by oblique and direct references to boredom – the gallery invigilators job being referred to as sometimes boring.

When transposed to an outside space where the invigilator has to stand or sit and simply 'watch over' then the space and the action of simply watching over it sets up an interaction that is boring in such a way that it can transcend boredom if we let it… The space becoming bored of the invigilator throws up new facets new resonances between it and the 'watcher over' the 'invigilator'. 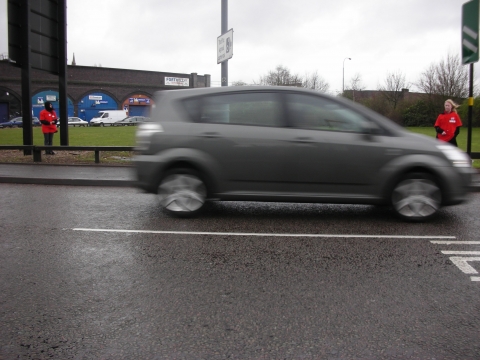 Nikki and I are now independently considering all that happened and was collected during INVIGILATOR : DIGBETH.

We have a vast amount of material. The audio of the workshop is being listened to over and over again by Nikki who is extracting 'phrases' that might be key. I've got some video from this session where ideas around CCTV and being 'watched over' emerge – artists Harry Palmer and Rob Hewitt who formed 2/3s of one Invigilator team tell how the police stopped them and when told 'we're doing art' – then left them alone…

hmm lots to do lots to think on 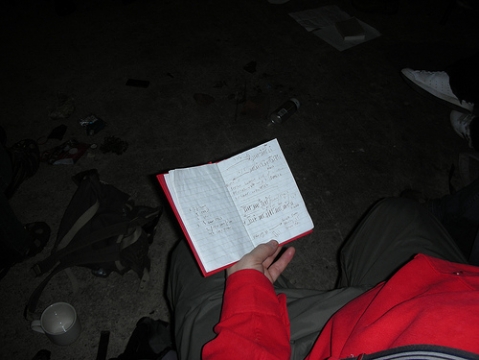