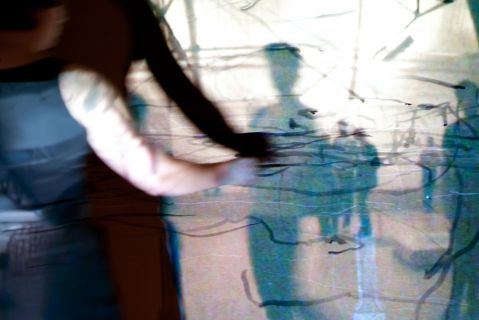 I’m going to try and sustain a blog over the whole course of a project… for the third time!

I’ve started a new blog about my time on AA2A at Salford University:

In the period since I returned from Schiedam I’ve been busily responding to open calls for residencies and exhibitions. The realisation of Motus:Immotus in Schiedam has brought me to the realisation that this work has potential to look really great on a larger scale, with more performers, more cameras and more projectors. There’s an opportunity to take it from a single doorway into a whole corridor, or to create a sort of ‘hall of mirrors’ with the work.

I’ve managed to put this concept into my recent proposals, and have been successful in being accepted onto Salford University’s AA2A residency. There is going to be time, space and support to realise this work on a grander scale, and to a UK public – something I said I would be aiming to do in my ACE grant application.

So this might be the end of this particular blog (although I may post my ACE evaluation if I feel it appropriate) but I think that I will start a new one about AA2A – it’s felt like a good place to think and work through some ideas.

The benefits of working away on a residency or exhibition;

The problem with coming home again;

The benefits of being home again after a residency of exhibition;

An opportunity to put research and reflection into practice in the form of new applications
Seeing new opportunities for my work
A feeling of ambition to improve on what i’ve started. 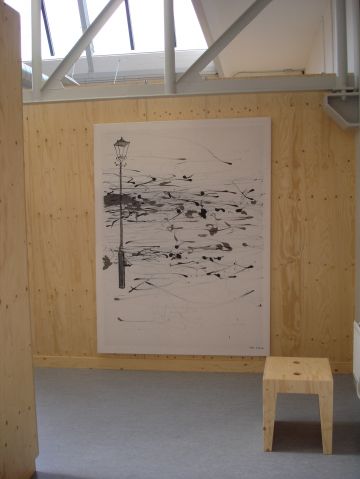 This is especially relevant in the case of this series of works i’ve developed in Schiedam (but also throughout much of my practice).

When my work involves an intervention, where is the artwork – is it:

– the performance – me being behind the screen and actively following images of the audience
– the interaction – the audience taking part, adapting their movements, being aware that they can contribute
– the installation – the physical presence of the objects in the space, in this case the video camera, projection and paper screen
– the drawing – the document that something happened, the ‘picture’ that is left

to be considered and continued… 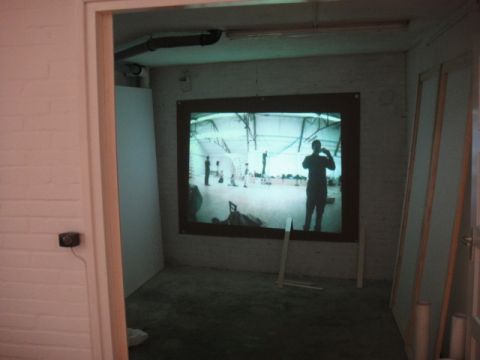 On making instructions – overlaps between dance and performance art/interventions

I visited the John Cage exhibition when it was at Baltic this time last year, and i’ve been experimenting with drawings lately that are led by processes, mathematics, order rather than aesthetic judgement. Before I left for Schiedam, I expressed my concern that some of my drawings had become less about the movement and more about the context. I wanted to get back to the work being more reliant on interaction and documentation of movement. To give myself some rigour in this aspect I wrote some instructions to myself in my sketchbook before I started each drawing – sometimes I broke them, but in the main I followed the instructions I had set.

I felt that this kept me on track while I was making the drawings – I was less inclined to just stop following someone, or be distracted by another more visually interesting movement while I was thinking about these.

I shared my working process with some of the dancers working on Invisible City and had an interesting conversation with Francesca Bracelli (http://francescabracelli.com) who was performing Adam Nillissen’s piece. I showed her the instructions that I had written for myself and she felt that this could be a way that she would start working as a dancer – improvising from this set of instructions to create movement. There’s two things from our conversation that I will look further into – her comments about Laban (which I thought was a dance company here in the UK, but also refers to ‘a way and language for interpreting, describing, visualizing and notating all ways of human movement’) and her idea that I should attend an improvisation class to develop my ideas in my own work and on ways that I could work with dancers or performers in future.