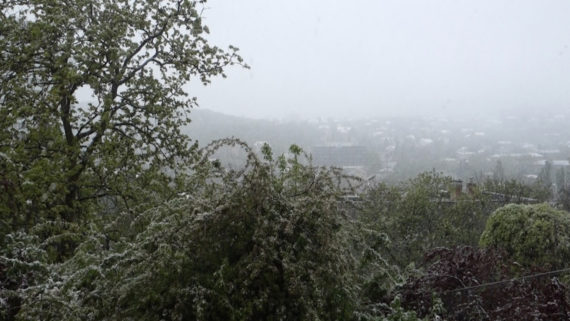 I made a few shoots in my studio to practice on and allow some distancing from the original project. It is so much easier to get things right in such a controlled environment with consistent lighting and a steady camera. At the same time, I kept on returning to the balcony footage without expectations. Just pondering, allowing myself the chance to see what arises. My tutor’s guidance also helped, he would ask the right questions. Sometimes I misunderstood these questions in a way that made me consider aspects I hadn’t thought of before. He kept on asking, “what is it exactly that you would like as an end result?”; “what are the elements that you think are the most important and you certainly want to keep?”; “would there be anything you would like to add or change, just maybe you don’t yet know how to?”. It was so difficult to conjure up confused replies on these questions on the spot, but I really wanted to say something other than “I don’t know”, so I just spontaneously uttered out any ideas that came up right there and then. I like this type of inquiry so much. It overrides thinking and comes up with suggestions intuitively, from the heart. I heard myself say: Can I put wings on the viewer? Animated ones? That the viewers would see on either side, flapping as they swing back and forth? …and other weird ideas regardless of technology and possibilities.

We completed the course, having learnt how to stitch 360 video using Mistika software and to edit sound and image (add effects, change colour, speed and mask the tripod) in Adobe Premiere Pro and Photoshop. It was a great course, very informative, concise and clearly structured. I could not be more grateful for this learning opportunity. After the final session, I was still pondering the balcony project.

‘How can I include the wings?’ That would take another course or two to learn.

‘How to avoid viewers getting nauseated by the erratic camera movement in VR?’ No clue…

I was playing with polishing the quality of the stitching and trying to get rid of stitch-lines in the image when it suddenly dawned on me. I am willing to trade the VR format. I was looking at the equirectangular format of the VR video on the computer screen. This is that elongated, distorted landscape image that is used to edit VR. It is the format in which the sphere of 360-degree reality around the camera is stretched out into 2D (see image attached). I realised this 2D format is the right medium to communicate the content best; this video does not want to be experienced as VR. It is willing to show another perspective of reality. A perspective that is exploring the edges of VR and 2D video. It made sense, as so far, all my major projects were discovering the boundaries of one medium with another, incorporating their contrasting aspects in the content. This video was recorded and edited as VR, but it does not intend to show itself as such. Whilst I was playing it, it also dawned on me; before I stabilised the horizon with the software, the image had a strange effect. It was divided into two halves by the vertical axis of the camera with the balcony and the character in the centre, while the visual sphere on both sides were moving like two wings. The right-wing the ‘home’ and left-wing the ‘outside world’ from the position of the mother. This orientation is reversed from the position of the child. (Some association here to politics: The mother whose life was crippled by communism and the child whose life is crippled by far-right capitalism.)

The swing’s movement created an undulating movement of 360-degree reality in relation to the camera on it. In other words:

From your centre, it is totally normal that reality is flapping about you like two giant wings, as long as there is a swing constant in your visual sphere :).

I find it fascinating how reality can be observed from so many different perspectives. Still, the perspective never changes the fact that the centre is always constant because we can only experience duality from singularity. From our own centre. Just like the VR camera. This idea recalls the well-known meditation technique called ‘The Headless Way’. It teaches to differentiate one’s direct experience from the narrative the brain creates about that experience. The method’s primary facilitator, Richard Lang, calls it the science of the 1st person.

With his words: “Consider this – what you are depends on the range of the observer. At several feet you appear human. At closer ranges you are cells, molecules, particles… At greater ranges you are a city perhaps, a country, the planet, the star, the galaxy…

Others cannot tell you because they always remain distant from you. But you are at your own centre so you are well-placed to look and see what you are there.”

I just learnt about this technique this summer during a super-intensive meditation course—no wonder it is bubbling up from the subconscious as another piece of the balcony-project puzzle.