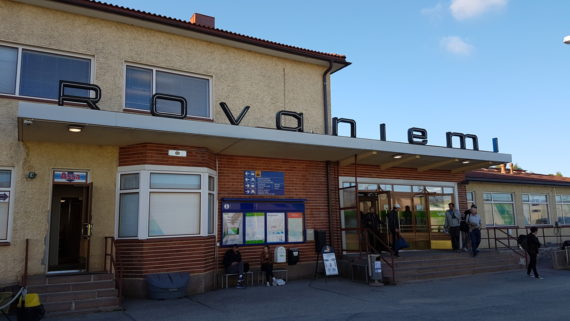 Around 9pm my train entered into Rovaniemi station where I had arranged accommodation close by. Although it was night-time it was still very much light, and as I was soon to discover being this close to the arctic circle, it would remain light until around 2am at that time of year. I had already experienced this seemingly perpetual daytime in the capital of Helsinki, but here in Rovaniemi sunrise was around 4am, and so after 4 days of going to bed in sunlight and waking up in sunlight, I was starting to forget what nighttime even looked like. Opposite my flat was a small shop bearing a strikingly similar name to my own, and I took this as a good omen for my journey.

The next morning I went for a walk around the town while I waiting for two museums I planned to visit to open up: Korundi House of Culture – Contemporary Art venue, and Arktikum – Museum for Arctic Studies. Near the edge of the city centre, I came across a huge river – the Kemijoki, which I would learn is the largest in Finland. Running from Lapland, south into the Baltic Sea, the river boasts a diverse amount of freshwater life, from Trout to Crayfish, and along its shores sit 15 Hydroelectric plants which produce 4.3TWh, roughly a third of Finland’s hydroelectric output, once again emphasising the country resourcefulness and when it comes to nature working in harmony with the city. (For perspective, Scotland with a population of roughly 5 million people, uses around 25 TWh each year – source) 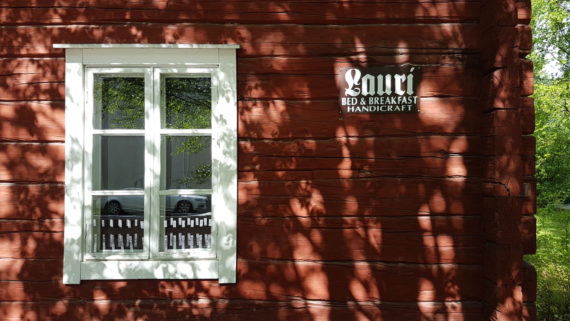 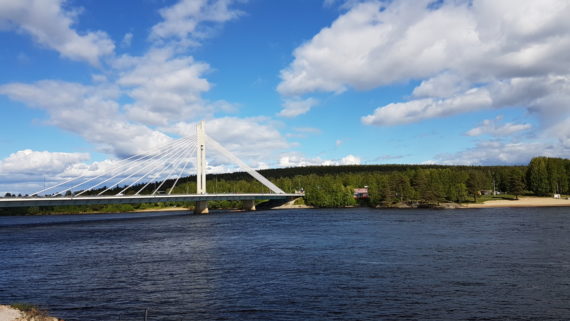 By late morning the Korundi House of Culture was open, and so I walked back through town, stopping in a local supermarket to buy some souvenir Moomin biscuits. At Korundi I visited the galleries and came across several pieces of modernist ceramic works by Rut Bryk. Previously unknown to me, Bryk was a well established and celebrated Finnish designer and ceramicist. Her work on display in the gallery consisted of two giant ceramic tiles, as tall as the walls they were hung on,  and which across thousands of tiny, perfect geometric prisms, cylinders, and squares, inverted and in relief, camouflaged themselves on a pristine white surface. The tile was mesmerising in its scale and minute attention to detail. It appeared to read almost like a language, and I believed it drew upon some of the most ancient means of human communication with spiritual beings, from Aboriginal dots to Egyptian pyramids. These, however, were devoid of any colour, and probably spoke at once of the beauty and bareness of the Finnish environment, especially in times of winter. 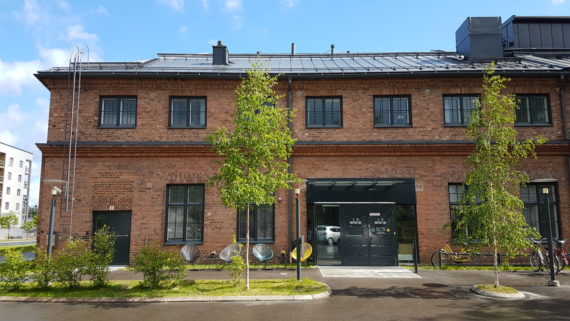 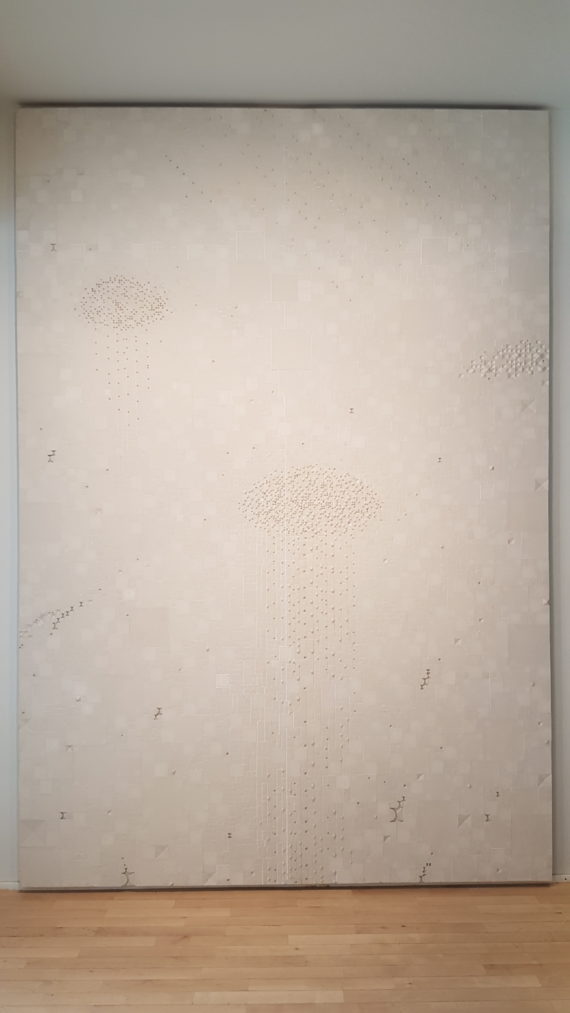 Bryk’s ceramics provided me with many ideas for a new series of works exploring modular porcelain ceramics for, taking inspiration from nanoscale structures found in nature, especially in viruses such as the Bacteriophage, where similar geometric forms make up the very shape of tiniest forms of life. Earlier in the year I had begun research into clay 3D printing, and through a residency at Modern Clay, I had developed a clay 3D printer which used compressed air to extrude slip from a glue cartridge. This was all thanks to the open source schematics made available by artist Jonathan Keep, and other artists in Birmingham such as Ben Harding. Bryk’s artworks provided me with the idea to use these geometric forms to further examine nanoscale structures, their effects on the human body from human and non-human cells, on nano and macro scales.

This linked with the conversations I had with artist Kira O’Reilly, around a project involving nanotextures found on dragonfly and cicadas. Protruding out of these insects wings are millions of finger-like pillars, which eviscerate bacteria as they land on them. Scientists had studied this antibacterial phenomenon and had replicated the structures through biomimicry. The result was a surface covered in these nanotextures which bacteria could not survive on. The possibilities of the technology included the production of textiles which would have antibacterial qualities, and could clean surfaces without the need for environmentally harmful chemicals. This relationship between bacteria and the human body has fascinated me for a long time, and our perceptions of bacteria as being bad for us, when in fact many bacteria in our bodies are good for our overall health, and without which we could not survive.

The following day I visited Arktikum Science Museum to learn more about the extreme environments that life had shown it could still survive in, and try to find out more about some of the earliest known life trapped within arctic permafrost. The name ‘Arctic’ is derived from the Greek word ‘Arktikos’, meaning the land of the Great Bear, in relation to the constellation which can be seen in the Northern Skies all year round. From the museum I learned that the sea organisms, which have evolved to thrive in the inhospitable cold and darkness below the arctic ocean, hold bacteria which has never seen the light of day, and many species are that are unknown to science could contain molecules which may hold the secret to fighting super resistant bacteria. The seawater itself has rarely been studied at depths of more that 4000m, and could contain further bacteria floating freely which produce compounds of some pharmaceutical antibiotic use.

One of the more curious sets of items in the collection included three pairs of wooden Inuit snow goggles. Used to prevent the effects of ‘snow blindness’, the goggles are carved to fit a wearers face, and the two slits increase visual acuity when the suns rays are reflecting off the white snow and ice into your eyes, causing immense pain due to dangerously strong ultra-violet solar radiation. The effect of snow blindness is the temporary loss of vision, essentially caused by sunburned eyes. What I like most about these objects is the almost futuristic aesthetic of them, and as an example of the way technology in its broadest sense has been the key component to Homo Sapiens evolution, extending and enhancing our physiology from some of the earliest of times in human history, and use our intelligence to reshape our bodies, effectively evolving ourselves through technology at breakneck speed. 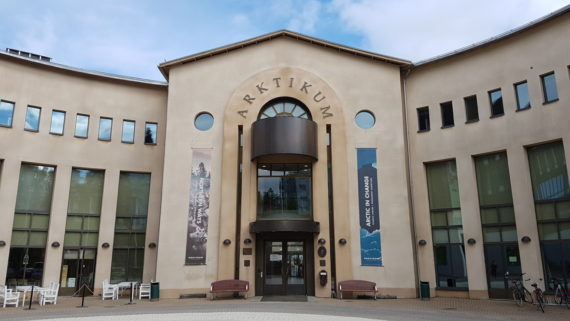 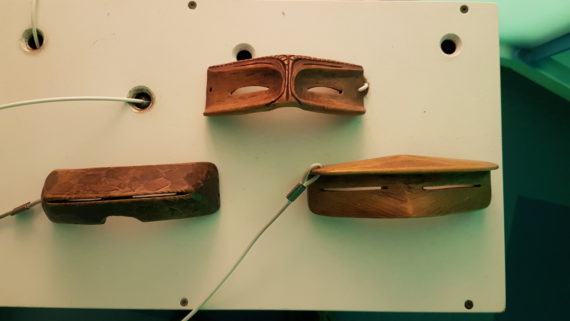 That evening, on the way to the airport to fly back to Helsinki, I made one final pitstop at Santa’s post office. Santa Claus Village is situated right on the perimeter of the arctic circle – coordinates 66° 33´ 39″ – “…denoting the dividing line for the suns rays. North of it the sun does not set at night for at least part of the summer. Correspondingly, the sun remains below the horizon for at least part of winter.” Running through the gift shop this line is demarcated for visiting tourists to take photographs of themselves crossing into the arctic circle, whilst remaining relatively warm indoors. Visitors can also purchase a certificate to commemorate the journey, and you can see mine below. 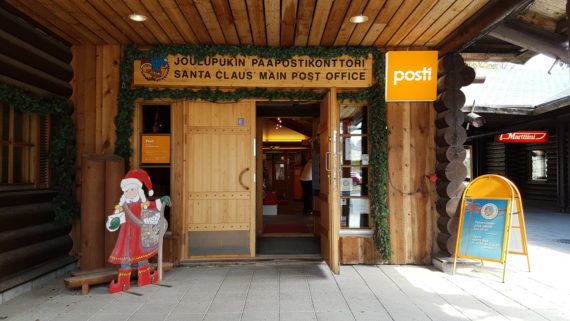 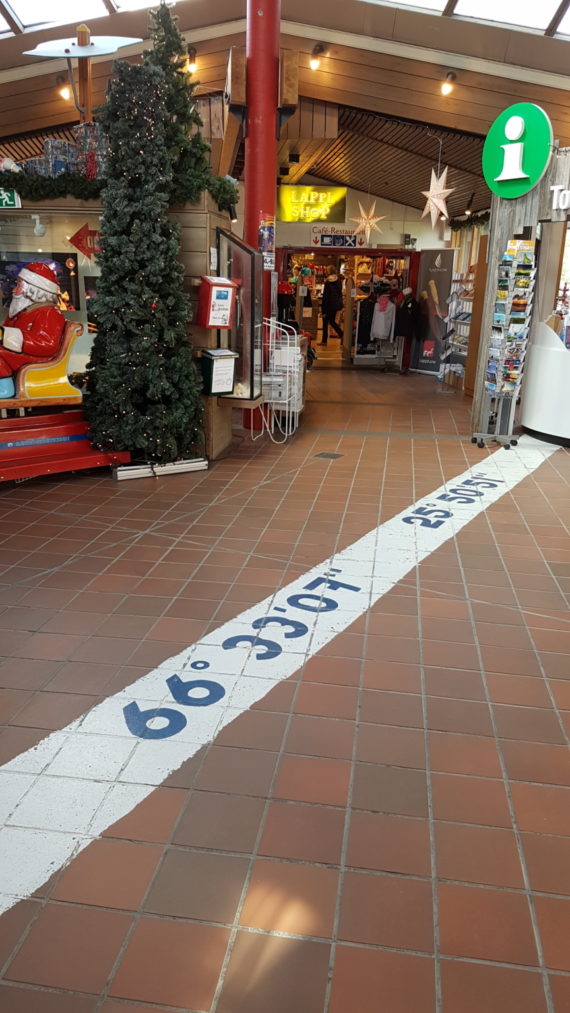 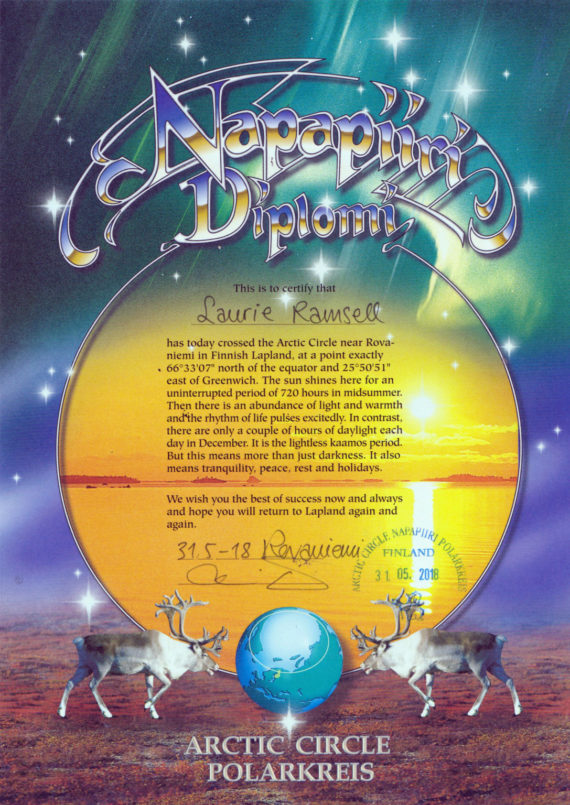