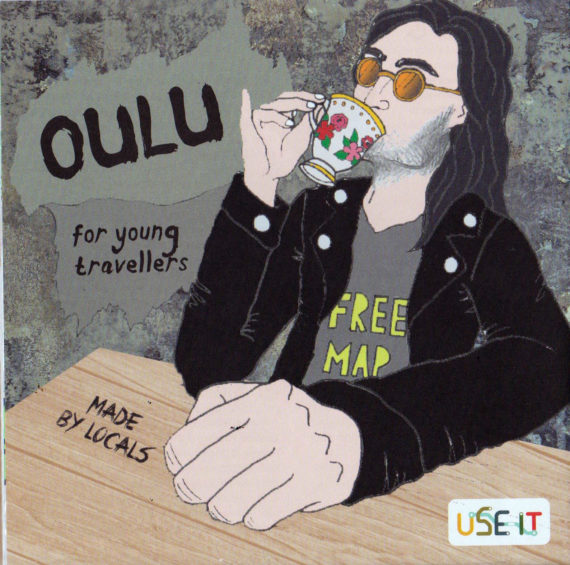 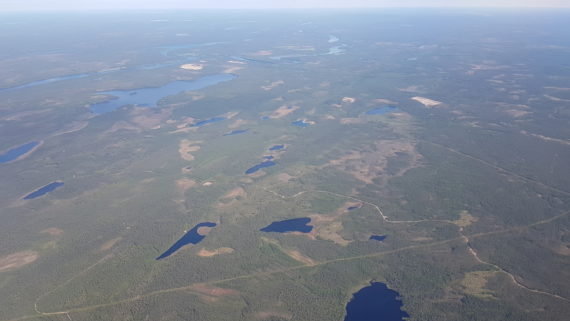 Flying from Helsinki airport (Vantaa) – en route to Oulu, the capital of Northern Finland, and notably the home of the World Air Guitar Championships – it is possible to see how the country earned its reputation as “the land of a thousand lakes”. From my bird’s eye view, it is possible to see the many islands, lakes, and vast stretches of woodland that are interspersed between cities across Finland; and spot small, remote lodges, hidden in small clearings.

Upon arriving in Oulu city centre by bus from the airport, I headed directly to the Oulu Museum of Art. I became aware of the museum through the Bioarts Society – a previous exhibition entitled ‘Splice‘ in which Kira O’Reilly and other Bioarts members had exhibited, examining changing environments and human relationships with nature. 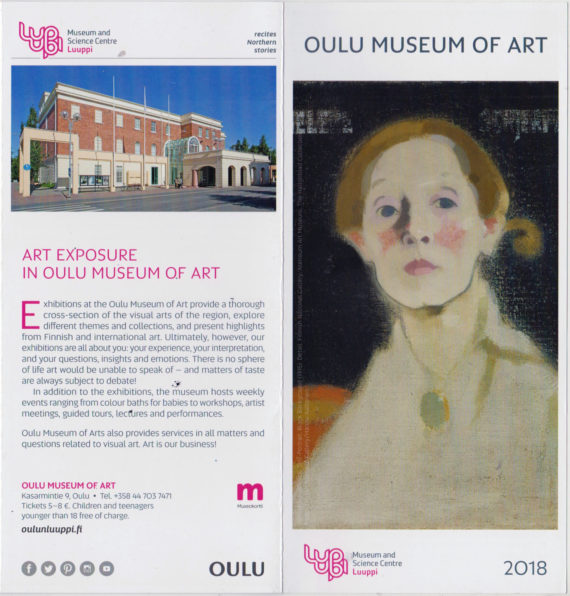 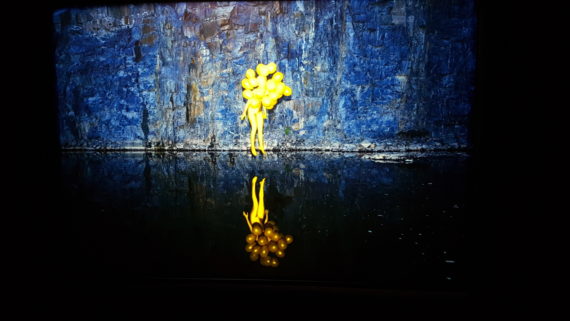 Oulu had by this point become a place synonymous with many working contemporary artists, from conversations I had with the Bioart Society members, and this was perfectly illustrated in the ground floor of the museum in an exhibition by Oulu based artist Anni Kinnunen. Drawing on the vibrant, shifting, ethereal qualities of the Finnish landscape, ‘The Great Escape‘ makes comment on our relationship with nature and our experiences of the real and virtual environments humans now inhabit. This photographic series presents us with our human protagonist, abstracted into some heightened version of herself; transmutated, golden, and with shifting forms.

Exhibition curator Veikko Halmetoja notes, “We have strong preconceptions on what is natural and what is not. Despite this, the concept of naturalness is always culture-specific.” I believe this is a true and interesting point. Historically, the natural has always been conflated with the ‘true’, and similarly, the unnatural with the ‘false’, or even heretical. In Kinnunen’s photographs, I see her human figure representing our species, Homo Sapiens, the same species which first evolved on this planet 300,000 years ago. But today, we are not the same as our ancestors all those millennia ago, we are different, yet the same genetically. With our own metamorphosis, we have also altered the very world around us, to that point that finding something truly natural has become rarer than finding a mythological creature. 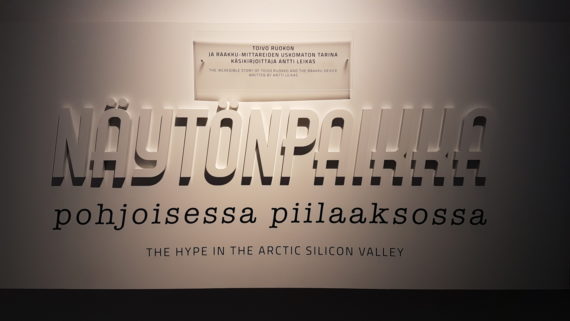 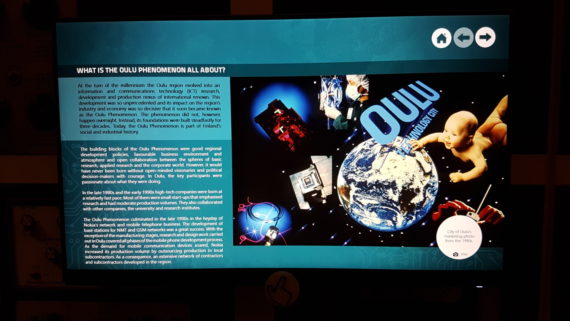 In the upper floors of the museum is a sprawling exhibition ‘The Hype in the  Arctic Silicon Valley’. The group show displays artworks of various artists, all connected through a singular narrative, the technological boom that saw Oulu become a global player in the Information Technology sector. The story charts the very real events surrounding the success of the Nokia Corporation in Oulu, the influx of money and jobs which spread out across Finland and provided the country with the revenue for schools, roads, and city halls. However, things start to become increasingly odd as the show goes on, and the history of inventor-engineer Toivo Ruokko and his Raakku device (Written by local author and communications consultant Antti Leikas) starts to make you as a reader question the full validity of the tale. You soon discover that the Raakku device allows users to read one another’s brainwaves, and that the fictional narrative of Tovio is being intertwined with factual accounts which lead into an interesting artistic commentary around technology, science, and globalisation. 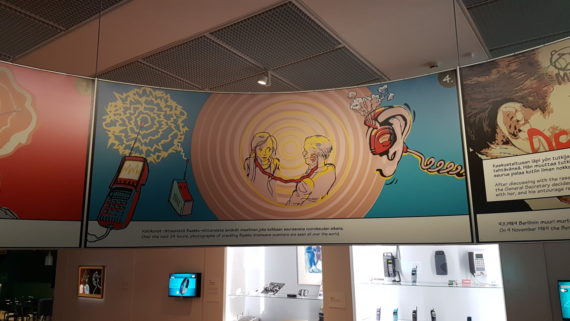 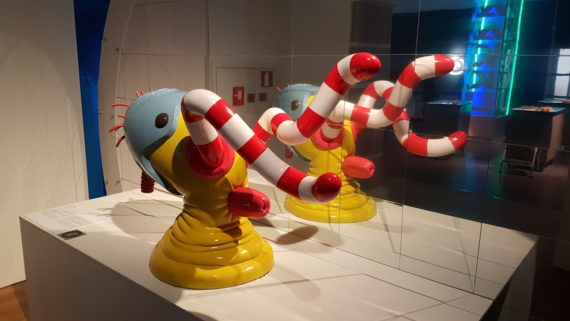 After leaving the museum I walked back into the city centre and was at once greeted by the Toripolliisi guarding the market square. Positioned around the Market Hall and wooden granaries which have been converted into shops, three policemen statues stand to attention, ever vigilant, and have become a staple for tourists to visit and greet when arriving into the city of Oulu. The Toripolliisi sculptures refer to three policemen who used to guard the market square in the mid 20th century. Inside the market hall are dozens of souvenirs bearing the Toripolliisi’s image, and it was there where I stopped for at the locally recommended ‘Pannukakkutalo’, or Pancake House, although I did not try the Reindeer pancakes as suggested. Early that evening I headed onto the Oulu train station to travel 3 hours north to Rovaniemi, where I would stay for the next couple of nights. 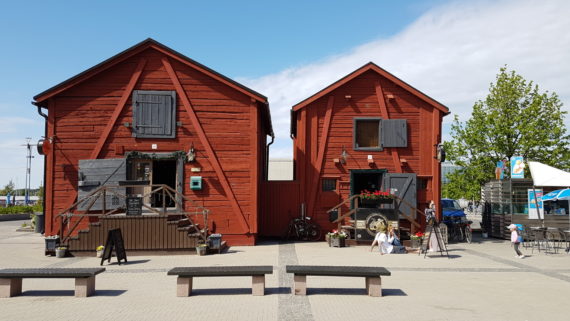 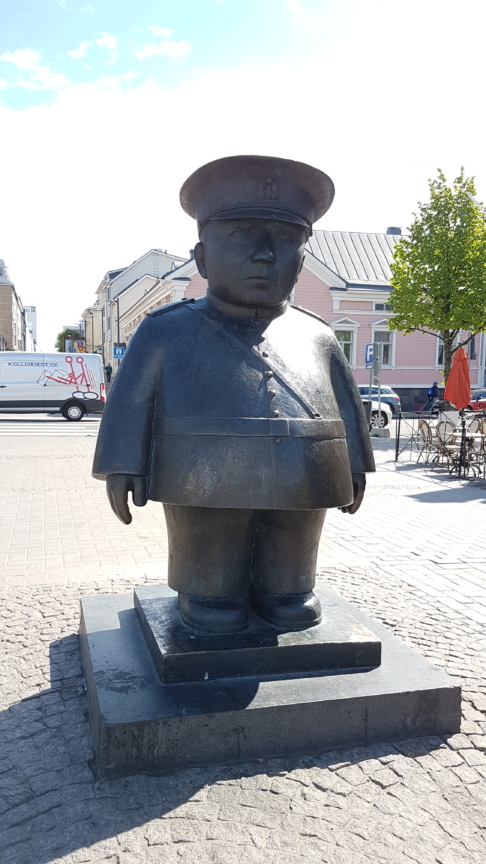