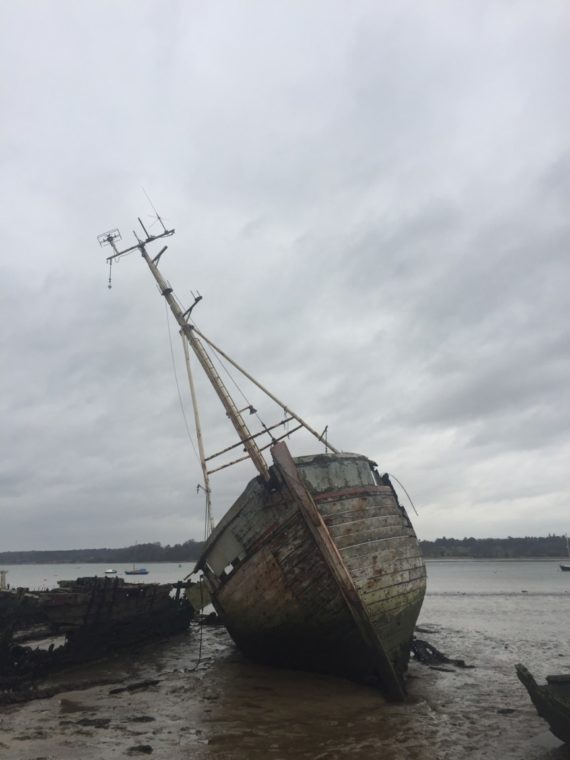 In an earlier post (post 5) I briefly talked about wanting to create the feeling of awe that we feel when we look upon nature’s beauty. Personally for me the natural world blows me away, from caves and senotes to forests, animals, valleys and trees. The beauty we find in the natural world seems to fill us, or me with a sense of pure wonder and delight.

one of the things that inspires me is the scale at which nature works on, but also the detail.

Imagine you’re flying over a forest and as a whole, the expanse of green is overwhelming in its self. Then imagine continuously zooming in, at what point does nature let you down??. For me it never does, you get to trees which are habitats in their own right, then to the inhabitants, right down to the macro level and beyond. With the help of science we can now go even further and can now look on the atomic scale and even create giant hydrogen colliders to unpack and understand nature even further. Nature is so complex on all levels that I cannot help but feel a sense of awe, it is this feeling which i would like to emulate.

There are many ways of doing this and I am currently experimenting with what works and what doesn’t.

I am in the process of making stalagmites which will hopefully appear to be pushing out of the earth, one of the ways i want to make them feel elemental is by making them out of Crank which is a type of clay and then firing them using the process of Raku.

Raku is very basic but gives a great earthy and elemental feel.

In the above pictures the Bin is the Raku kiln and the beads in the other picture display the amazing effects that can be achieved by using this type of glazing.

As displayed above Raku Glazing can give a very stoney and oily effect, almost like looking at oil in a puddle, different colours shine through as you look across the glaze.

Another way i want to try to achieve this effect is by using light, not a lot of light but i would like to have little tin pricks of lights shining out of some of the stalagmites, as if there is something deeper, something unknown hidden beneath the earth they are displayed on. To do this i have made some of the stalagmites hollow so that they can contain LED lights which will hopefully in the right light help me to achieve the effect I am looking for.

One artist who never ceases to amaze is Cornelia Parker, I first saw Cornelia’s work when she used the British army to blow up a shed and then recreated the explosion in a gallery setting. It had everything, intricacy, scale, and an element of the unknown as the light in the centre of the installation throws shadows across the walls of the gallery making this work completely immersive. 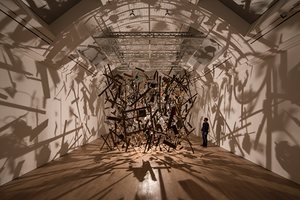 In the book “Cornelia Parker-the Institute of Contemporary Art Boston” her work is described.

“For the second phase of Cold Dark Matter:An Exploded View, Parker collaborated with the British armed forces. She transferred the shed to the base for the army’s school of ammunition and, with the unlikely permission of the fighting force, had a controlled explosion performed. The destroyed pieces, now mangled, burnt and utterly transformed, were carefully gathered together and brought back to the gallery, where Parker suspended the fragments on thin wires around the single bare lightbulb that had once hung inside the original structure. The suspended particles appeared like a constellation of planets and stars. It was as though she were recreating in three dimensions the type of diagrams she had admired in in children’s encyclopaedias, fashioning a bizarre solar system of metal scraps and twisted objects.

After the bang of the explosion- a big bang of sorts –these household objects became a universe unto themselves.”