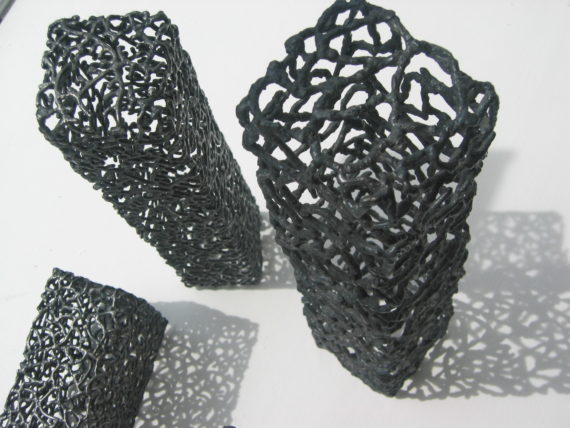 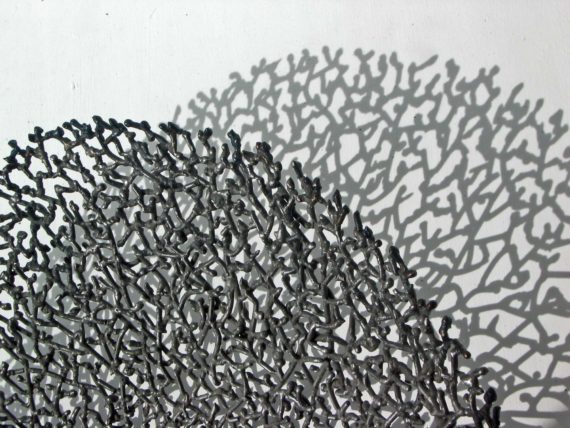 The final leg of my journey took me on a visit to The Mad Museum in Stratford upon Avon.

The Mad Museum has been open since 2012 and has over 80 exhibits on display at any one time, from small delights to large wall installations. Everywhere you turn there are movements, sounds, lights produced through a wide variety of mechanical inventiveness.

Automata collections are so interesting because they bring together such a wide range of makers. Those who come principally from the artistic route and use simple mechanics to enhance a sculptural piece, or those who come more from the mechanical side, and build aesthetics through intricate movement. And of course a whole range in-between.

Mad Museum is the largest display of permanent automata and kinetic sculpture in the UK and highly recommended for their clear displays and range of pieces on display. From a machine that perpetually writes then erases in the sand with hypnotic regularity, to one that claps back at you when you clap

They cater really well for education and children who can wow at the effects as they push a button. But it is also equally interesting for adults who have an interest in automata arts, and you can easily spend a few hours or a day there looking at the mechanisms and all the different movements produced. It gave me a lot of food for thought and confirmed my thoughts on where I want to take my sculptural work in the future, in that beautiful effects can be created from simple mechanics to enhance a piece. I definitely come from the artistic rather than engineering side of the spectrum, but moving on I can see a way forward to make my own sculptural pieces, but with automata enhancement.

The second leg of my bursary trip meant moving on to Hampshire and the workshop of Roger Russell. Roger has come at sculpture- making via a long career in prototype military avionics electrical/mechanical engineer. But even at work, he was (he wouldn’t mind me saying) the eccentric one in the corner with a desk full of models he’d been making when they weren’t busy, and the one everyone came to when nobody else could figure out how to make something.

After being made redundant when systemisation of the processes took over, he turned full time to sculpture making and spreading the in-depth knowledge he has built up over 30 years. He is a true teacher in that he really wants to pass on knowledge and get students able to make on their own. I spent 3 days with Roger learning and exchanging information (Roger is really interested in developing Community Arts networks and practises, and I was able to share some of my knowledge of that area with him)

It has been a long time since I’ve spent so long learning in one go. Many years ago I was lucky to be part of a group of women in Edinburgh funded in a 2 year Women into Non-Traditional Skills artistic metalwork course. We then went on to found the women’s welding collective ArcAngels where we exhibited and supported each other for 10 years.

The unlucky part was that this was the early 90s and we were among the first, (certainly the first group) of women to enter the engineering department where the course took place. Some of the men in the department embraced the change, but others made it very clear we were an intrusion, and we were often not given tools from the store, even if we could see and point to them if we didn’t know the exact name. Or we could have men standing over us at machines and refusing to show us how they worked…

Nowadays, of course, our reaction would be very different, but at the time we were young, and expected to just accept the behaviour-because, we were told, that’s just how they were…

So my relation to learning has been coloured by that experience, and also the quality of learning we had. For the last ten years, I have been teaching others. For 6 years in South America teaching and running recycled design skill projects to women’s groups so they could gain an income, and most recently in Community Arts in North Wales. I love getting people to be creative, also letting go of the perfectionism of professional art making and working with the process as much as the outcome. But a recent serious illness meaning I could no longer work at the heavy-duty metal I used to make, and a wish to also return to my own practice, has started me on a journey to learn lighter metal-making techniques that,  as well as an interest in making things move, landed me at the door of Roger.

With Roger supporting but also making sure, there was plenty of hands-on experience, I looked at brazing, soldering, wire stretching and doming as well as properties of different wires and means of joining them. He really is a font of knowledge and happy to work with the needs and wishes of his students. I need to explore, practise and perfect in order to be able to start making again, but feel Roger has set me on that path to be able to start building my own work once more.

As the first leg of my journey about movement, I set off from North Wales to Llanbrynmair in beautiful rural Mid Wales to meet up with Sarah Reast from Timberkits. Sarah is the daughter of the founder, Eric Williamson, who along with his wife Alison, set up the family business with a real wish to create a local creative business and provide employment.

This is what Timberkits says about Eric ‘Automata makers are a rare and misunderstood breed, isolated by their obsession with bringing inanimate materials to life and the workings of cogs, wheels and waggle sticks. The words eccentric, mad and genius often apply and who better to illustrate this than Eric Williamson. He may be seen on a regular basis around Machinations, recognisable by the beard, dusty clothes, pockets of tools and a distracted expression. Eric trained as a fine art painter in the 60s when it was OK to wear paisley fish-tail ties and live in the hills doing weird stuff.’

Eric did indeed make an appearance when Sarah took time out to give me a tour of their workshops and design room, complete with shelves of models past and present and works in progress getting their mechanisms tweaked and refined.

It is interesting to see the path that Timberkits and  Machinations (their exhibition space and public area for children)have taken, and the sometimes uneasy relationship they have had with other automata makers in the UK who have gone down the route of making one-off pieces of Automata Art. What Timberkits does so well is provide both joy in the act of making for those people who simply want to put together a cleverly designed moving kit, but also, as their photo gallery testifies, their kits provide an accessible and affordable way in for anyone interested in the world of Automata making, an often niche and rarified art form, somewhat mysterious, complex and difficult. By learning mechanisms through Timberkits it’s then possible to experiment and start creating new models.

Sarah was very honest about their lack of funding for the somewhat dusty Automata exhibition. She said don’t make a special trip to visit. But for anyone interested in Automata in the UK I would disagree. Not only is it in a lovely part of rural Wales (with a nice cafe), but in a very small and specialised field of niche making, with almost no permanent exhibitions since Cabaret Mechanical closed theirs in Covent Garden(They now run touring exhibitions) they represent both history and a very particular solution to how to make a creative business out of a complex individual art form. If you visit, see if you can catch Sarah or Eric among the gears and wood shavings for a fascinating chat about movement and mechanisms.