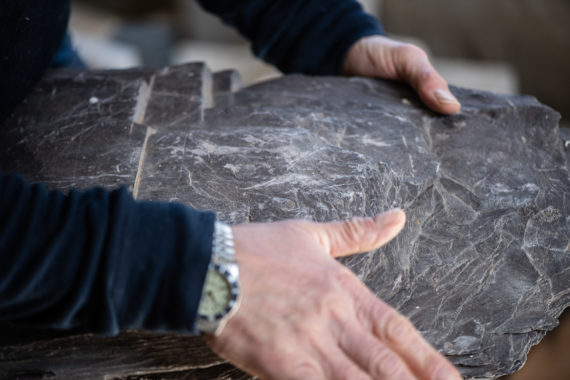 I am very excited to have been awarded a Journeyman grant from the Lettering Arts Trust (LAT) to further my development in the art of hand carving letters into stone.
I have been training under the masterful eye of Bernard Johnson at his studio, The Pig Sty in Kiddington, Oxfordshire, since my redundancy from the publishing industry. However, it was felt that whilst my carving technique is satisfactory, my design work needed to be taken to the next level. This grant will enable me to take time to develop the speed and efficacy of my design skills.
I’m also hoping to expand my design knowledge and apply for tutoring from John Neilson and other lettering experts, though these will be later in the year as no courses have been scheduled ahead of the release of lockdown.
As can be seen from the photographs, I am surrounded by inspirational examples of lettering carved into stone at the Pig Sty. It is beneficial to see these examples of lettering styles and as importantly lettering spacing. Concentrating on the classical Roman forms, I have completed an alphabet on Portland limestone.
I am happy with my carving technique though I am always open to learning more (for example, when demonstrating at Riverside festival Green Field in Charlbury (Oxfordshire’s largest free music festival) I was shown a Nepalese stone carving technique which has come in useful), but would like to develop and improve the lettering design side of the art. 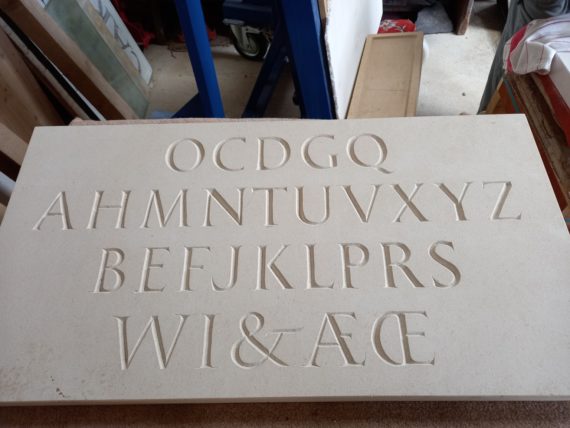 So, the alphabet in progress didn’t load at first attempt, here’s trying again! 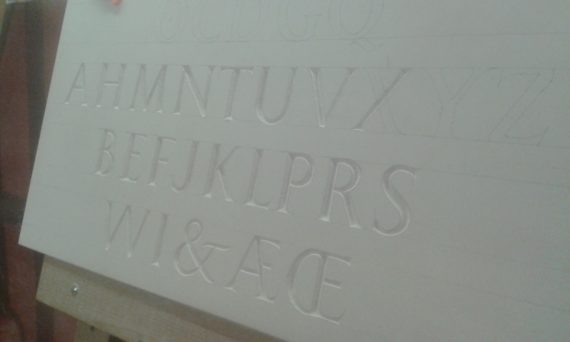