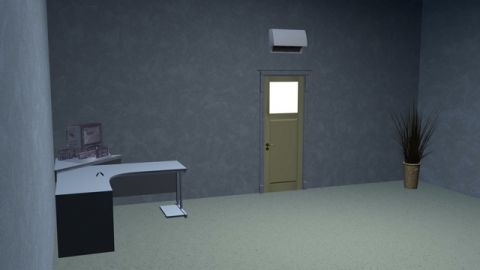 Much of Knightʼs work centres on notions of construction, exaggeration and
authenticity. This is often manifested through the presentation of an open-
ended scene, in which signs or symbols offer clues to an unresolved
narrative.

Modern Sculpture shows newly commissioned work for the context of Project
Space 11, in which assumed and recurring formats within contemporary and
modern art are examined. At first glance, these works function on an aesthetic
level: being recognizable as modern, with their pleasingly subdued palette
and slick architectural elements.

The basic shapes and motifs present in these works represent an
exaggerated level of simplification, and a nod to a rather old-fashioned form of
minimalism. This is somewhat disrupted by the presence of gestural finger
marks in works such as Sculptural Ball with Ashtray, for example, which along
with the inclusion of cigarette-butts, suggest a trace of the artist or creator.
This already somewhat clichéd notion is pushed into theatre and parody with
the cartoon, considered, and sterile rendering of these usually imperfect
remnants.

As with Knightʼs previous works, there is a suggestion of a primitive maker
and a subtly violent undertone- the crude handling of the fleshy clay ball, and
unimaginative selection and placement of the work Propped Plank. The overt
obviousness of the arrangements, along with the stage-like plinths featured in
the installation and sketches, effectively place quotation marks around the
work and highlight their pretence. The conflicting layers of meaning in the
scenes bring a level of ambiguity, and the potential for multiple narratives to
be attached.

For the duration of Modern Sculpture, Project Space 11 will be open Wednesdays – Saturdays from 10am – 4pm. 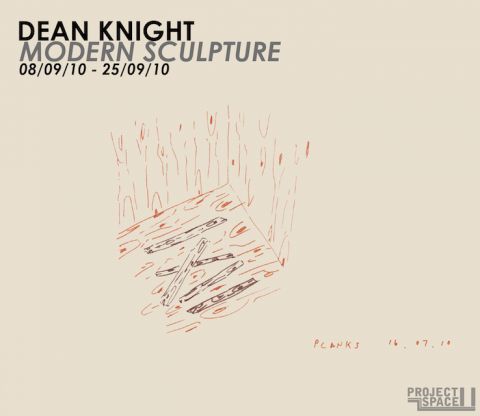