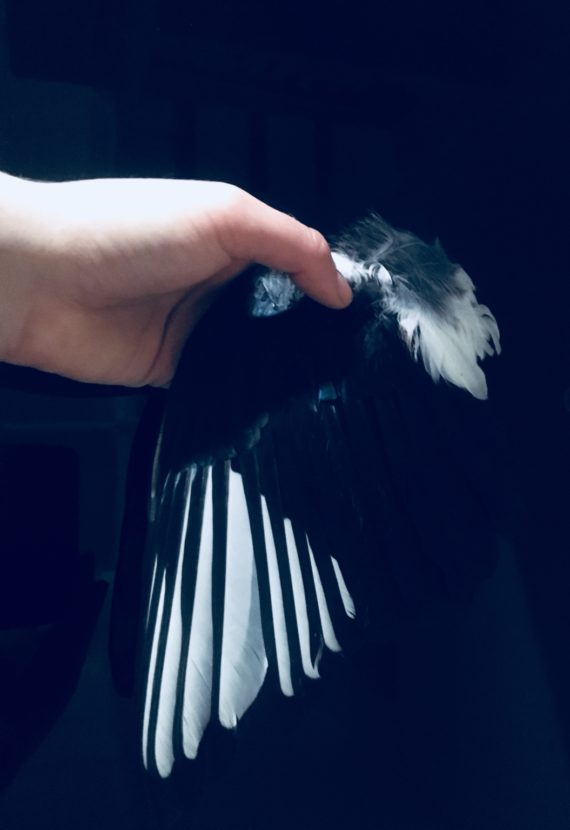 Earlier this year I received an A-N artist bursary. I used the bursary for mentoring sessions with the artist Rory Pilgrim and to run a moving image discussion day at Rame Projects (Cornwall) for artists working in Devon and Cornwall. This post is a refection on using artist led spaces as event spaces.

One of the reasons I wanted to hold the moving image discussion day was to get to know new artists, so it felt important to hold the event outside of Plymouth, which was until recently my well trodden stomping ground. I chose to hold the moving image discussion day at Rame Projects, a new artist led venue in a rural location on the boundary of Devon and Cornwall. The event was kindly supported by Beth Emily Richards, artist and founder of Rame Projects. Holding the event in a rural location was symbolic, as I wanted to encourage attendance of artists who are working in Devon and Cornwall, but outside of Plymouth. Just as it can feel in provincial cities that art funding and exhibition programming revolves around London, so too can it feel in rural areas that everything art related revolves around cities.

Something I hand’t much thought about beforehand, but which became apparent during the event, is that the majority of the event participants did not know each other and had never visited the newly founded Rame Projects. So holding the event in this space added to the feeling that this was an event where new conversations could be had and relationships could be made, rather than expanding the existing networks of an established venue.

Rame Projects is versatile as it is a studio with space. It does not have to be used for events every day of the week, but events that are held there help fund the space. This means that in using the venue I had a lot of freedom in what could happen there, as there were no other groups using it that day or particular times I had to be in or out. It is also by the sea, so a dip in the water became part of the event. It was July!

For future events I am keen to use artist led spaces, as they allow for a degree of flexibility and understanding of running artist events. Creating studios with event spaces might be one answer to the ongoing question of making artist led spaces financially sustainable.