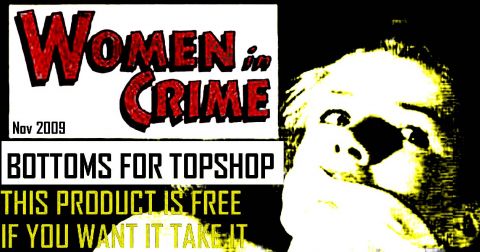 SHOPPUTTING is an ongoing work that sees Paul Conneally placing clothes, shoes and other goods in shops. It is the opposite of shoplifting. The goods are not for sale but have a label informing shoppers that if they like this article they can simply take it. The labels have messages or slogans on them (Conneally calls these poems) often coupled with images..

Into last 2 days of Bottoms for Topshop – Leicester this afternoon.

Yesterday – Nottingham Topshop – well Topshops – there are several – I did three including one in Debenhams – 4 items put in the Victoria Centre, 3 in the Broadmarsh and three in Debenhams. Not stopped once which is good. Saw one teenager stopped as she took a pair of Shopputted ‘Women in Crime’ labled tracky bottoms out of the shop – she appeared to show the security man the label and he chatted on his radio and sent her on her way – both were laughing – that’s good – hope they fit her. 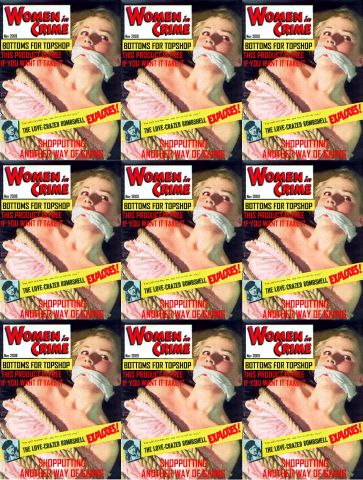 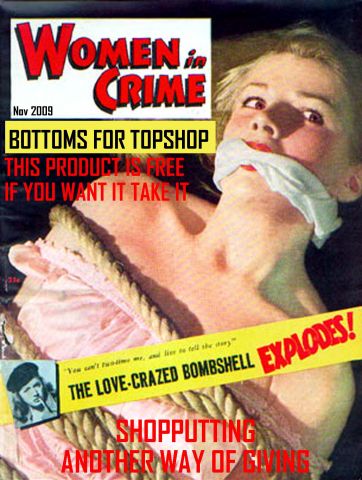 The latest iteration of SHOPPUTTING ‘Bottoms for Topshop’ involves placing clothes made for the bottom half of the body in branches of Topshop. Conneally has been stopped by security 4 times in the first two days of this piece and the police were called to attend twice. On both occaisions officers released him without charge whilst explaining to shop security that to place goods in a shop without permission is not against the law.