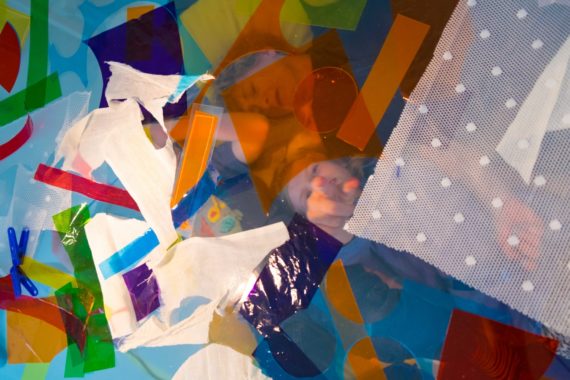 …allowing (my son) to explore the space as he wanted meant that his anxiety levels decreased. Parents reflections of Open doors 2016

…we cannot ‘know’ the space or make quick assumptions. In this way it remains a space that invites curious minds.’ Ian Whadcock, Senior Lecturer on the BA(Hons) Illustration with Animation Manchester School of Art discussing ‘Pattern installation’, Clore Art Studio 2015, Manchester Art Gallery. Designed by myself and Jessica Wild.

My understanding of the importance of the right space and the impact a space can have on a persons (child’s) engagement, meant I knew where to focus my attentions first. With a week to prepare for the six-week project, I spent time in the grounds of the gallery where ‘Space in the process’ would take place; connecting to the surrounding area and becoming aware of the daily sounds, smells and other textures of life. With so many distracting noises coming from the nearby tram stop, the passing cars and the school next door, I wondered if it would be over-stimulating and possibly stressful for some of the families. But this wasn’t the case; by creating engaging, sensory interventions and concealed mini spaces within the natural environment, the children and adults felt safe, protected and relaxed, this created deeper levels of engagement and interaction as the project progressed. As with anything process-led, it’s an experiment, and there were moments where the set-up or materials just didn’t work too well, but these times were important for the group to experience so we could develop our understanding of each other and continually build on our new found language, inviting the group to take ownership of the space and future sessions and projects.

In these environments we explored themes; connections, concealment, colour, construction and play. We engaged with constructed installations, the outside environment and the spaces around our bodies. Dens were made from fabrics, cardboard and other materials with interesting textures and sounds, sometimes these ‘dens’ were just pieces of fabric that you rolled your body into. A popular space was a small hut we built from large cardboard sheets. Suitable for one person, this space invited it’s occupier to lie on the soft velvet, lavender filled cushions and listen to the echoing sounds that reverberated off the walls from a handheld speaker which would be held to a stomach or cheek, the vibrations creating space within their own bodies. Whilst lying in this cardboard shell, children liked to bang on the walls and listen to the sounds they created, (this reminded me of a young girl who came to Open doors and would sit in a large green plastic tub, holding your arm she would knock it on the sides of the tub, the echoes and vibrations made her so happy!) This small space became a sanctuary for some children. A mother commented on the calming effect it had on her son who was, ‘always running, always watching TV, never just ‘being’.

One rainy afternoon, we took the installation inside and shone an overhead projector through clear acetate, (I’ve named this the projection hammock). Children lay underneath on fabrics and cushions and looked up; placed on the hammock were colourful acetate shapes and mesh fabrics, the light cast shadows and colours over the mesmerised children. This space could be experienced by a group of children at the same time and they didn’t seem to mind sharing it, something that can be tricky for a child with autism.

The spaces we created were experiences for the families, they were interactive and sensory and full of ideas that could be taken home and reimagined. On our final day a parent revealed they had tailored their summer holidays to the needs of their sons’ obsession with lifts (elevators). Destined for Stockholm, they’d been researching the most interesting buildings and lifts in the city; they will view the city through the eyes of their child, they will visit the places he feels most safe in and by doing so the family will get to share a unique experience together. I can’t wait to hear how it went! 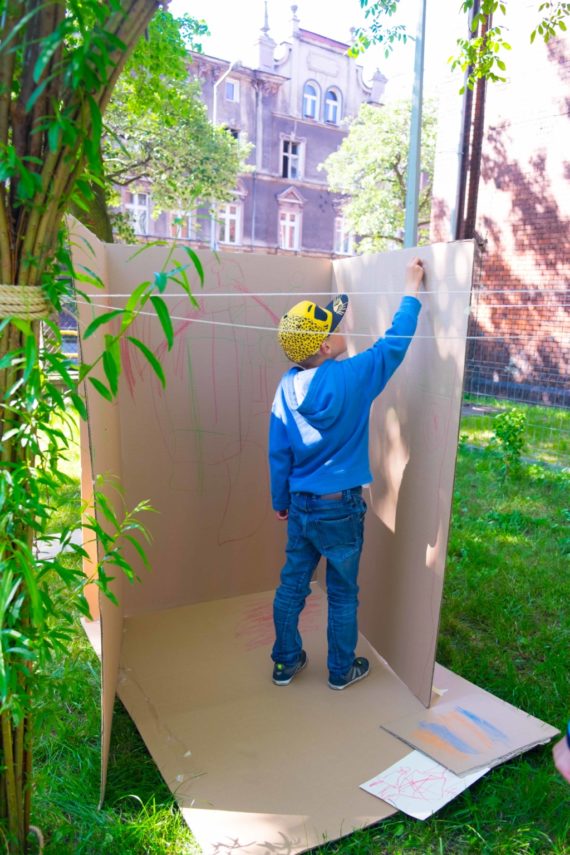 I'm an artist, currently living in Gdansk, Poland and seeking out what my next move is... I work with galleries as an educator and consultant. I like to design and make wearable sculptures. I create spaces for people. I enjoy all things sensory.