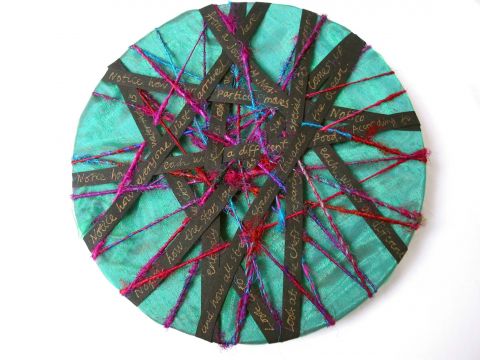 Reflections on grief and the creative process, prompted by my current solo show of sculptures ‘The Gifts of The Departed’ at Manchester Craft and Design Centre, until March 2014 and the showing of The Gifts (2010) at Zhejiang Museum in China this year. Looking back at formative personal /creative experiences and practice and forward to how these feed into what I am working towards.

The smell of saffron, dreams and howls.

We have been away in Switzerland and France, travelling on trains with Leo and Delia. It was quite a journey, inside and out. On returning home, from sunny southern France to the heavy rain of Lewes, we noticed some small lilac shoots in the front garden which we overturned this summer after pulling up a dying rosebush which was taking it over. Kate next door told me, with a spooky undertone, that they are saffron crocuses – crocuses in autumn? A small gift from mum: I pulled out the saffron stamen from one and rolled it between my fingers until they went deep yellow then took a deep sniff. They are the exact kind Mum and I saw in Mashad when we travelled to Iran in 1992- a memory of the smell of saffron, burnt crimson bunches in huge, shiny glass jars, lodged on shelves in immaculate white and mirrored stores came back to me. She grows all around me, in nature and through it..

And this extract, which must have been written during the first week after the Tsunami (as I remember having the dream mentioned) but for some reason was only written up much later. I’m aware how high my expectation of myself and my future mothering was, enhanced by the grief of losing my mother at the same time I had become one.

Delia, I dreamt about mum again (what a time..). Me, simon, fariba, farid and Reg (her boyfriend who survived) and Mum were all together in Thailand. I was out there teaching an art class. It was Mums birthday, March 19th – and we wanted to celebrate. She was spending time with Simon and I knew it would be her last night and we would find her dead the next morning. She lay down in a round rowing boat, very sleepy and I tried to keep her awake so she would talk and say goodbye. But she was already asleep. Then, the next day, we went down to the waterfront and she was in the rowboat spinning around on the water, the size of a tealite candle (she used to love those). She was kneeling with her hands clasped above her head, dead but smiling. I started howling ‘Mama, mama’ and wanted to reach the boat but couldn’t, it just kept spinning.

I woke up crying ‘Mama’ with you, Delia in my arms. You are smiling. And Leo kissing me and crying too. In the dream, mum died in her sleep.  I suppose that is the closest I may come to seeing her body. They are DNA testing 7000 bodies in Thailand at the moment. It will take 250 days. But I will keep her alive for you Delia. She had so much love and energy to give you and I will honour her by always loving and giving you all I can, taking you to Iran when the time is right, and keeping Persian culture alive in your life. When she held you in her arms just after you came into the world, Keri your godmother said that she seemed totally, utterly fulfilled – you were a dream of hers for many years, finally manifested. In a conversation with Simon, your uncle, when he commented that she must be excited at the prospect of seeing you grow up, she said soberly ‘the main thing is to see her born’.

Two years on today..Letter to my Mother

Boxing Day – the second anniversary of your death. We all met (the Iranian side of the family and Sue, one of your favourite friends of mine) at Birling Gap, where we scattered your ashes in the sea, as you requested, flown over from Thailand. It’s a gorgeous place, you chose well. Even the cafe where we sat and had tea and crisps, so completely 1960’s England, like it must have been when you lived in that area. Delia tried to make sandcastles in the freezing wind, and we cast a flower Sue gave me for you and a crown of ivy from Raphaella, into the waves.

I didn’t sense you there, it’s like you are very faraway now, you’re spread far and wide or something, not so connected to one place but everywhere and in everything, I felt your embrace in my imagination and heard your voice, and cheeky laugh of reassurance that everything will be ok.  I cooked Fesinjan (chicken in walnut and pomegranate sauce) for Khaleh Goli, Koosha, Sanaz, Fariba Leo and Delia. Never as delicious as yours, but you did have 30 years more practice. We ate and joked in our cosy kitchen and drank champagne in your honour. We didn’t talk about you much directly, but you were present. Khaleh Goli’s hair is an amazing white gold colour now, you would like it. Strange I will never get to see what you look like as an old woman, say 80 or something. Just as you wanted.

I got so many texts and messages today, felt a lot of love coming to me and us from all over the world. I was helped to see today that I don’t need to fill a space left by you, because the whole landscape has changed and there is nothing to be done about that, except be fully myself within it and embrace what comes. More and more I sense myself growing up with this. I will always be your child. I will always feel waves of sadness come and go, but I know what works is to live a life full of the qualities I most loved in you: generosity, freedom of spirit, love, creativity, passion. Sometimes it will be like that and sometimes it won’t. And thats ok. 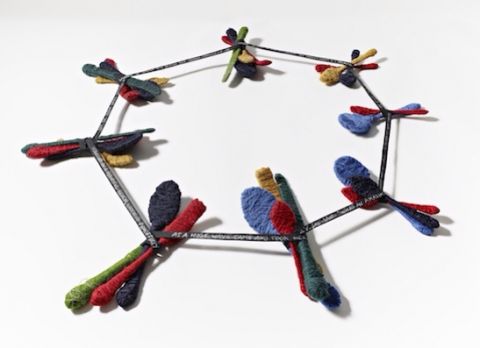 From Mother to Child … and back again.

I found this following diary entry hard to put out there (but I finally decided to do so) as I remember so acutely how it was to be sitting with my 2 year old, and feel so much more of a child than her. Very vulnerable, but somehow grasping how connected we were – are – through my mother and her absence.

It was your birthday yesterday and today is the eve of Nowruz (Persian New Year), your absolute favourite time of year. I have made a Haft Seen in the corner of the front room, using your red and gold cloth and the silver dishes with the seven ‘seen’ things – except I cheated a bit, it’s got an English bent to it which you would probably smile at. My Nanny and Aunt spent the day here, I needed that female family connection to get me through – four generations in the front room, and it felt good and safe somehow.

It’s been a triple one because Sunday, the day before your birthday, was also Mothers Day. I sat having breakfast with Delia and found myself weeping. She looked at me, your two year old grand-daughter, and asked for a hug. Then she sat stroking my face and kissing me as I explained why I was so sad and how you were in the sea now. ‘It’s ok mummy, it’s alright’ were the healing words she spoke, amazing how it lightened things up. Feels right to be honest with her, and authentic about my grief when it arises. Later on she looked at me and asked ‘Your mummy?’ as if to say, are you ok about your mummy now? Children know everything. Happy New Year Mama.

When mum died, a whole world died with her.  Last week, I visited what remains of part of her world – her friends – and I took Delia to meet some of her dearest Iranian friends at Jila’s house. Jila knew Mum since before I was born and I always liked her. I think she was one of the few who didn’t squeeze our cheeks till they were red… We sat and had gorgeous Iranian food, while Delia ran around on the grass with bluebells as her backdrop.

I let the music of a language that I only half know soothe me…and Delia to get that passionate kind of loving attention only Iranian women know how to give in that totally expressive way. I had some moments of overwhelming pain come in through the soothing feeling of being there, and could almost hear her voice among the melee of voices telling jokes, stories, gossip – all the juicy stuff Mum liked, which would have been spiced up with a good dose of political argument if she had been there.  Sometimes it’s so easy to feel her around us, and at others she feels so far gone on her journey it’s hard not to feel totally alone, like a child waiting for the sound of her mothers voice to make its way round the corner, accompanied by the smell of saffron and lilies. 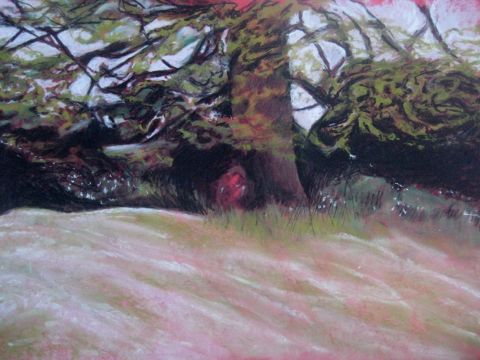 The Sound of a Wave

We spent Saturday on Camber Sands beach. It’s a childhood summer haunt of mine, but Leo and Delia’s first visit. It was sunny and blissful, being on a vast expanse of sand – in England!. Dunes behind us, sea far ahead in front. We had a windbreak and a picnic and felt like a real little family growing, my belly ripening under the sun. The sea was miles out so we took a long walk to meet it and splashed around in the cool shallow water, squinting our eyes and mashing the sand between our toes.

I got hit by pregnancy fatigue and decided to walk back, leaving Leo and Delia to paddle and run through the waves. A few minutes later, with my back turned to them, and the thunderous sound of the wind in my ears, I had a deja vue and felt panic. The sound of the wind could have been the sound of a wave and I turned to check they were still there. I think the fact that there had been an earthquake just along this coast in Folkestone the day before had some influence! I suddenly got – to a small degree – what it must have been like for Reg to have seen Mum for the last time on that beach in Phuket and then turn and never see her again. I started to shake, then reminded myself it wasn’t real, and walked away from the past back to the shore. 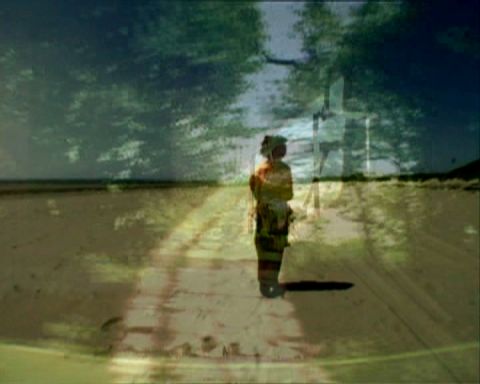