It’s not every day the door bell rings and your postman hands you an unexpected parcel through the rain. Once in a lifetime (if you’re lucky) I’m guessing, will you open the wrapping on such a find. In this case a 90 year old handwritten journal detailing a journey taken by sisters – one of whom was the extraordinary artist and anti-fascist Felicia Browne, who I got to know rather well through the Arts Council funded project Through An Artist’s Eye.

A Journal of Events – commencing January 31st 1927 is exactly that thing – and I am exactly in that place of awe and wonder. As I stroke the cover and marvel at the exquisite handwriting and animated stick drawings I’m simultaneously pinching myself. 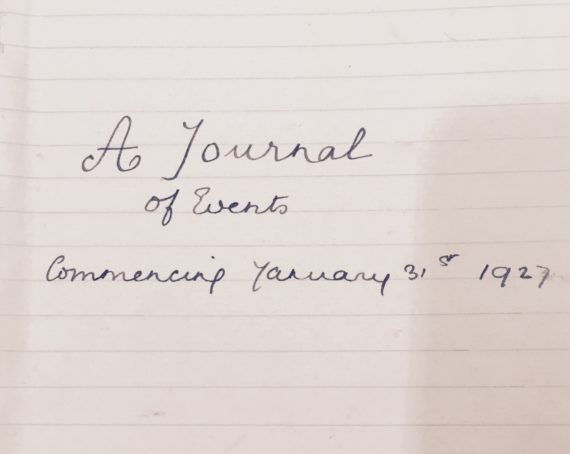 The journal traces a trip to southern France, but the tone is set in the first pages by a quite hilarious declaration “Relating to Mutual Behaviour & Deportment” solemnly signed by Felicia and Helen.  Hungry glances further ahead confirm that it’s brimming with incident and reveals that while Felicia missed out on a visit to the Lourve in 1936 (en route to Barcelona) she was there in 1927. In 1936 she’d wondered the streets of Paris in a state of savage loneliness finding even the Lourve closed to her for Bastille celebrations. Her companion Dr Edith Bone had abandoned her for other friends and she was dizzied and alienated by Paris on this occasion.  Within weeks she would be shot dead by enemy fire near a railway bridge in Tardienta (Aragon). She was the only British woman to fight in the Spanish Civil War and the first British volunteer to die in combat. Her 1927 journey could not have been more of a contrast it seems. I’m so incredibly glad for her.

I’m somewhat busy on other projects these days, but it seemed fitting to blog about this extraordinary journal as a postscript to TAAE. There’s a whole new chapter of the story and the potential for more creative responses held in these pages.

My immense gratitude to Felicia’s nephew – the ever generous Peter Marshall – for sending it to me to read and scan before I return it. I think my first job is an email to all my TAAE collaborators with the news! 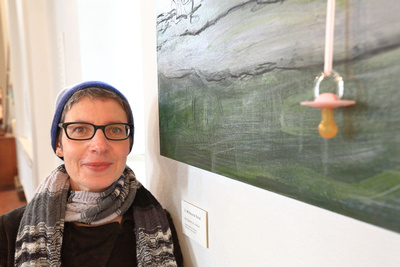 No fancy title for this blog – just what it says on the can. Naturally, I urge you to go and see Through An Artist’s Eye while it is on in Esher – just 5 minutes away from Hampton Court. It has been designed for this space, and though it will be exhibited elsewhere (and this has been part of the calculation) it is a unique configuration, made especially powerful by the proximity to Felicia Browne’s birthplace. 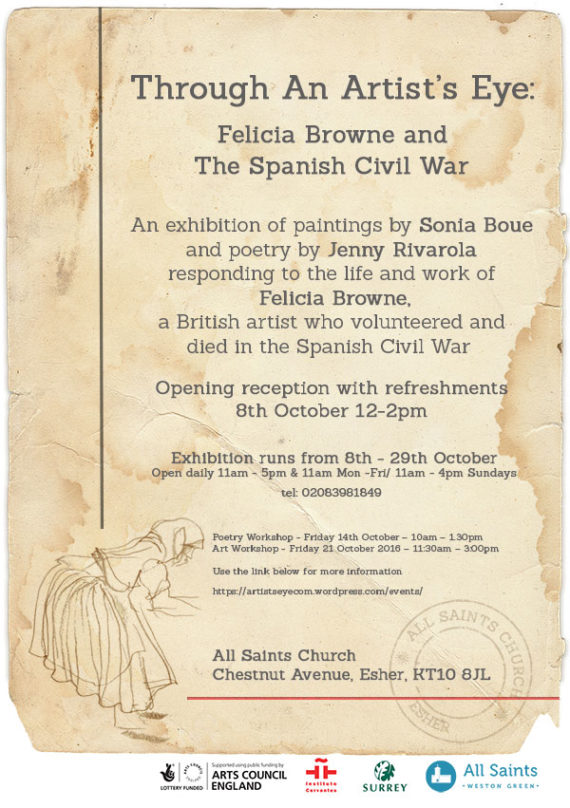 This has been such a gradual yet intense build-up to a showing of works, with each stage so carefully crafted that it has been astonishing to it’s creator (me) to be both the hand that installed the work (with Sarah Mossop) and witness to it’s final coming together.

Ours is perhaps a most curious and singular example of a profession (the artist at a certain level), in which we must take on so very many roles in order to bring a project to fruition?

Not surprising then that it takes some days (and perhaps weeks) to absorbed what has been achieved alongside a brilliant team of people whose contribution has been crucial. I was the engine but they provided the fuel – in each case the collaboration has been immensely enriching and brought me on as a professional artist. This kind of development is exactly what ACE funding is intended to bring about.

It’s incredibly gratifying then to have received such high praise from the great Adam Feinstein – biographer of Pablo Neruda, poet and journalist. I hope Arts Council England get round to reading his endorsement. Public money well spent – and our PV was very well attended too. But we’re ambitious – we’d love more people to come and see what we did.

“For anyone interested in the Spanish Civil War (which started eighty years ago), you must see the superb exhibition, ‘Through an Artist’s Eye – Felicia Browne and the Spanish Civil War’. Felicia was an enormously talented British artist who enrolled in the Spanish Republican militia to fight Franco in the summer of 1936. Tragically, she was killed on her very first mission. This show features Felicia’s wonderful sketches and letters from Spain, as well as beautiful artwork by contemporary artist Sonia Boué and memorable poems by Jenny Rivarola (both daughters of Spanish Repubican exiles). This exceptional exhibition runs daily until October 29 at All Saints Church, Chestnut Avenue, Esher, KT10 8JL.” 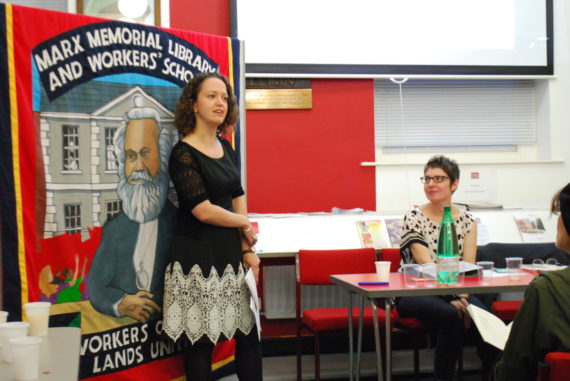 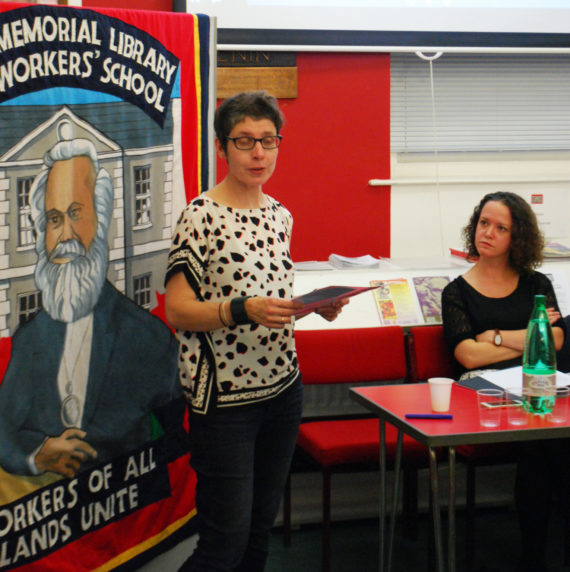 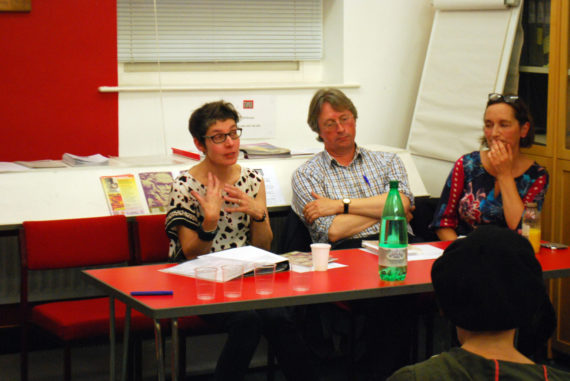 Through An Artist’s Eye project has officially launched. I probably should have called this post BLAST OFF!

Ridiculously, as I sit here writing, the start to all the episodes of Thunderbirds I ever saw with my tiny son are replaying in my brain. Air punching and shrieking featured back then but (he’s eighteen now and) me and my trusty team barely raised a high five on the night of our launch due to the sheer exhaustion of it all. We should have gone full air punch and shrieks though – it was AMAZING.

I’m calling it instead, the eye fluttering finish post, because, well, photographs. Most of pics of me on the night feature the old eye flutter. Yes – that blurry eyes shut moment where you have paused to gather yourself while in mid flow. Don’t ask me why but that is me in nearly every shot! Fortunately it’s not all about me and there are some cracking shots of my wonderful colleagues in full eyes open and quite beautifully mellifluous flow.

The Marx Memorial Library is an extraordinary building and it was good to stand next to old Marx on the night – so good was my feeling about this place and it’s archive of Spanish Civil War material that I had a new idea. What?!

For further events, including our exhibition please look HERE. 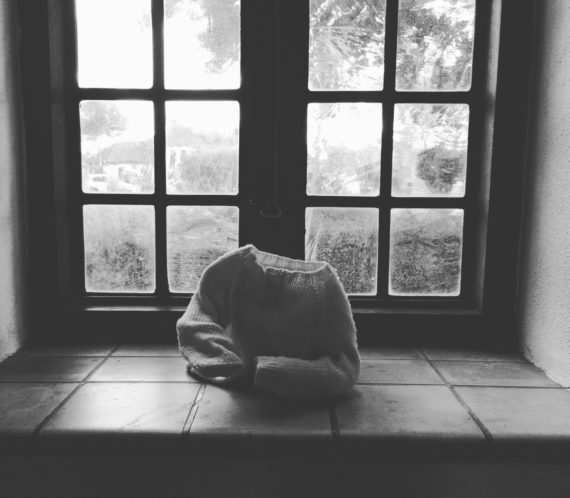 Oh my goodness, the time has come! We will launch Through An Artist’s Eye at the extraordinary Marx Memorial Library this coming Friday – 30th September. The event is fully booked and most of the final preparations have been made.

We’ll be showing our film about the project and there will be a talk by our academic partner Professor Tom Buchanan, and a poetry reading by project poet Jenny Rivarola.

I can barely believe we’re almost there – it’s nearly showtime! The exhibition is the real meat of the project – opening on the 8th October – but we’ve also created two further products, our booklet and the film. Both have been designed to stand alone and accompany the exhibition, so that material from the project has the potential to extend well beyond our three week run. What we’d most like is to tour it all, so that more people can know about the incredible Felicia Browne.

I’m incredibly proud of this work, and yesterday took a moment – out of the mad run up to the finish post – to admire the view. This feels important after all the hard grind, but I hardly have the words to put to how this feels.

Last week I was invited to write a guest blog for the Oxford Centre for Life-Writing, in which I describe the moment of inspiration for the project. It will be an extraordinary moment when I greet our guests at the Marx Memorial Library – to think that this germ of an idea has conjured them all into this iconic space.

I plan to take another of my sightseeing moments, and ask the room to raise their glasses to Felicia Browne. I think she’d probably have liked that. 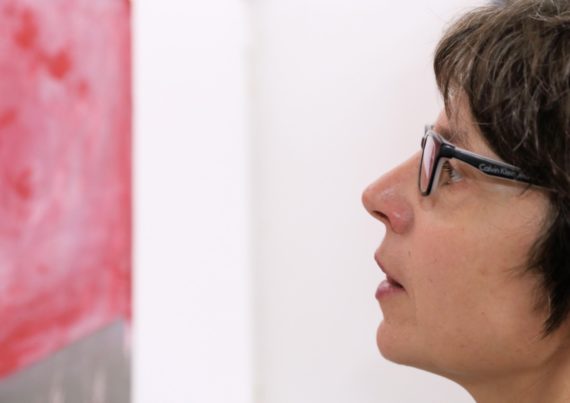 Yes, yes, yes! Through An Artist’s Eye is almost ready to launch!

The creative work is long done, our film is receiving it’s final touches and our booklet is at the printers along with all our exhibition materials.

We are now in the throes of event organising and promoting – and this means troubleshooting daily from a checklist that telescopes in and out at will. Some days it’s tick, tick, tick (not many days like this) and other days for each tick off the list ten new jobs come back at ya! Ay-yay-yay – this is most days.

Those days are demoralising and I wake in the wee hours troubled and forlorn. On tick days I’m bouncy and convinced we have it all but nailed.

I’ve been saved by how much can be done online, such as ordering in wine for different venues, and getting my tool box exhibition fighting fit. For a person with a brain that often feels hopelessly rangy and ‘disorganised’ I’ve astonished myself at how much commitment I’m giving to chasing down the detail. I’ve discovered a method I like – 1 online checklist printed out and scribbled on – then updated online printed again ad infinitum…well until the project closes.

Yesterday I got to thinking about how to tell people quick about our project events. The video on the link below is the result. There’s a longer video to come, which tells the backstory to the project. I’ll share that next time. Don’t want to flood the market too soon!