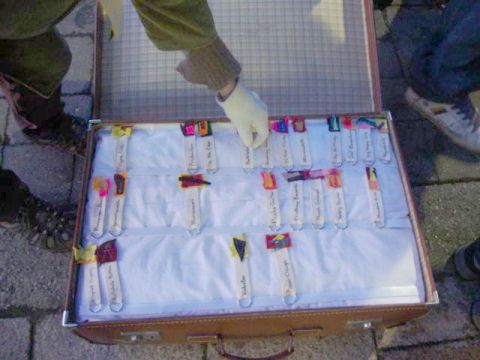 A space to think through my latest direction-taking, to see if I am getting any clearer about my practice and if its place in the grand scheme of things on the edge or whether I am barking up the wrong tree.

Now the dust has settled, I’m puzzling where the next margin is sited. What is the next stop for Flaming Skirt Festival? What is its value, what is my value?

Got somewhat overtaken by bringing the margins into my local village halls. Took the discussions with Trevor Pitt and Zoe Shearman to heart and steered the ship, no bus, accordingly. What a spectacular package evolved in a day. http://flamingskirtfestival.tumblr.com

These final two Re:view mentoring sessions have opened new avenues to investigate: branding, messages and modes. Don’t think display mode is where I am headed though.

And visiblity/raising my profile is now becoming a lot clearer. Tweeting for the Flaming Skirt Festival 2014 has built on this. Writing thoughts and responding to others has got me looking outwards and necessitated being clear what I am saying without waffle.

So thank you a-n for facilitating my Re:view with a bursary. Worth every penny and I hope I can repay. Ahah, pay? pay people? pay artists? #PayingArtists here I come. Already posted 2 loud tweets. Did you catch them on @flamingskirtfes? 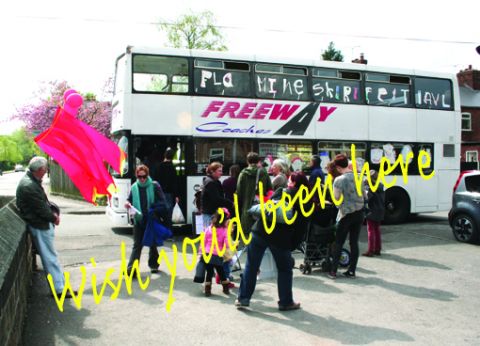 Newcastle: being in the right place. rural locations.

evidence what I am doing. the impact of my work.

make a case for artists working in the rural social context.

in the end, it’s not on the margins, it’s central to interconnecting paths

After talking to Francis McKee in November, I reckon I encountered a black hole. Not because of our discussion, far from it. But because I needed time to mull over our discussion. Good news from Stephen Hawking is that stuff can escape from black holes, so here I am again, in person and as data.

Francis suggested I needed to tweet and facebook daily, to be known for what I have to say as much as what I do. So this weekend (3 months later) I started tweeting daily about ther Flaming Skirt Festival @flamingskirtfes I have already found new people to talk to and people interested in the concept behind the Festival – what happens in village halls now and in the future.

This is against the backdrop of the arts falling off the bottom of strategic priorities in this area. Hmmmmm, we’ll see about that. And things are stirring… 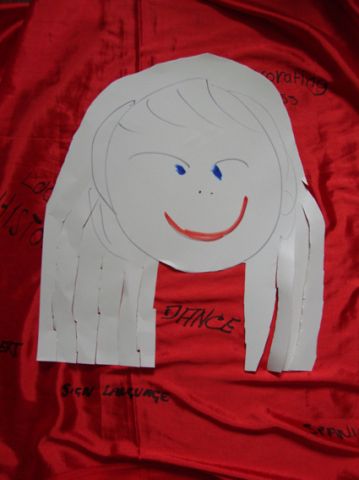 A long talk surrounded by sensory input from the smell of coffee and the buzz of nearby conversations.

The conversation with my third a-n Re:viewer Hen Norton, built on my review with Nicola Streeton and John Plowman, challenging me to consider and reconsider.

I think I know my context, who my audience are and who are engaging with my work. I believe I know how I invade the street, redefining the notion of canvas/stage. I am clear that once that is established, the process of offering an engagement with the world in new ways can become a positive act that stays with the participants.

But these public relationships are temporary. How do I capture longer lasting relationships with ‘my people’ as suggested by John and Nicola? Rather than being overawed by others’ work, perhaps I can find a mutuality of relationships between myself and other artists who inspire me.

Using social media as a toolbox to explore beyond the local, I might be able to populate my space with those mutually inspired artists and potential partners. As Hen says, crowdfunding is about building the crowd before the money. Though I achieved crowdfunding last year for the Flaming Skirt Festival, it did not expand my crowd substantially. Now to do things differently this year. 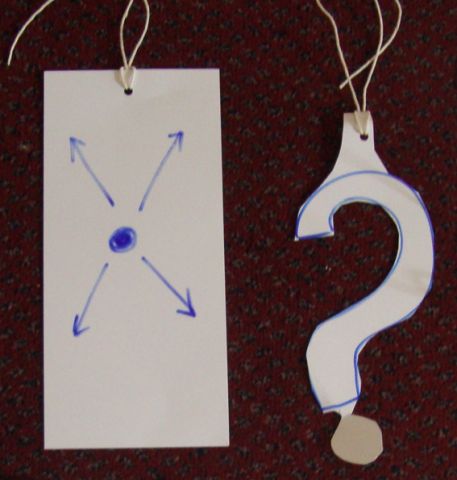