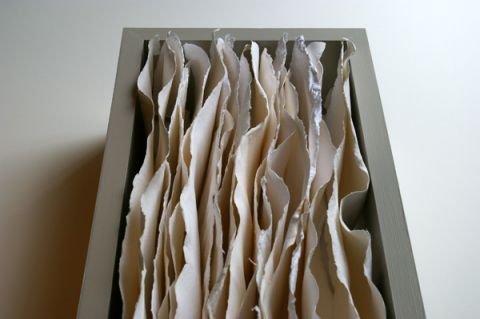 I am in that dazed state I seem to enter at the end of projects. I suppose what I really would like is a couple of days off just to look at stuff and recharge a bit. Instead of which I am trying to get my mind focused on the next steps. On Thursday I am having a meeting to discuss setting up an art space and residency programme at a beautiful building in my home town. The redundant church where my residency in 2007 was based is in the care of the Churches Conservation Trust and also the Friends of St George's Church. They were very pleased with the way that an art residency brought the building into a purposeful use and have asked me to oversee and advise them on establishing a future strategy. In fact it isn't as distant and theoretical as that sounds. One of the requirements is to set up a residency for next spring / summer as well as a series of other events. At the moment my r and d is funded in kind but I can see a large funding application looming! To see more about the building and it's potential as a project space see the website from my project there: www.papertrails.org.uk

In October my next project as an artist starts in Caterham where I'll be working with various groups centered around the Arc. I am in the process of researching this area and developing approaches to the work. There are huge amounts of writing and photographs etc to look through so it will be interesting. 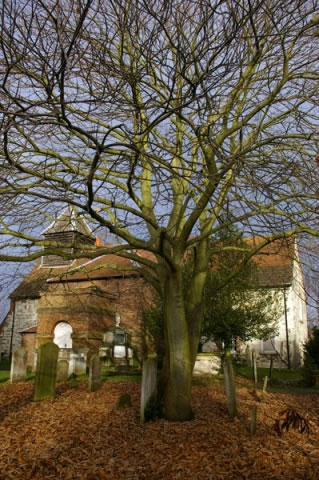 I have a couple of workshop days connected with the project still to do. One of them on Saturday in fact so I'll have to spend a while preparing materials later in the week. Until then I am working on research for the next couple of things coming up.

It has been a bit of a week. I have been moving into a new studio (by coincidence back at St George's in Esher where my 'Papertrails' residency last year was based), emptying a store where lots of my work and loads of our personal possessions were kept and also installing my work from this year's project at the Lightbox in Woking. I have also been delivering (and helping hang) work for an exhibition at the Guildford House Gallery. Its all been rather hectic!

The exhibitions are the culmination of a project which has involved artists who use found materials or reuse discarded ones. (This project has been the main subject of this blog.) The exhibition at Guildford House Gallery is an overview of different approaches to materiality as shown in the work of a range of artists and designers whereas the Lightbox has selected five artists to make installations of work throughout the building and courtyard between now and May 2009. My slot at the Lightbox was the first and the reason that I have been a little uncommunicative in the blogging world. My Lightbox installation: 'Translations' has grown out of a residency at the gallery where I have been working teaching paper-making, bookbinding, printmaking and other good things to a group of 8 to twelve year-olds. Some of the work shown has been made collaboratively and the rest including a fairly large wall based piece is my own reaction to the particular place and theme of materiality and transformation. I have a sense of anti- climax now that it is got to this point, partly because there isn't a specific event launching that particular bit of the work but also a huge sense of relief. The work looks good there; it could do with a bit of lighting, but they are working on that!

For more information about everyone else's work see the websites below. Over the next few months Lucy Fergus, Nick Sayers, Tim Gentry and Paul Matosic will be making their installations at the Lightbox too and some of them and Cas Holmes will be working or will have worked with other groups at schools and colleges.

Being chosen as 'Blogger's Choice' by Stuart Mayes has made me feel rather fraudulent. Firstly because I haven't posted to the blog for ages and secondly because of his lovely comment about my 'up-beat analysis'. It may be up-beat and even analytical in the blog but I am a major practitioner of the 'midnight worries' as a way of avoiding analysis and just heading straight to panic! However, onward!

I am in the middle of a real working-slog patch at the moment and will resume posting after I have got past this particular bit. I would urge everyone to go and look at Stuart's blog. It all seems very positive at the moment.

Busy working. I'm not going to write much but I want to post some images of what I am doing at the moment. Ideally I would like to have a bit of time to step back from things but I'm not going to have the chance to do that. Most of the things I am doing right now have that feeling of being an endless or impossible task, like emptying the sea with a teaspoon or spinning gold from straw. Some of this work is for the exhibitions coming up in Guildford and Woking in September.