“So, I’m here to talk about the penis: which, spoilers, doesn’t exist.”

A little denim demon waves at me from a dark void behind the open zipper on a pair of blue jeans.

This year, BA Fine Art student Tom Cobbett has been exploring the event horizon of gendered meaning and identity, of all that’s material and immaterial behind this nickel-toothed doorway.

Without the usual studio visit I’ve had to rely on a series of texts and short videos to get to know Tom’s work (much as their colleagues and tutors have had to). But it’s the perfect introduction. I’m made to feel pretty welcome by my little stonewashed host.

Tell me a little about your work leading up to degree show.

I’ve been refining some of the stuff that I’ve been working on in terms of broader ideas around gender and sex, focusing quite specifically this year on the idea of the penis; drawing on historical and contemporary queer theory to analyse it, put it into different contexts. And then my practical work’s been a bit of a jump from that, making physical props and performance work, video work, playing with denim and the metal zipper as kind of an analogy for the absent penis. The denim character is this entity residing in the liminal space behind the zipper – I’m using it as a vessel to explore this unseen space. 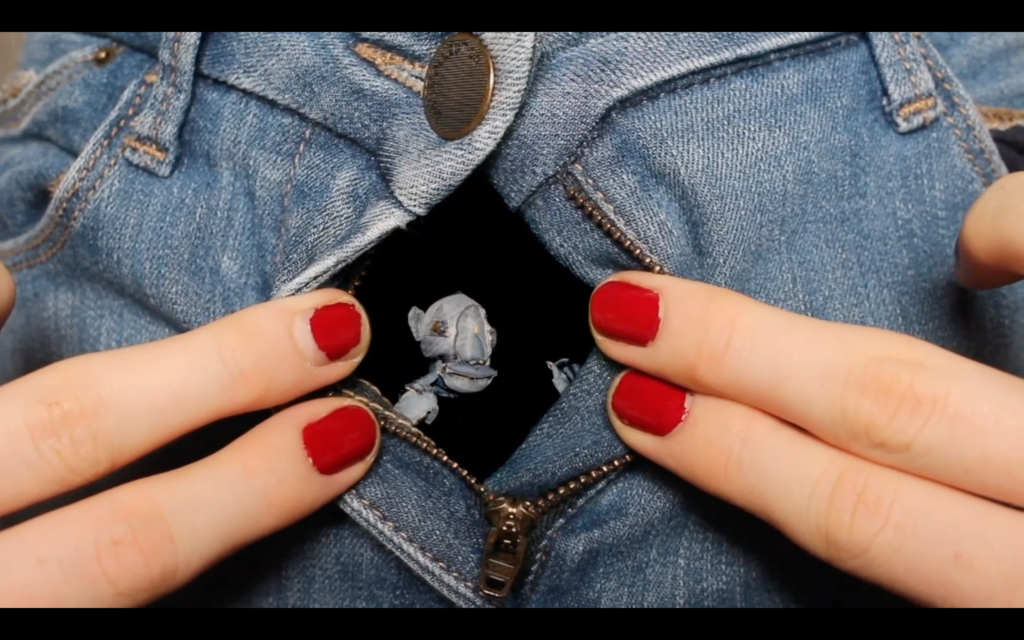 Do you think of the little denim entity as a concrete character, does it have a name?

The character at the moment isn’t concrete at all. I’m trying to leave things open, both for myself and the audience. It’s not necessary that it’s one thing. There’ve been different interpretations as to what the creature is, who they are, their gender. But I don’t want to limit myself. It’s better that the character is this potential thing.

Denim and the penis (phantom or otherwise), they fit like a glove in a way. When did that collision of fabric and body part happen for you?

It was sort of a spontaneous thing. We live in such a phallocentric society, so my interest was to de-centre the penis, and draw on queer theory to deconstruct it, rather than highlight it further as something of importance. I had a discussion with my tutor at the very beginning of the year about the absent penis and theories of the phallus. It reminded me of a work by Charlie Sofo, Undone (2019) – a simple video of a zipper being undone and some music which changes with each notch of the zip – and I just loved that. I used that as a springboard. Gender – it’s a bit of a big subject! So this year I wanted to really focus in on something, and that’s where the denim came in. I found it really helpful to have a kind of core material to work with, and no matter how far I stray it’s still got that tenuous link of that penis behind the zipper. 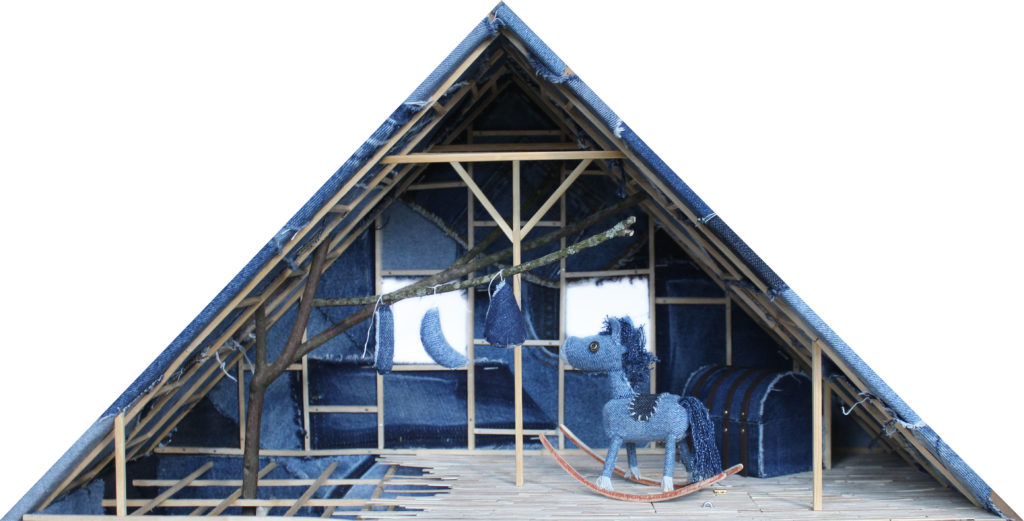 Denim is a kind of neutral material in a way but also incredibly loaded. What’s your relationship with it?

Well, I’ve always been really drawn to working with textiles. But I don’t want to use materials unless there’s some sort of poignant reason for it. I went to study fashion before I studied art, which was a colossal failure. But it made sense at the time because I’ve always been really interested in the relationship between fabric and the body, the body and performance. This course has allowed me to explore that. With a lot of queer theory, because it’s theory rather than something tangible to work with, it can be difficult making stuff physical. And I got critiqued in my first year for making things too literal, illustrating something rather than exploring it. So I’ve been really interested in using fabric as a medium, using it to create this costume and this character as a vehicle to explore the concept.

It’s an obvious question but what’s your final year been like with all that’s been going on?

I think I’ve been quite comfortable adapting. I’ve been working on miniature stuff a lot more, which is just a lot more practical to work on without a studio. And I’ve been able to MacGyver the digital stuff as much as possible, green-screening with coats and things like that.

And the institution itself, did it adapt well to the challenges of remote learning?

Obviously it’s just hard to adapt such a physical course, there’re limitations to what they can do, because so much of what we’re paying for is stuff like studio time, access to technicians…but once they worked out a system I think it worked fine. We had a lot of online tutorials, more tutorials than we would normally, and access to technicians has actually been really great. I’ve developed some great relationships with some of my tutors, I can email them for general advice on working concepts and stuff, and I hope some of those relationships can carry on. It’s become a lot less of an ‘institution’ for me and more relationships with individual artists who are genuinely interested in my work. 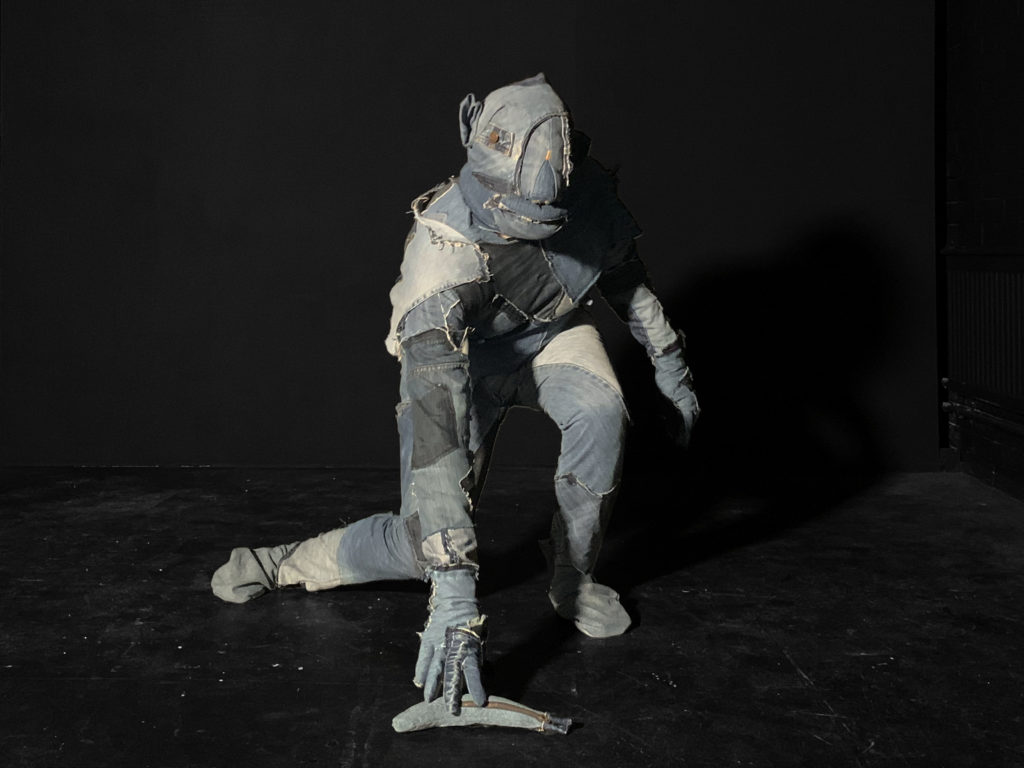 Saying that, institutional critique in the broadest sense seems to be a big part of your work. I really like this phrase ‘joyful inquisition’ you use in your statement – is it important to you that critique comes from a place of joy and humour?

I’m glad the humour comes across. I can be intense, and it tends to get a bit dogmatic when I have discussions with people about things which I’m really passionate about. So through my work I try really hard to add an element of humour and an element of play. A lot of what I draw from is also this kind of childhood, developmental stage. You learn so much in those formative years through play and responding to your environment. I want to reflect that in my work because I think it creates a much more even conversation.

There’s a degree show of some form coming up… Is there something specific you’re steering towards?

It’s a little bit unclear because we don’t actually know what the regulations are going to be. But they are bringing the students in to help with the organisation of it. I’m part of the committee organising the degree showcase – we should be able to set up our work physically as if it were a proper exhibition, which’ll be assessed by the tutors, but we’re also working really hard to create a website which adapts our work for online display in the best way possible.

As much as we’re in a less than ideal situation, do you think it’s been a welcome curveball of sorts?

There’s positives to take from everything. I’ve gotten a lot better and more comfortable with my digital work, which I can do at home and in a smaller space. I’ve learned to use power tools! I’ve really enjoyed creating on a different scale and it’s opened up ideas that I kind of just didn’t consider before. So there are positives to the experience. But obviously quite a lot of negatives as well.

Are you determined to enjoy it anyway?

Definitely! I’m having loads of fun. I don’t know if it’s part of the lockdown but I feel like I’ve put a lot less pressure on myself with the physical work this year. It’s kind of given me a bit of space to play with my practice and let loose. Over the last years it’s become less about answering questions and more about just exploring the idea, asking the question. I really enjoy ideas of queer utopia, because the whole point is to not have an end goal in sight but to ever have this horizon of possibility. 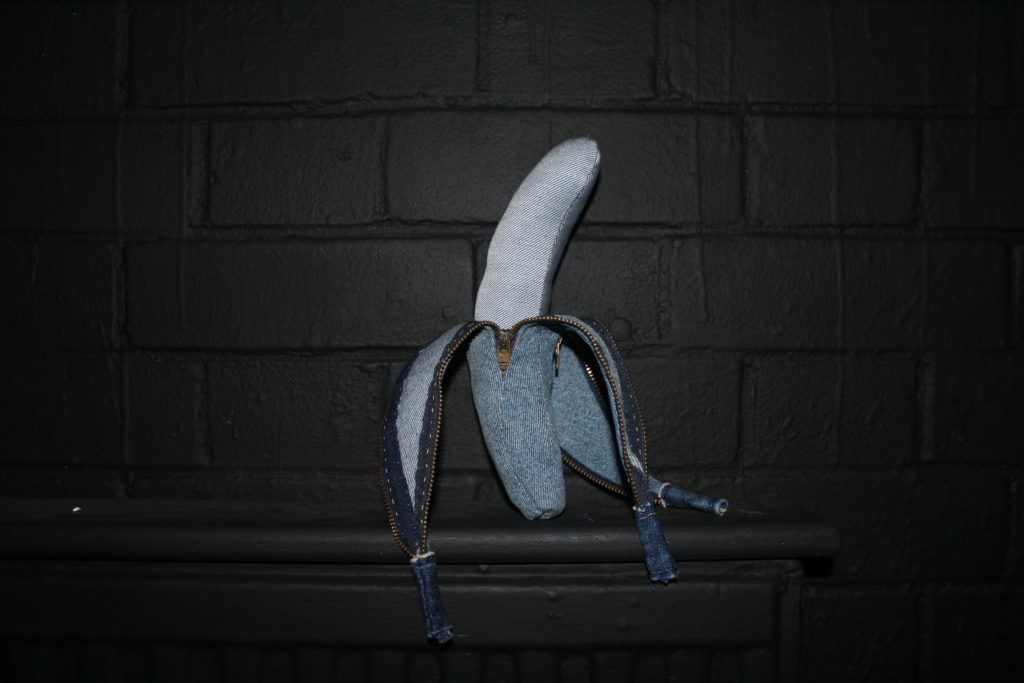