In this profile, Ellen Wilkinson speaks to Izzy Kroese of Manchester-based Shy Bairns.

Shy Bairns is the collaborative practice of artists, designers and curators Izzy Kroese, Erin Blamire, Eleanor Haswell and George Gibson. Since 2016 they have been working together to make books and zines, run workshops and put on exhibitions.

The four members met on their Foundation course at Sunderland University. They made their first zine together because, says Kroese, “we were too shy to ask to hang out without an excuse”. Shy Bairns continues to be grounded in friendship: “We like each other a lot, and a big benefit of collaboration is having a good time with people you like.” 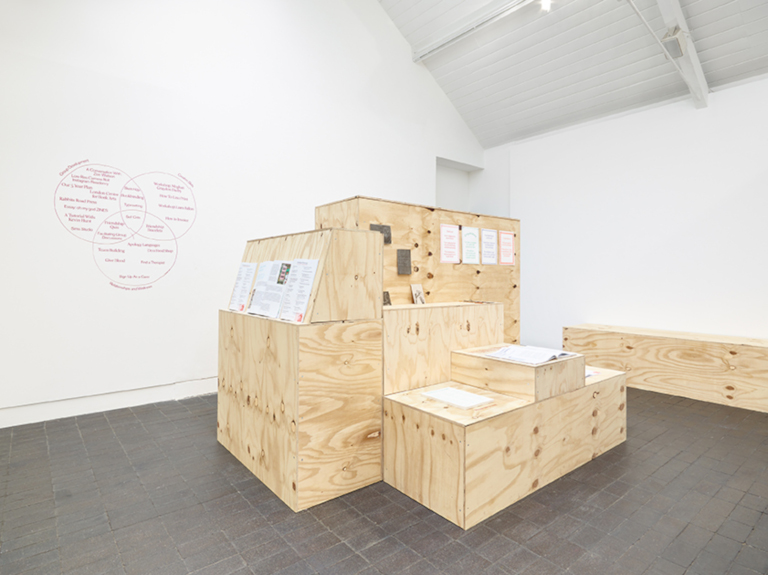 While still students the group created zines as a platform for artists in North East England. In 2018 they were selected for New Contemporaries. As part of its exhibitions in Liverpool and London, Shy Bairns presented a zine about accessibility in the art world and ran zine-making workshops in response to the shows.

Shy Bairns’ current work addresses fandom and how fan art relates to contemporary art. “The focus of our work is always changing based on what we’re interested in,” says Kroese. “We probably got interested in fandom because George started binging Lost.”

The collective is also working towards opening a gallery in Manchester, which will focus on the intersections of book making and contemporary art. In preparation they are developing the curatorial aspects of their practice and are participating in the four-year GUILD programme at Leeds’ East Street Arts, in partnership with a-n, which is supporting 20 artist-led initiatives across the UK.

This programme has prompted Shy Bairns to work in some unexpected ways. “We’re working on an actual business plan,” says Kroese. “It’s not an activity you might associate with an arts collective, but being part of a team, with a range of skills, really lends itself to being ambitious with your aims and gives you confidence to put yourself out there.” 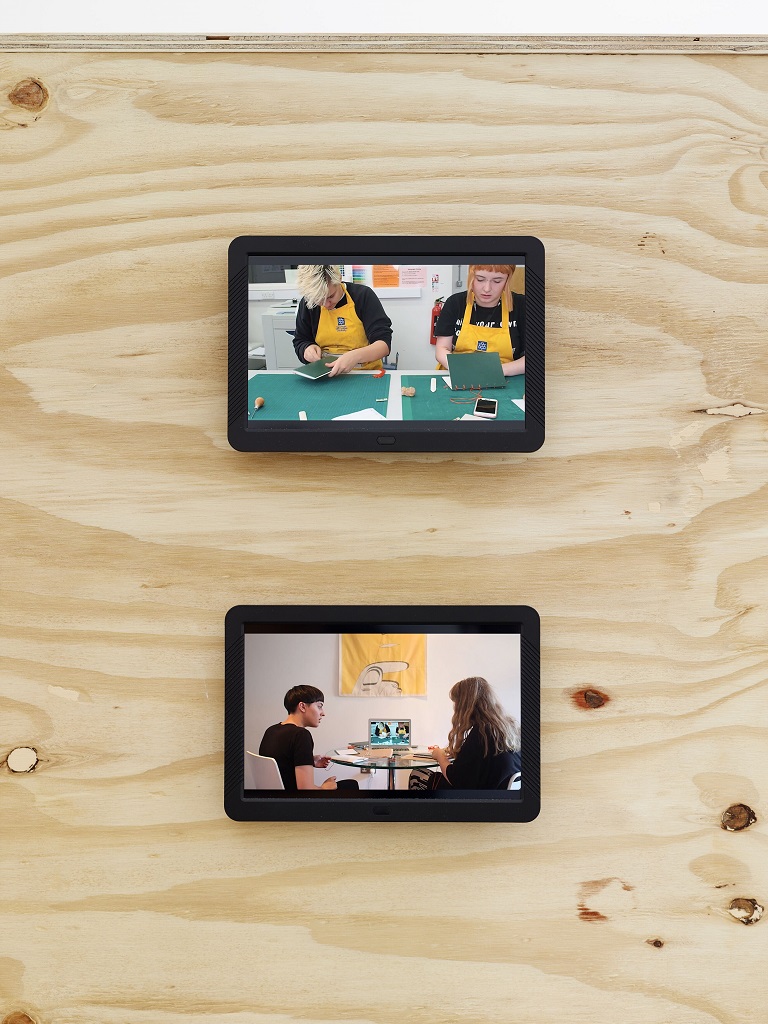 Making a collaboration last requires an investment in these relationships: “Stay honest with each other,” advises Kroese, who also notes that worrying about how long it will last is really a waste of energy. “When we started out, people kept asking us if it would last. Who cares! Do what you want for as long as you want to. Keep it exciting. If it’s not exciting you, change what you’re doing.”

Collaboration is at the heart of Shy Bairns’ practice, extending beyond its four members. Upcoming projects include curating an exhibition at Manchester’s Bankley Gallery in collaboration with curator Will Marshall as part of a year-long project called ‘Intersections’. In June – lockdown permitting – Shy Bairns takes part in a curatorial residency at PINK Gallery, which will involve an exhibition and making a temporary print space in the gallery.

Shy Bairns’ future space in Manchester is planned in the same collective spirit. Kroese explains: “When we started out our work was often overlooked, considered too close to being an exhibition handout to have much worth. We want to help contemporary bookmakers to thrive and for our future space to be as active and collaborative as possible.”

Jane and Louise Wilson: “Having space to nurture a practice is really important”

Next steps: The Centre for International Women Artists (CIWA)

In this profile, Ellen Wilkinson speaks to artist, designer and writer Mei Yuk Wong of  Manchester-based supportive network The Centre for