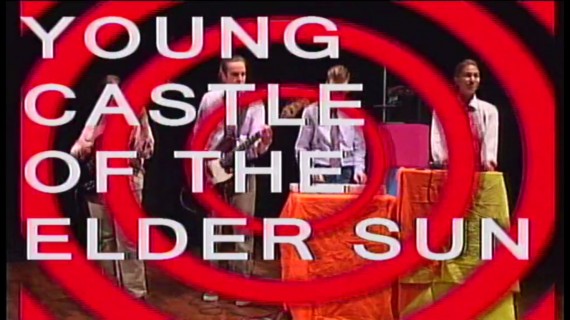 Young Castle of the Elder Sun is a video document of a performance by AAS. It is shown here unedited in its original broadcast format.

The performance was commissioned by Flux Factory, New York , as the closing event of Strobe Network. It was performed and broadcast live from Gallery North, Newcastle.

The performance borrows from television show formats, occult technology and the work and life of William Burroughs.

AAS functions as band, reporter, object, inquisitor, producer, camera operator, technician, educator, performer and saboteur simultaneously, in a performance which follows a predetermined system which grinds the content toward entropy.

“For those only just tuning in…”