Alter Us is proud to invite you to the Alter Us Film Festival, the second instalment in our programme of art events at Clerkenworks. The Alter Us Film Festival brings together a selection of film-based artworks created during the lockdown as well as a collaborative ‘film of films’, representing fragments of our experiences in quarantine and resulting enquiries into our new socially distanced realities.

Tere Chad and Christopher Pearson, the curators, say: “This event brings together several films by the artist-members of Alter Us Collective, exploring topics such as our anthropocentric relationship with nature, the limits of the human body’s physical capacity for movement, the various ways in which our links with domestic space and our hometowns are being redefined, and other issues surrounding isolation and connectivity in lockdown.”

STATEMENTS BY THE ARTISTS:

Paula Turmina and Teresa Paiva: The Mountain animation unfolds from a written meditation script whereby the artists engage with mindfulness, breath and movement through sound and image. The Mountain becomes a metaphor for the obstacles that we are presented with throughout our lives on Earth, which can be potentially overcome by grounding ourselves in the present, here and now.

Tere Chad: her latest short film The Spectacle of the Shadows, is a shadow marionette political parody about the current pandemic. She hand-crafted the marionettes during lockdown using recycled carboards. It is a post-utopian scenario where humanity has been extinguished and emblematic world leaders face the judgement of ‘God’. She mixes real audio footage with music composed by Paul Hindle.

Ania Assadi-Sabet: Life is beautiful short film presents a girl swamped by negativity decides to end her life. On her way to do so her positive self follows and tries to change her mind. But who wins in this internal fight of duality? Or is it just a dream?

M. Lohrum: displays a selection of videos documentation of several performances made both in public and private spaces. In them, she explores sound, the tracing of movement, mark-making, site-specificity and counter-hegemonic behaviours while her body interacts with different contexts.

Mandeep Dillon: on her film Last Sounds, sampled sounds from endangered whales create a sense of pathos as they interplay with a speech from pastor John Piper who evangelises about human dominion over nature. Dillon also presents Animal Magic in which footage from a chicken processing plant is edited to the soundtrack of the 1970s children’s TV series, Animal Magic. Both films reflect on the consequences of anthropocentrism.

Alter Us is a London-based multi-disciplinary collective of international artists interested in exploring the complex issues surrounding the environment. Our film festival at Clerkenworks features several short films and a collaborative work which comprises film and photography contributions from many of the artist-members of Alter Us, as well as music composed by Paul Hindle, to produce an event which fundamentally investigates the current situation of the pandemic.

ALTER US MEMBERS TAKING PART IN THE ALTER US FILM FESTIVAL:

To attend the Alter Us Film Festival, please purchase a  £5 (+ booking fee) ticket via the following link (drink included): bit.ly/33YqvOB

Attendees must be in groups of no more than five and must be from the same household.

For more information on this exhibition and future events, please follow Alter Us on Instagram at @Alter.Us or Email us to: [email protected] 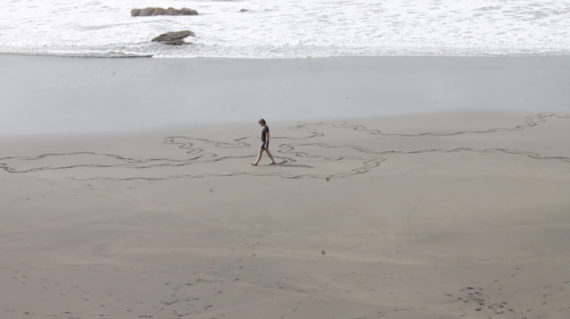 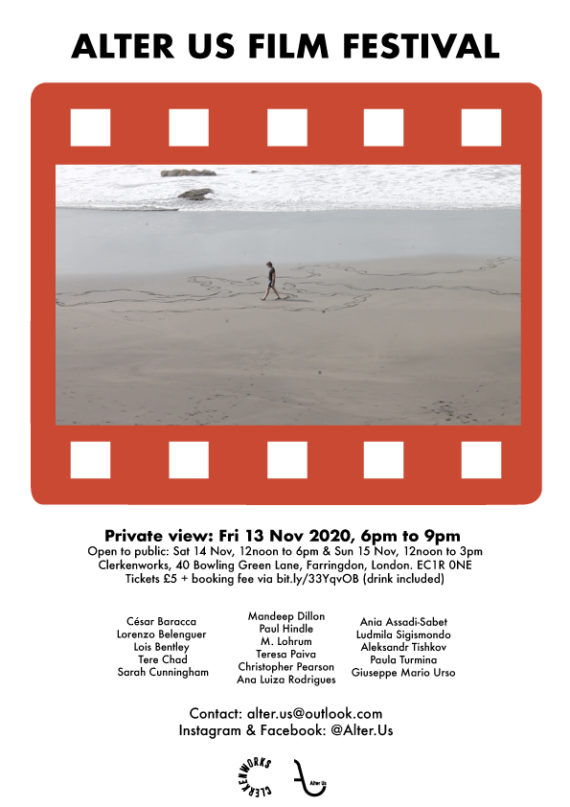