As Seen By Me: Roland Lawar & Anthony Laurencin - a-n The Artists Information Company 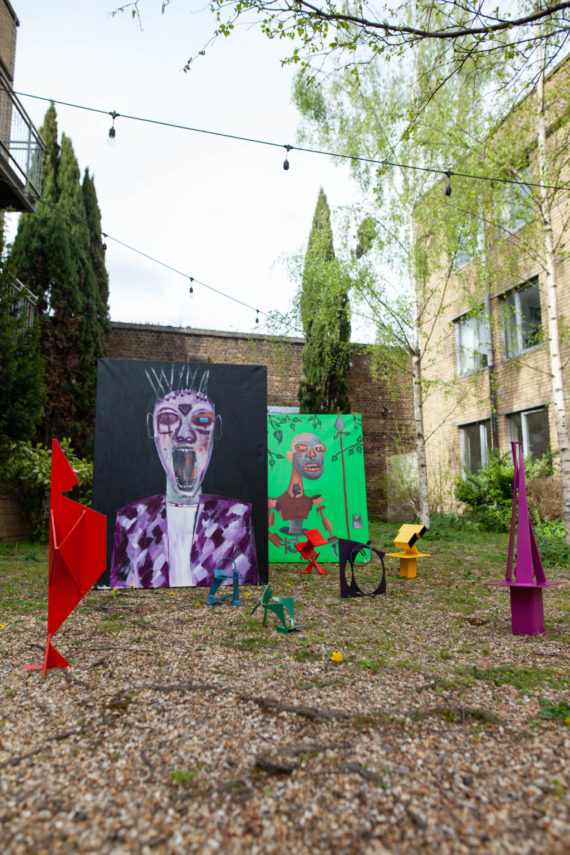 The show brings together paintings and sculptures by two British artists Roland Lawar and Anthony Laurencin. The exhibition title, taken directly from Lawar’s writing, speaks to the central themes of each artists’ practice: perception, personal interpretation, lived experience, and materiality. 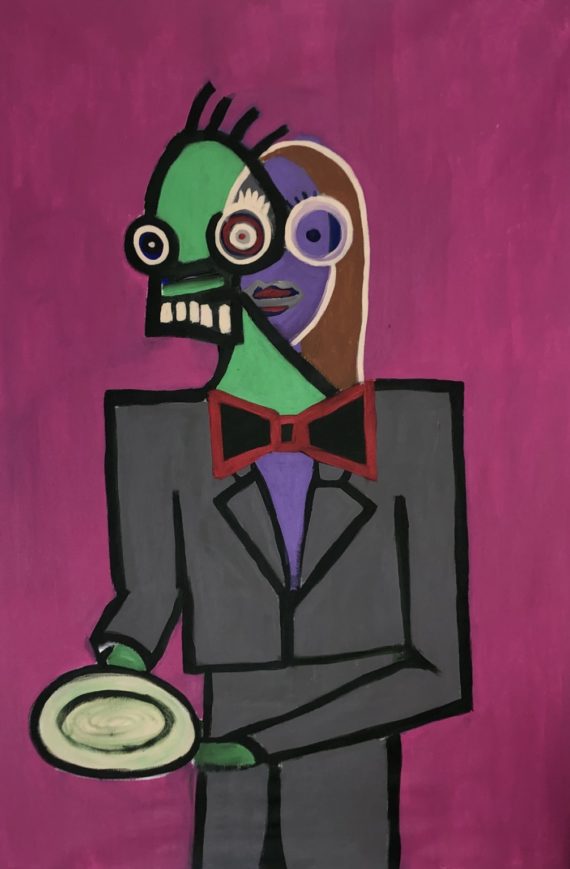 On the recommendation of Bolanle Tajudeen, STUDIO WEST became familiar with the striking work of Anthony Laurencin and is excited to introduce this noteworthy ‘outsider artist’ to London collectors and critics. Roland Lawer has received a number of public art commissions and exhibited widely outside of the city, STUDIO WEST is pleased to present a selection of his smaller works once again in a gallery context.

Sculptor Roland Lawar has been creating abstract metal sculpture in animated, intertwined forms since 1984. Inspired by his African heritage and spending childhood hours in blacksmiths and carpenters in his hometown of Lagos, Nigeria, Lawar became deeply invested in the limitless potentialities of form and the capacity for material transformation. His work fuses child-like vitality with angular geometry – combining the logical and architectural with the playful and energetic. He incorporates found objects and casts from steel to bring together unique and distinctly contemporary forms reminiscent of British modernist sculptor Anthony Caro. Many works utilise reclaimed steel, breathing new life into ‘waste’ objects, through cleaning, moulding, welding, and painting. 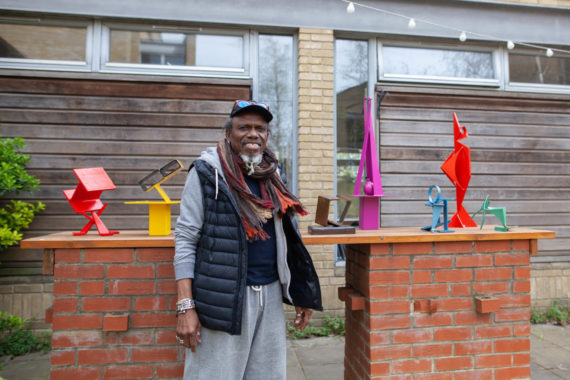 Anthony Laurencin’s work is intrinsically rebellious, he creates bold, narrative-led paintings anchored in a strong self-referential style. Having begun his practice only a few years ago, Laurencin has no formal training, and as such, his artistic language is honest and unique. He works on unstretched canvas with multiple layers of acrylic paint, allowing his evolution of ideas to remain visible in the final piece. For this exhibition, some will hang like tapestries while others have been stretched into new forms. Much like Lawar, colour is central to Laurencin’s painting. Strong palettes introduce a sense of vibrancy and urgency to the personal subject matter, scenes often drawn from everyday life. 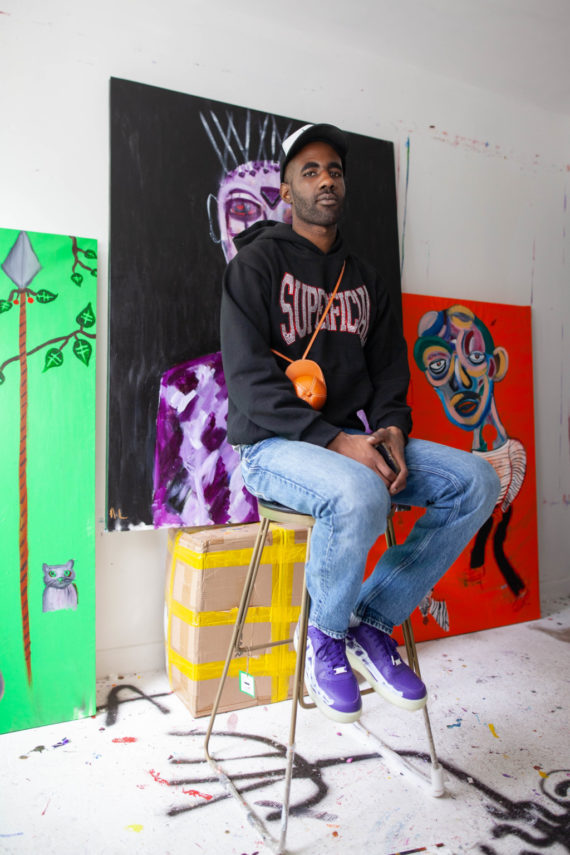 As Seen By Me illuminates a fascinating inter-generational conversation between two artists creating in bold and defiant styles. The exhibition introduces a selection of exciting and previously unseen work to the London art market, inviting collectors, critics and viewers into a dynamic space of interpretation and consideration. 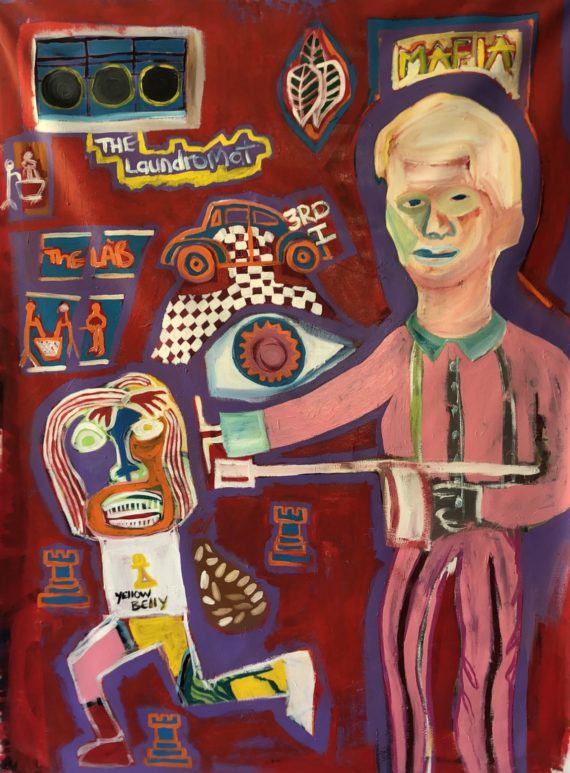