I’ve made a new short film that debuts at Analogue Ensemble’s Live Film and Performance Night, 7:30pm, 9th June 2016 at The New Inn, Whitstable. This event is part of the wider Whitstable Biennale Satellite programme.

‘In search of the unreal n.02’ is a digital film, 6 minutes 20 seconds long. It traps fragments of a trip, reconstructing them into a collage of disrupted, distorted, de-graded and uncertain perspectives. It features footage of a journey made from Canterbury to Whitstable Harbour, a route inspired by the1830’s ‘Crab and Winkle’ railway line. I captured the footage for my film by taking the current-day equivalent of this train route from Canterbury to Whitstable then cycling from the station down to the harbour. 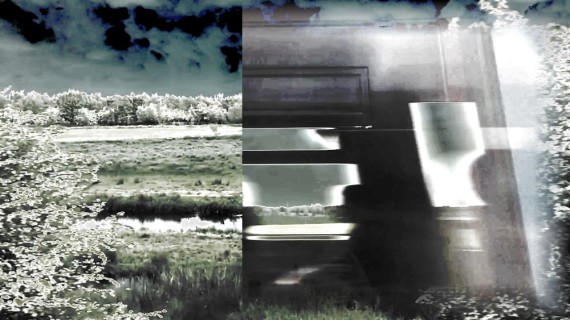 The film night offers a programme of artists’ film, video, and live performance work selected for The New Inn, one of Whitstable’s oldest purpose-built public houses. Works will explore the material and social histories of the site, engaging with notions of the public house as a space for play, performance, disruption and contemplation.

The event is free – all welcome

Planning your visit – the Satellite Programme

Analogue Ensemble is a changing programme of live projected film and sound art, bringing together established and emerging artists and filmmakers from the UK and beyond to Kent. Organised by Joseph Dance and Cathy Rogers.