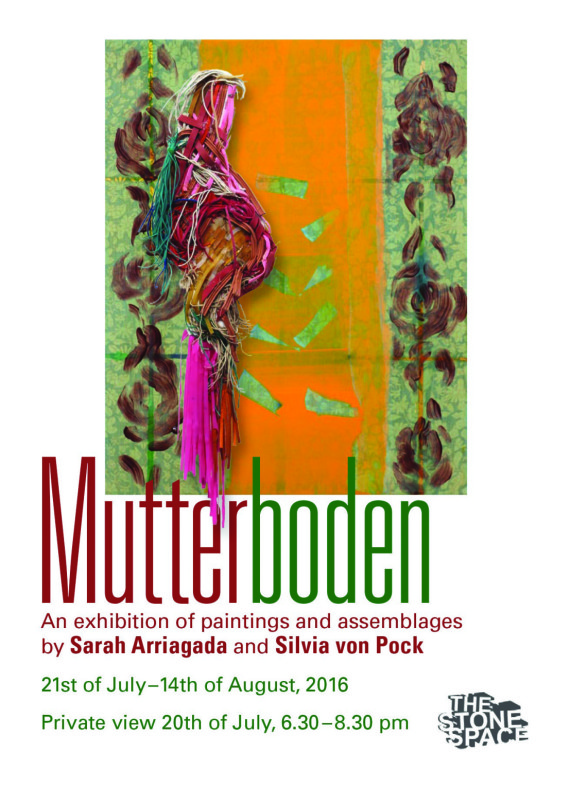 Mutterboden brings together German painters Sarah Arriagada and Silvia von Pock and their shared interest in a playful, material and process-based approach to image making. Both artists take everyday materials as their starting point, from cheerful textiles to discarded packaging and plastics, and create paintings that explore their visual, tactile and structural possibilities.

The German word Mutterboden (mother soil: engl. top soil) refers to the earth, the medium in which things germinate and flourish. In the context of this show it alludes to the mass of ‘stuff’, the visually fertile layers of cheap, colourful debris that surround us and from which these art works grow. Shown here together for the first time, Arriagada and von Pock’s works generate a lively dialogue with and about seemingly worthless materials and what they offer the restless and resourceful eye.

Sarah Arriagada was born in Hamburg, studied fine art in Berlin and has exhibited in France, Germany and the UK. She lives and works in London. saraharriagada.com

Silvia von Pock studied fine art in Bremen and Berlin. She has curated and exhibited widely in Germany and lives and works in Hamburg. silviavonpock.de