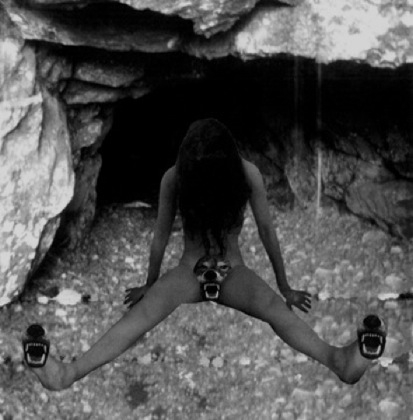 Helena Hunter presents a menagerie of mythic monsters, hybrid forms, and bodily transformations in Myths & Metamorphosis, a series of film and photographic works exploring the dark and magical world of Greek mythology. Referring primarily to Ovid’s Metamorphosis, Hunter explores the text as a visual language using her body as subject to recast the myths. The stories depicted include Hera, whose breast milk formed the Milky Way, Scylla, with ferocious dogs in place of her lower limbs, and Europa who was ravished by a giant bull whilst gathering flowers in a meadow. This new work follows the success of Tracing Shadows presented at The National Review of Live Art 2008. http://www.helenahunter.com/home.html