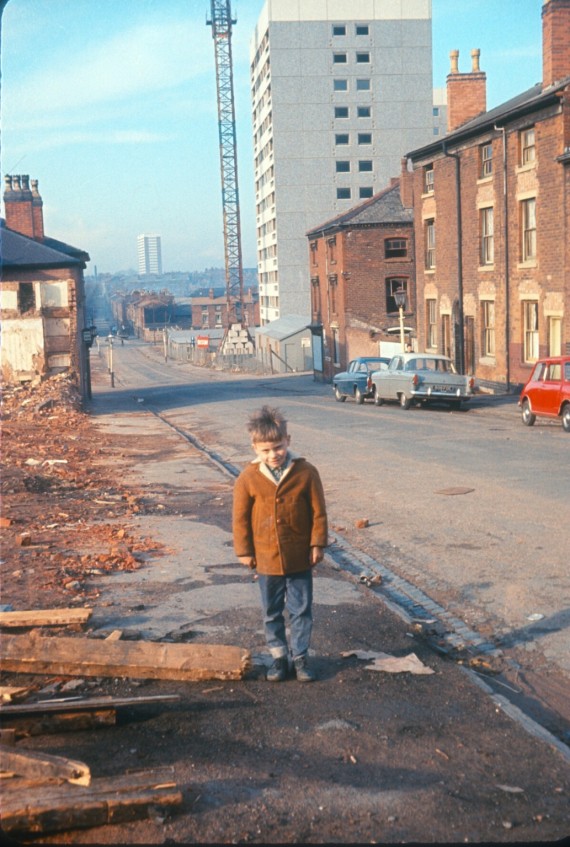 Nicklin Unseen, which launches on 1 October in Snow Hill Square, will feature over 50 images of Birmingham between 1953-69, a time when city engineer Herbert Manzoni helped lay the plans which saw the building of new roads, housing, schools, shops, public facilities and re-house industry across the city. This transformation saw the construction of The Rotunda, the Bull Ring Shopping Centre and the Inner Ring Road, all of which have come to be iconic structures of the city both in their fabric and design.

The images featured in the exhibition were shot by Phyllis Nicklin, a staff tutor in geography at the extra-mural department at the University of Birmingham. Taken over a 16-year period as part of a long term, structured project, Nicklin used her camera to carefully document, analyze and teach others about the rapidly changing face of the city centre and outlying suburbs.

In 2014 Brumpic, a community orientated website and Twitter account which promotes awareness of the city’s heritage, approached the University of Birmingham about Nicklin’s work and was granted permission to use and promote the archive. The selected images witness the clearance of nineteenth century slums and their replacement with new estates and tower blocks; old and new shopping facilities and related services; sites of industry and leisure; the city’s key transport networks and the heart of the city centre, including Colmore Business District.

Nicklin Unseen is a collaborative project between Brumpic, Colmore Business District (CBD) and the Library of Birmingham. It received a Heritage Lottery Fund Sharing Grant in August and has received additional funding from leading transport consultancy JMP and support from Reuben Colley Fine Art.

Mike Best, board director at Colmore Business District, said: “This year is a significant one for Birmingham’s ongoing transformation. As New Street Station is reborn and the redevelopment of Paradise gets underway,  Nicklin Unseen allows us to look back at how far as a city we have come in 50 years. CBD has a history of exhibiting photography in public places and this provides access to the widest possible audience for a unique body of work.”

David Oram, director at Brumpic, said: “For many years these visually arresting and historically important images have remained largely unknown outside the confines of the lecture theatres at the University of Birmingham. It wasn’t until 2003, when a selection of around 450 images were digitised and put online that Nicklin and her work gained attention, almost 50 years after her death.  Nicklin probably had no idea how significant her work would become and how widely it would be seen. We’re excited to be able to offer this opportunity and allow people to discover and appreciate her unseen work.”

Nicklin Unseen opens in Snow Hill Square on 1 October 2015 until January 2016 and is free to visit.