Written and conceived while in a meditative trance state attained through the practice of Chilla, each performance forms part of a ceremonial ritual invoking the symbolism of the tiger; a figure emblematic of resistance, identity and pride in culture.

Swan Nemesis is Dipesh’s alter ego; a mythical form of female energy from the future, a sādhak in Vimalābhūmi, using the art of lyricism as weaponry in live and recorded performance. Swan Nemesis subsisted on sound not calories. Her fire never dampened by the overwhelming bleakness and darkness of the Kali Yuga.

The creation of a myth for Swan Nemesis, who is accompanied by the presence of a tiger in various forms, developed from a brief encounter with a small group of children from Cliftonville, Margate asking “Where you from? What animals do you have in India?”. This work is ongoing and dedicated to them – Patrick, Alex, Igor, Lucas, Egge, Zayna & Marek.

Book to attend the performance 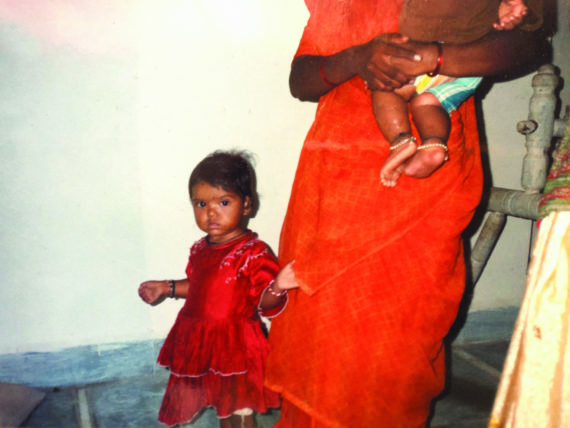 Born in Tanzania, my [im]migrant journey started at the age of three, taking me to England, France, America and India. Writing is an integral part of my artistic practice; drawing from research and reflection on ethnopoetics, sensory and auto-ethnography, ritual and linguistics. The critical questions raised across my work as a Brown artist and activist are informed through the constant navigation of multiple intersecting peripheries found within social contact zones. Using a range of alter egos I explore chronologies, cosmologies and ghosts embodied in the oral histories of diasporic identity and the safeguarding of living archives. Interested in memory creation and commemoration as acts of erasure, dispersion of culture and alternative methods for archival practice; enabling simultaneous transference and creation of knowledge within collaborative spaces for human connection, resistance and hope. Music, sound and words are used throughout as mnemonic devices for excavating autobiographical and cultural memory; exploring the politics of the street using conversation and public space as generative sites for research, performativity and dissemination through acts of dissent, protest and refusal. Cross-examining creation, expression, preservation and suppression of the cultural identities embodied within people of the Global Majority. The work merges personal, historical and contemporary material; engaging with processes of [un]learning and sociopolitical discourse in an attempt to find sanctuary from trauma and strength in resistance. I am of East African South Asian heritage, my mother tongue is Gujarati; my other tongues are Hindi, French and English. Currently living and working in Cliftonville, Margate, on the south-east coast of England.